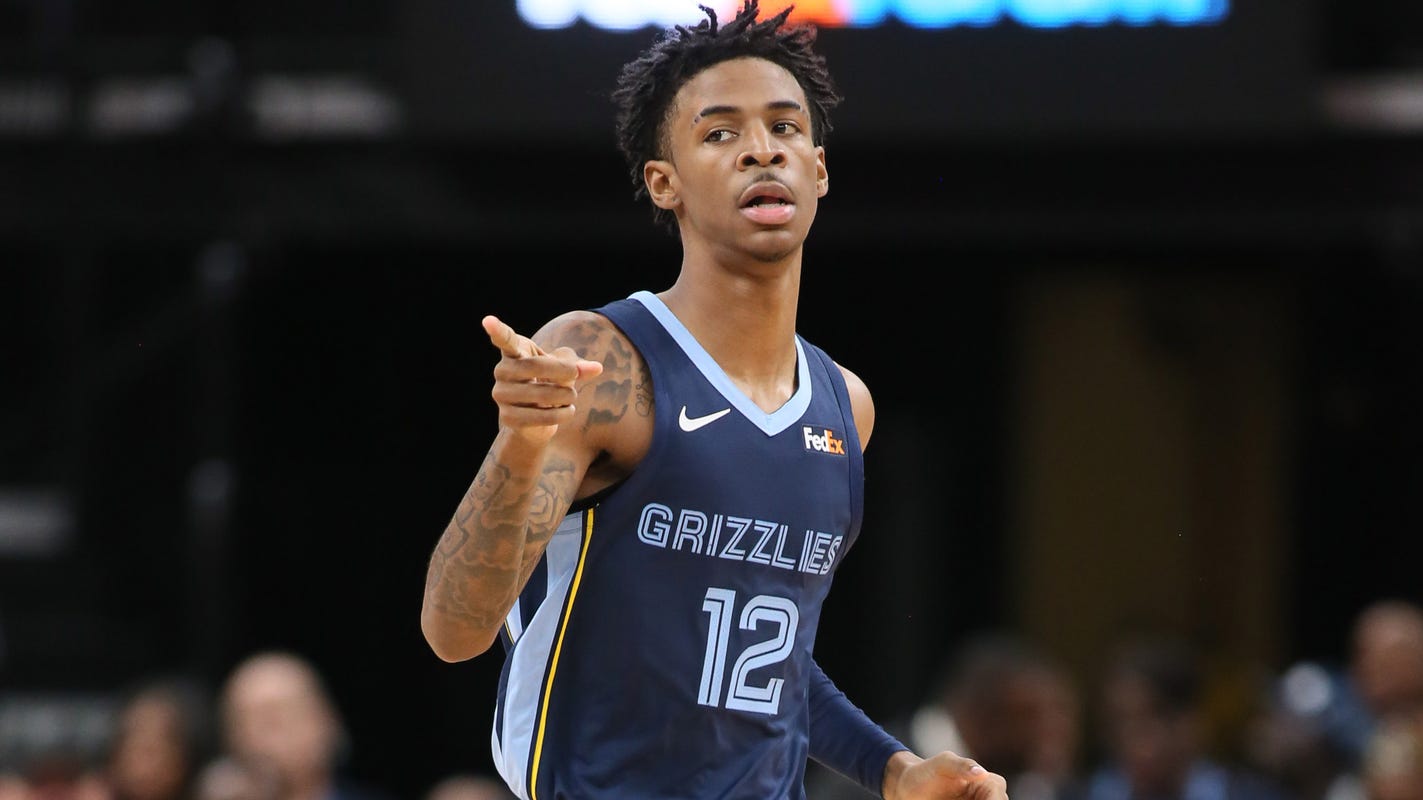 Grizzlies’ Morant wins NBA Rookie of the Year in landslide


The question wasn’t if Ja Morant would win NBA Rookie of the Year. It was if he would become just the sixth unanimous winner in league history.

He wasn’t unanimous, but the Murray State product was a runaway winner, receiving 99 first place votes and becoming the second player in franchise history to be named the league’s top rookie.

He was one vote shy of winning unanimously.New Orleans Pelicans forward Zion Williamson, the No. 1 overall pick, claimed the other first place vote.

Morant, the No. 2 pick in the 2019 draft, follows the footsteps of Pau Gasol, who won it in 2001-02. Just like Gasol helped usher in the Grizzlies’ first era in Memphis, Morant did the same for this current era.

The Grizzlies were projected to win 27½ games before the season and finished with 34 while contending for the No. 8 playoff spot in the Western Conference playoffs. Although they lost a play-in game to the Portland Trail Blazers, Morant scored a career-high 35 points to cap one of the best rookie seasons in franchise history.

More impressively, he became one of the league’s best closers as he finished ninth in the NBA in fourth-quarter scoring (7.0 points). He also was the fourth rookie guard in league history to average at least 17 points while shooting 47% from the field.

The other three? Magic Johnson, Michael Jordan and Oscar Robertson.

Morant’s highlights quickly made him a fan favorite in Memphis and around the NBA. His first win saw him block Kyrie Irving’s potential game-winning shot and set up Jae Crowder for the game-winning 3-pointer.

He had one of the NBA’s best dunks this season over Phoenix Suns center Aron Baynes. His finest moment was scoring 27 points with 14 assists against the Los Angeles Lakers to end a Grizzlies’ five-game losing streak.

Even his misses attracted national attention. A near-dunk over Kevin Love had fans going nuts just for the audacity to try and leap over the Cleveland Cavaliers forward.

But that’s what made Morant special: A fearless attitude matched with dynamic playmaking ability. As the Grit and Grind era became famous for methodically and physically wearing teams down, the next generation is more about flashy and uptempo while still carrying that unselfish mentality.