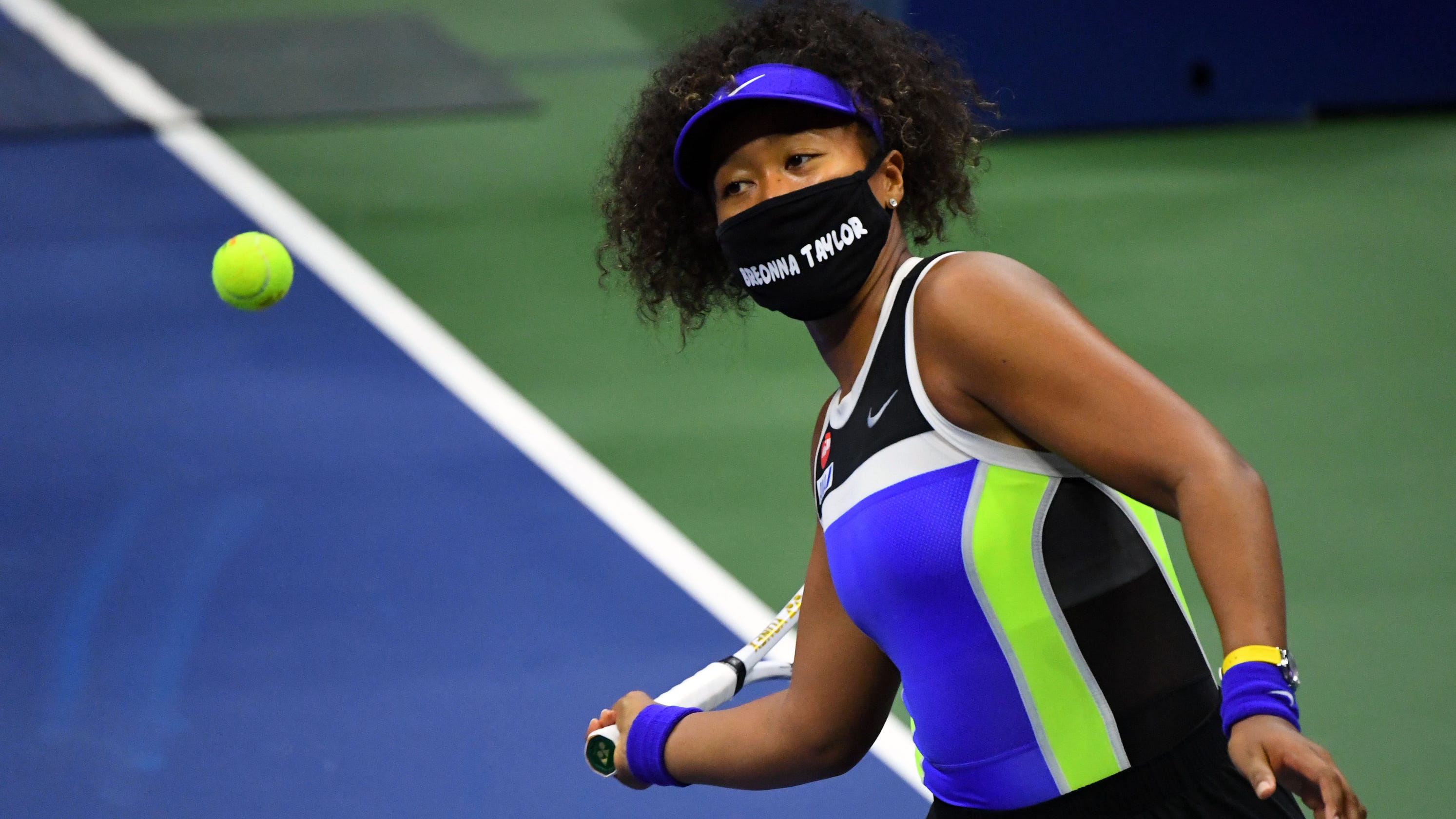 NEW YORK — A man named Elijah McClain got prime-time exposure Wednesday night. Not that he would’ve wanted it. Not that Naomi Osaka wanted any part of providing it for him. But this is where we are at the 2020 U.S. Open, where powerful messages are everywhere even as the fans are not; where a tennis center named for an indefatigable champion of equality, Billie Jean King, is honoring her legacy as never before.

It is a righteous charge being led by the 22-year-old Osaka, who has suddenly emerged as one of the most visible social activists in all of sports. Osaka moved into the third round with a 6-1, 6-2 dismantling of Italy’s Camila Giorgi on Wednesday, but her more important work was not accomplished with her racket.

“I’m proud of her,” Billie Jean King told USA TODAY Sports in an email. “Naomi has chosen to use her platform and use it as a catalyst for change. She is a leader among today’s athletes – men and women – and she is speaking from her heart and her mind.  It’s inspiring to watch a young leader step to the front and help humanity.”

Osaka is the daughter of a Haitian father and a Japanese mother, so she is the ideal poster person for a tournament with a theme of “Be Open.” As in open to inclusion, diversity, tolerance. Open to taking on racial injustice and inequality. Osaka won the U.S. Open two years ago, took Australia four months later and became the first Asian player to reach No. 1. After Jacob Blake was shot in the back by police in Kenosha, Wisconsin, last week, she decided she was not going to play her semifinal match as scheduled at the Western & Southern Open.

“(B)efore I am an athlete, I am a black woman,” she wrote on Twitter. “… I feel as though there are much more important matters at hand that need immediate attention, rather than watching me play tennis … Watching the continued genocide of Black people at the hand of the police is honestly making me sick to my stomach.”

Osaka didn’t expect much response from her one-woman protest. Then the ATP and WTA tours followed right behind her, pausing for a day of protest, and so did the USTA. Over 100,000 people retweeted her, and between Twitter and Instagram almost 650,000 people liked her post.

Before her opening round match at the Open, Osaka took the Arthur Ashe Stadium court with Breonna Taylor’s name on her mask. Wednesday night it was McClain, an unarmed, 23-year-old Black man who died in police custody last summer after being stopped by officers in Aurora, Colorado, and put in a chokehold as he walked home from a convenience store. Osaka would play five more matches in the tournament if she were to make the final. She has five more names and masks ready to go.

Who will be next? George Floyd? Ahmaud Arbery? She has way too many options to choose from. She is sick of new hashtags for fresh atrocities speeding around cyberspace every couple of weeks.

Osaka went to Minneapolis to mourn Floyd’s death and engage in peaceful protest. She wrote an Op-Ed piece for Esquire magazine. She wants people to Google Elijah McClain and Breonna Taylor and a long list of other victims of police excess. She has a platform and she’s turning it into a loudspeaker, and doesn’t want any credit for it.

Stacey Allaster  is the new tournament director of the U.S. Open.

She said the Open has been working on its messaging initiatives for months.

“George Floyd’s death really was an awakening and a further moment for the organization, our staff, our leadership. … There’s more to do. This organization is united  to use our sport to bring about opportunity and equality.”

The USTA is featuring 18 Black and BIPOC artists in an art installation that covers the first rows of seats at Ashe along the baseline. The exhibit is called ”Black Lives to the Front.”

”Black Lives to the Front,” an art installation featuring works from 18 Black or BIPOC artists, is featured in the front rows along the baseline at Arthur Ashe Stadium. (Photo: Danielle Parhizkaran, USA TODAY Sports)

In her news conference after defeating Giorgi on Wednesday night, Osaka answered more questions about her advocacy than about her tennis. McClain was a massage therapist who would sometimes play his violin at animal shelters because it calmed them. His mother moved the family out of Denver to get away from gangs and violence. McClain had no police record. He was walking home from a Shell station after buying an iced tea. His life ended not even 100 feet from his front door, shortly after a carotid chokehold by police, an injection of a sedative by paramedics and a heart attack.

This Open is being contested in a bubble of sorts. Osaka is in the midst of it, but there’s no bubble that is going to stop the transmission of her message. She talked about how racism “isn’t just an American thing,” but a soul-crushing pandemic all its own. She thought again about Elijah McClain, the dead man whose name was on her mask.

“Today was very special in the way that I wanted to represent him very well,” she said.