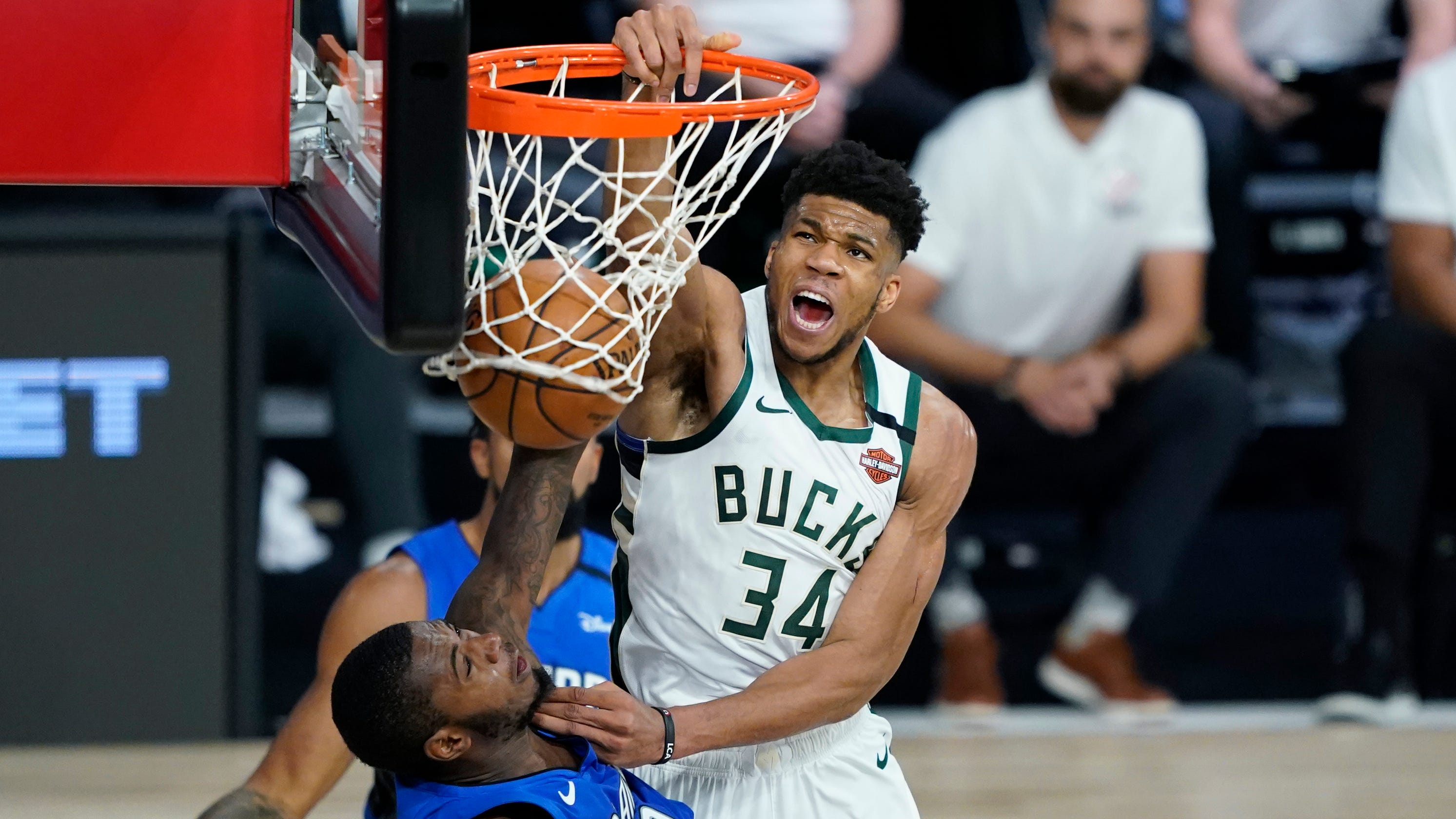 There’s no comparison at all

USA TODAY Sports’ Jeff Zillgitt breaks down how acquiring the top pick in the NBA draft is critical for the Timberwolves.

When Richard Jefferson played for the Cleveland Cavaliers, he was a guy a reporter could go to for insightful, thoughtful and even funny answers.

When Jefferson posted on Twitter late Wednesday night that Milwaukee’s Giannis Antetokounmpo “might be a Pippen…. there I said it! He needs his Jordan,” it was neither insightful, thoughtful or funny.

It was a comment – an absurd one at that – for social media where the most scorching of hot takes go viral and are preferred over nuance and reason.

Even Scottie Pippen disagreed, on Twitter of course, saying, “I’m not Giannis—I don’t have back-to-back league MVPs (he will in a matter of days)—and he’s not me. The question is… who were you as a player?”

And the whole exchange drives part of the NBA news cycle for a day or two, and here we are, I’ve fallen into the hot take vortex.

Giannis might be a Pippen…. there I said it! He needs his Jordan. pic.twitter.com/L89DG9JjHD

But I’ve also come to set the record straight. Antetokounmpo is not Pippen at all. He is about to win his second MVP and he produces historic statistics, including the highest  player efficiency rating (PER) in league history at 31.86, a fraction higher than anything LeBron James, Michael Jordan, Wilt Chamberlain or Steph Curry ever generated.

If you want traditional stats, Antetokounmpo averaged 29.5 points, 13.6 rebounds, 5.6 assists and shot 55.3 percent from the field in just 30.4 minutes per game this season. He is 25 and in his seventh NBA season. He hasn’t even reached his prime.

If you want to know why Jefferson made that comment, it’s because the Bucks are down 2-0 against Miami in their Eastern Conference semifinals series, and while Antetokounmpo has been fine, he has not been dominant. It was a gratuitous and superficial shot at Antetokounmpo.

Miami has done a fantastic job executing a game plan that is focused on limiting what Antetokounmpo does.

Does Antetokounmpo need to be better against Miami? Yes, without question. Are there other issues that need attention, such as Bucks coach Mike Budenholzer’s playoff decisions? Yes. Do the Bucks maybe need roster improvements? Maybe Antetokounmpo needs his Pippen, who by the way is a Hall of Famer and was an excellent player.

That’s the perceived slight, a small knock on Pippen at the same time: Antetokounmpo is great, maybe just not an all-time great as if there’s some shame in that.

But don’t let Jefferson fool you. Perhaps he made his cheeky comment just to rile up people and he actually knows better.

Antetokounmpo is a transcendent star whose unique skillset makes him one of the best two-way players. He was just named defensive player of the year and that second MVP should come any day.

The number of players who won MVP and defensive player in the same year: Hakeem Olajuwon and Michael Jordan.

The number of players with multiple MVPs: 13. And everyone on that list who isn’t playing is in the Hall of Fame, and the ones who are still playing (James and Curry) will be in the Hall. And so will Antetokounmpo.