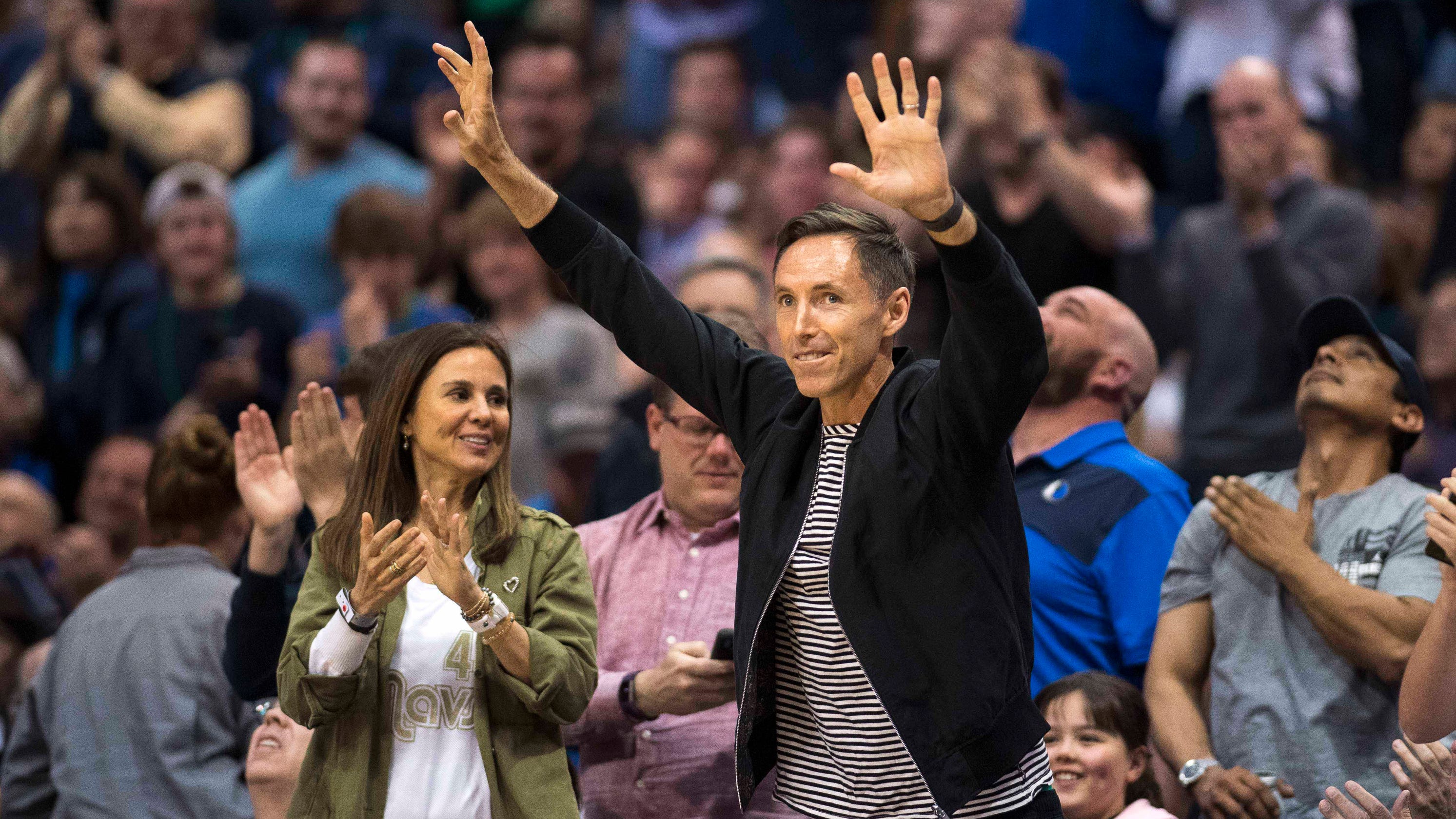 Steve Nash, in his role as Golden State’s player development consultant, showed up a couple of times a month.

But those rare appearances to work with players made a significant impact.

“Steve is one of the smartest players who has ever played the game,” Warriors coach Steve Kerr told reporters two years ago. “He’s one of the most skilled and probably got more out of his physical ability than anybody I had ever seen. … He has tremendous knowledge and the ability to teach. He’s an incredible asset for us.”

On a visit to the Warriors late in the 2017-18 season, Nash worked with Kevin Durant (now with Brooklyn if you want to connect some dots) and Patrick McCaw.

“I just sat there mesmerized watching him at work,” Kerr said. “He picks apart the nuances of the game. He teaches so well. These guys were just rapt listening to him.”

Nash, 46, now has the opportunity to impart his knowledge of the game on a daily basis. The Brooklyn Nets hired the two-time MVP as their coach in a surprise move.

Steve Nash was named the new coach of the Brooklyn Nets, a team that finished seventh in the East with Kevin Durant and Kyrie Irving missing time with injuries. (Photo: Jerome Miron, USA TODAY Sports)

While Nash worked with the Warriors since 2015, his name was not mentioned publicly as a candidate for any of the job openings. Give credit to Nets general manager Sean Marks for keeping that quiet and allowing the interview process to play out.

This was Marks’ hire, but there’ no doubt Durant influenced the decision. In their limited time working together, Nash made an impact on Durant, who is an MVP and two-time Finals MVP.  When Golden State’s Steph Curry was named MVP in 2016, Nash was on stage with him. Nash has automatic respect from players.

“He’s someone I can talk to about anything and somebody I really respect. His basketball mind is probably the best I’ve been around,” Durant said in a 2018 story in the Mercury News, based in San Jose, California. “He tries to simplify the game and keep me conscious of those things as well. It’s simplifying and keeping it as easy for yourself. I’ve learned so much. So many people taught me how to play. He’s continued to teach me different things I can put in my game.”

Nash inherits a team that has championship aspirations with Durant and Kyrie Irving, who will also learn from Nash’s point guard knowledge. Brooklyn has other talented players (Caris LeVert, Spencer Dinwiddie, Jarrett Allen, Joe Harris, Timothe Luwawu-Cabarrot) who need to fit alongside Durant and Irving.

The Nets, who were without Durant all season and Irving for much of the season due to injuries, finished seventh in the East and were swept by Toronto in the first round. Moving from seventh to contender won’t be easy with teams like Miami, Toronto, Milwaukee and Boston fielding high-level rosters.

The Nets also hired a coach who is a strong advocate of social justice. Nash replaced his Twitter avatar with a photo of George Floyd and regularly tweets his support of social justice and racial equality initiatives. The Steve Nash Foundation is “dedicated to assisting underserved children in their health, personal development, education and enjoyment of life.”

It is an unconventional hire because Nash has no previous head coaching experience and hasn’t spent a season full-time on a bench as an assistant. It’s also fair to point out neither did Kerr before he took over the Warriors in 2014. And while there haven’t been many NBA MVPs who also became coaches, the results are mixed with Magic Johnson and Larry Bird. Bill Russell is the most successful but that was 50 years ago, in another era of pro basketball.

Nash brings a different background. He can relate to both the superstar and the 12th guy on the bench. Born in South Africa and having grown up in Canada, Nash was good in high school but not one of those destined-for-greatness five-star players. He wasn’t recruited much and ended up at Santa Clara, where he played four seasons before getting drafted by Phoenix in the 1996 draft.

He wasn’t a star rookie either. Nash didn’t make any of the All-Rookie teams and played just 10.5 minutes per game his first season. Of course he had skills. You don’t get to the NBA without some talent. What he also possessed was an incredible work ethic and high basketball IQ. He played for great coaches in Don Nelson and Mike D’Antoni and worked with Kerr and his accomplished staff.

He seems to be the kind of teacher who realizes not everyone is going to see the game like him, and he can deal with that while trying to teach players how they can improve individually and collectively.

That doesn’t mean this will work for Brooklyn. But it will be fascinating to watch the results.