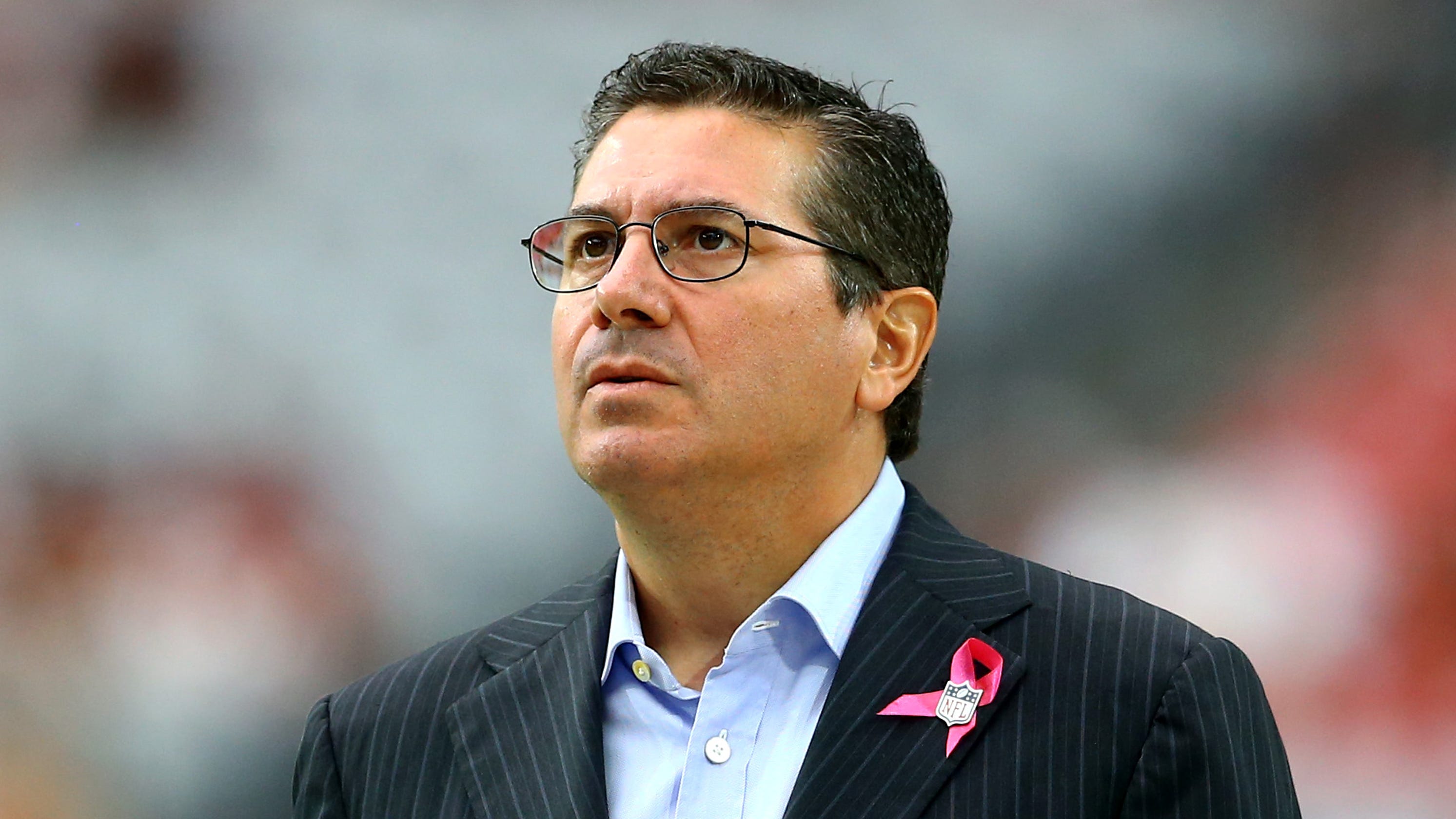 SportsPulse: The Washington Post revelations of rampant sexual harassment is more than enough to justify the removal of Dan Snyder as owner of the NFL’s Washington franchise, says Christine Brennan.

Beginning Thursday and throughout the weekend, ESPN will air interviews with four female former employees of the Washington Football Team who allege a corrosive culture within the organization detailed in a pair of Washington Post reports this summer.

The women, who spoke with Jeremy Schapp of “Outside The Lines,” say they were harassed and subjected to misogynistic and sexist behavior — claims well-documented by the Post.

Parts of their conversations with Schapp were aired Thursday on the “ESPN Daily” podcast.

“It’s hard, working there,” said Rachel Engleson, a former director in the marketing and client services department. “You just know that depending on the certain way you dress there’s gonna be comments made about what you’re wearing, how you look. When you walk through the office, you’re just kind of waiting for the comments to come from male colleagues. I would get inappropriate comments about my hair, my outfit, how I looked, in public, in front of my own clients.

“In a way, it became a running joke and a rite of passage. If it didn’t happen to you, then maybe you were only there for a week.”

In 2018, team owner Dan Snyder hired Brian Lafemina from the league office as president of business operations and chief operating officer. Engleson told ESPN that leadership under him became more receptive to employees’ concerns and recalled a meeting with a pair of executives about the treatment of women.

The bosses were  “very upset” and “horrified,” she said, and belief existed that Lafemina could improve the culture. Instead, he was fired eight months into his tenure, and Engleson said the marketing and sponsorship teams were informed things were “going back to how things were.” Engleson then resigned, she said.

Following the first Post report, Snyder announced Washington D.C.-based lawyer Beth Wilkinson would lead an internal investigation into the allegations. After the second Post story, Wilkinson will now report her findings to the NFL instead of the team.

Klein recalled how consistent badgering from one player to go out with him led to the player following Klein to her car.

“How am I supposed to do my job when I have somebody waiting for me in the parking lot?” she told ESPN. “And I have my colleagues telling me, ‘Oh, just wait. Couple days they’ll get tired and then they’ll chase someone else.'”

In the second Washington Post story, one of the more disturbing allegations included the video production staff cutting reels of the cheerleaders’ calendar shoot for the enjoyment of the male C-suite members.

One member of the internal production team, Megan Imbert, recalled seeing footage in the editing bay of a zoomed-in bikini bottom area.

“It was a piece of footage. I just found it to be odd, but I saw it there,” she told ESPN. “It was just one of those things I tucked away in the back of my head, just thinking: ‘I just hope something never comes of something like that.’

“This is not something (the cheerleaders) would have consented to,” Imbert said.

Brad Baker, a former staff member who worked for former team vice president and announcer Larry Michael, told the Post that Michael requested the creation of the video; Michael and Snyder have denied the claim.

“Watching those videos — I just blacked out,” she said. “I couldn’t watch the 2010 video all the way through.”

At a charity event at the Washington Hilton Hotel in 2004, Snyder allegedly approached Scourby and told her that Dr. Anthony Roberts, an opthalmologist who had performed Lasik surgery on Scourby, was “here.”

“He said, ‘You know, we have a hotel room. Why don’t you go upstairs and get to know one another better?” Scourby recalledin the ESPN interview.

Scourby said Snyder was being “very serious” and that she replied “sorry I have to work, have a great evening.” Scourby said she reported it to her boss but that individual had no one to flag the incident to. Snyder has vehemently denied the interaction.

“He can deny it, but I have no motivation to make this up,” Scourby told ESPN.

“He has a lot of motivation to make this up. I don’t, so I’m fine to go toe-to-toe with him on it. People will say ‘he said, she said.’ She said it because it happened.”

The denials and categorization of incidents as “long ago” are offensive to the women who have complain, Engleson said, having left the team less than two years ago.