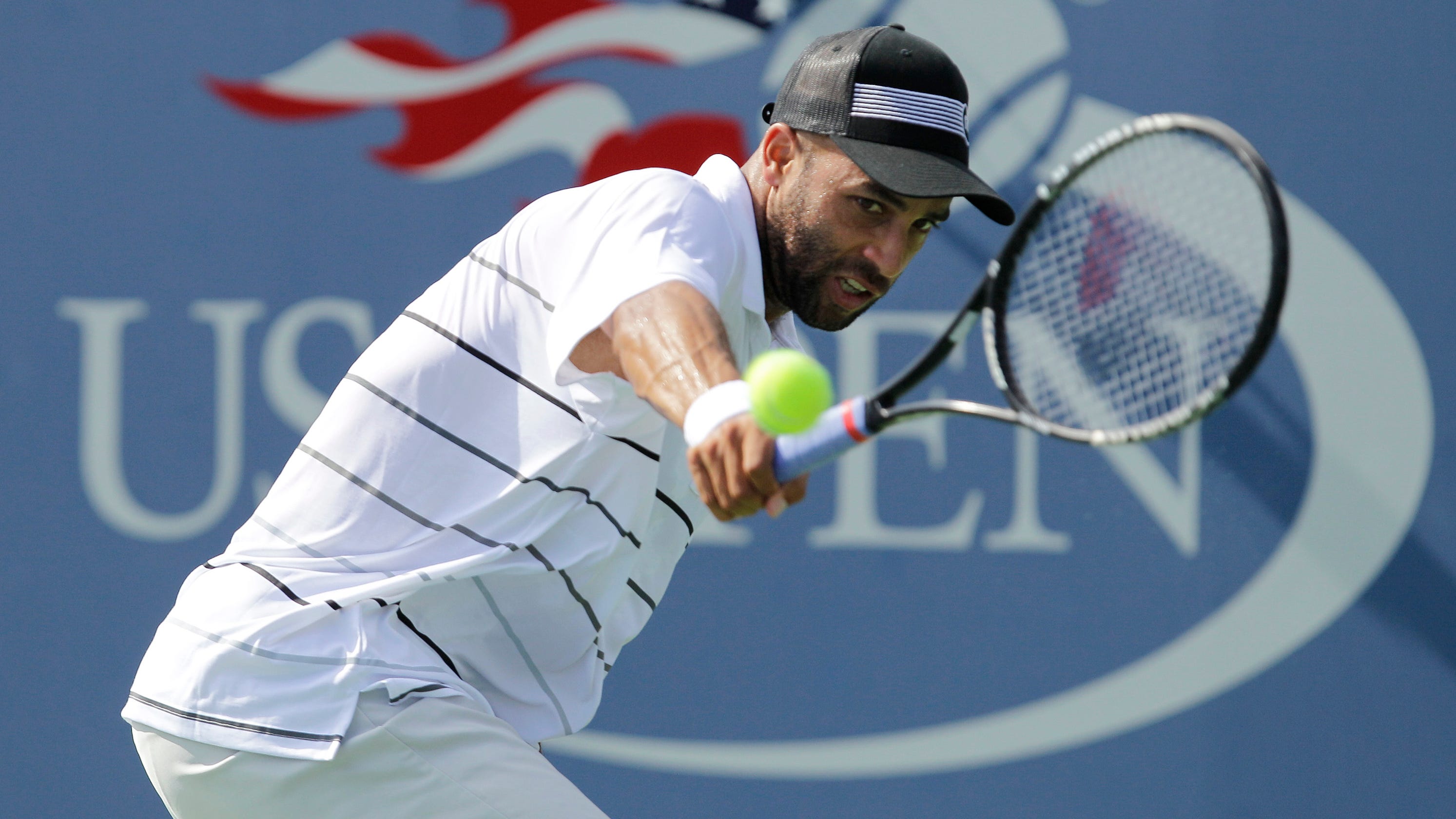 NEW YORK — James Blake, the newest commentator on the ESPN crew at the U.S. Open, was among the most popular American tennis players of his era. The nation’s top collegian coming out of Harvard in 1999, he was ranked as high as No. 4 in the world, defeating Rafael Nadal at the 2005 U.S. Open and following that with an epic five-set quarterfinal against Andre Agassi – just 15 months after he crashed into a net post and broke his neck during a training session.

Next week will mark the fifth anniversary of a more sobering memory for Blake, 40. Waiting outside his midtown Manhattan hotel to get a car service to the Open, Blake, an African-American, was jumped, slammed to the ground and handcuffed by a white plainclothes New York City police officer. Four other officers closed in for support. Police said it was a case of mistaken identity.

USA TODAY’s Wayne Coffey spoke to Blake before he went on the air Tuesday. The interview has been edited and condensed for clarity and length.

USA TODAY: You’ve had painful, personal experience with racial profiling and police excess. How do you feel about the events of this spring and summer, and the protests that have followed?

BLAKE: I’ve been on a roller coaster. After George Floyd, I was so saddened. It was a tragedy. I became even more saddened because I thought it would be just another incident that’s forgotten – two or three news cycles and then people would move on. And then I was encouraged by the protests – by the fact that there was sustained outrage over eight minutes and 43 seconds of kneeling on somebody’s neck, over obvious police brutality.

I wound up doing Zoom calls and virtual events, talking to a lot of young people. I was so encouraged that they want to make a difference.

USA TODAY: What was different about the Floyd incident that has made for such a sustained response?

BLAKE: Part of it is that the video is so graphic. You’ve got a man calling for his mother. You see the life going out of him, and you see the nonchalant attitude, not just from the officer who’s kneeling on him, but the officers around him. Their duty is to protect and serve. And it looks like in that video they’re protecting and serving themselves.

USA TODAY: What other factors have made the case still resonate?

BLAKE: Everyone is home with the pandemic. … So I think people are actually taking the time to learn, to read the news, to learn about the history of things. People are reconnecting. I think a lot of people started soul searching a little bit, asking themselves, ‘Hey, have I been a little blind to this?’

USA TODAY: What about the response to the Jacob Blake shooting in Kenosha, Wisconsin?

BLAKE: I’m proud of the [Milwaukee] Bucks for starting this domino effect, getting the NBA and WNBA, MLS and MLB involved.

USA TODAY: Do you really believe there has been a meaningful shift in people’s awareness and attitudes?

USA TODAY: In your sport Naomi Osaka has been in the forefront, refusing to play her semifinal in the Western & Southern Open, then wearing Breonna Taylor’s name on her mask before her (U.S. Open) first-round match. Will this have an impact?

BLAKE: Tennis is a predominantly white sport — an international sport. I’m proud of her. She took a stand, and then the ATP, the WTA and the USTA got on board and shut down tennis for a day, and that can have ripple affects all over the world. Now we have to figure out what action can be taken on the tennis side. And that’s up to these players now.

USA TODAY: What role can governing bodies and league offices, whether it’s the USTA or the NFL or the NBA, play in making a difference?

BLAKE: As much as we want to do as Black people, we need help. Althea Gibson may have never won Wimbledon without Alice Marble standing up for her. Jackie Robinson may not have broken into the big leagues without Branch Rickey taking a chance on him. There’s got to be someone behind the scenes to help. When you go to a protest and you see that it’s 50 percent white, now there’s going to be some change that can really happen.

ESPN commentator James Blake was tackled, handcuffed and arrested by police outside a Manhattan hotel in 2015 in what the police called a case of mistaken identity. (Photo: Robert Deutsch, USA TODAY Sports)

USA TODAY: What are some big things (that need to happen for change)?

BLAKE: The power of police unions. That’s a macro issue that’s not going away anytime soon. They are so strong. Almost nobody gets fired. If they do get fired it’s really a relocation. They go to a different community and they’re fine, starting with a fresh slate.

BLAKE: There are a lot of police officers who are doing their job the right way, doing great things. … Maybe if there were more training, there wouldn’t be a need for so many police officers, and maybe there wouldn’t be the bad apples. Which is a euphemism, because those bad apples are murderers, thugs, criminals. We need to call them what they are.

BLAKE: I think there needs to be a sort of reverse engineering, where we ask: ‘How do we get psychologically the right kind of people to be police officers?’

USA TODAY: You talked about how the protests and the response of young people gives you hope, but we’ve also seen so-called militias and vigilantes storming in to communities around the country, saying they want to restore law and order. What about that?

BLAKE: Calling them militias makes it sounds like we’re dealing with muskets in 1776 and they’re trying to overthrow the British. People say they are doing this out of love for their country. We’re not talking about a militia. These people who came to Kenosha over state lines, with guns, they were looking for trouble. If those were young black men, they would be called thugs.

USA TODAY: If you had a chance to talk face-to-face with Derek Chauvin, the cop who killed George Floyd, what would you say?

BLAKE: You never should’ve been a cop. You should be in jail.