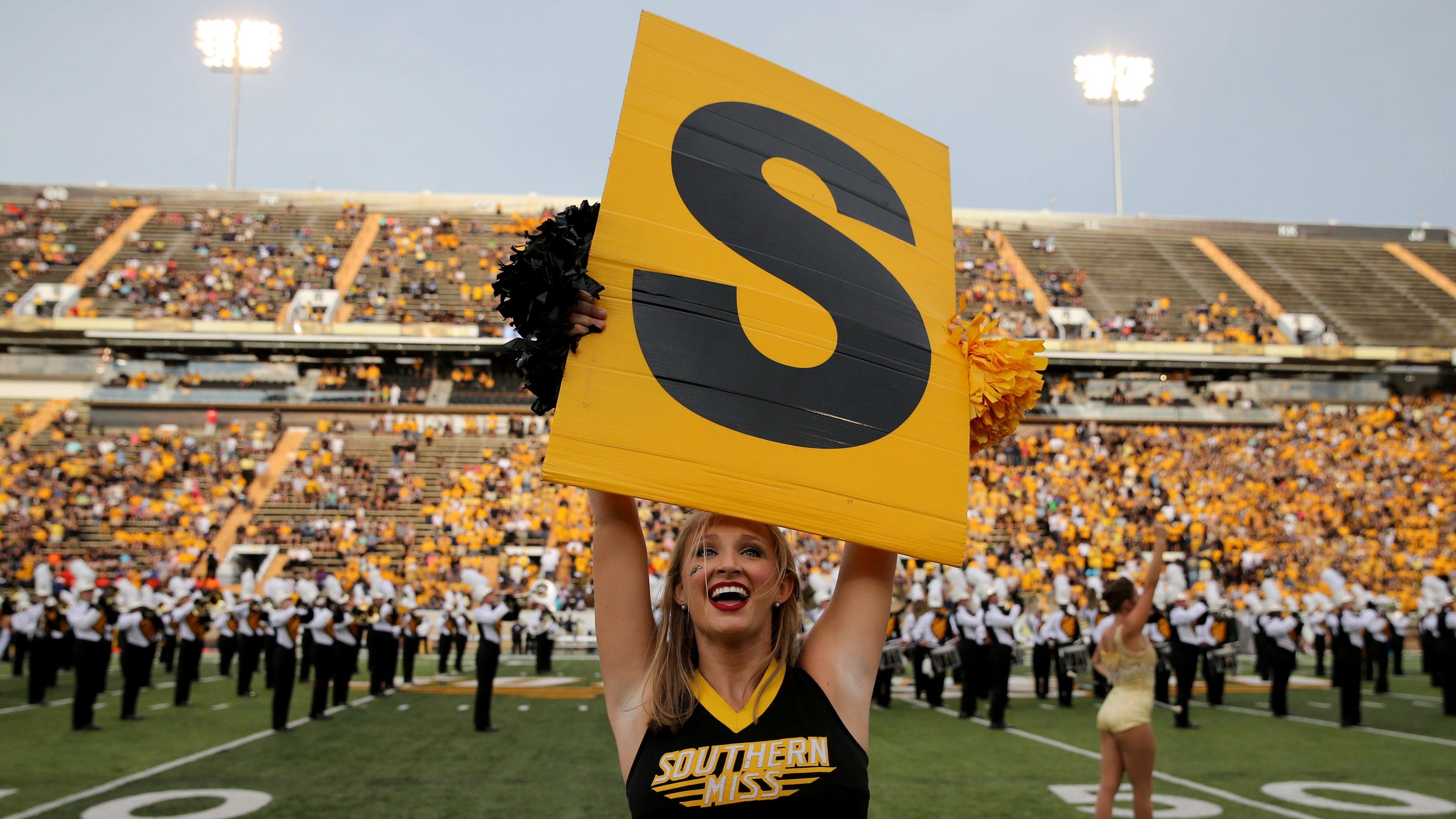 HATTIESBURG, Miss. — Leave it to Southern Mississsippi football coach Jay Hopson to sum up 2020 with a front-runner for understatement of the century.

However understated he may be, Hopson is right. 2020 has been different. Nearly six months after the spread of novel coronavirus led to the World Health Organization declaring a global pandemic, life as we know it still isn’t normal. And there’s no indication when that normalcy might come.

But on Thursday night, Hopson’s Southern Miss team has the opportunity to be a beacon of hope. The Golden Eagles host South Alabama on Thursday (CBSSN, 9 p.m. ET) in the first college football game of the year between two Bowl Subdivision schools. Not only that, but they’ll be doing so in front of a limited crowd, playing contrast against the empty NBA and MLB stadiums this summer.

It’s a big responsibility for Southern Miss to shoulder. But someone has to be first. Might as well be a program that can take all the attention it can get.

“We don’t always play in an arena where all eyes are on from the standpoint of really being the only show in town,” Southern Miss athletic director Jeremy McClain said. “It’s a unique opportunity, it’s a huge opportunity. I know our coaches and student-athletes understand that and the plan is to go out and take advantage of that. I just feel blessed to lead the way and have all eyes on our program Thursday night.”

The objective was always to get here. Six months of meetings and conference calls and conversations with medical experts all revolved around the simple goal of being comfortable enough to play football games on campus.

As conferences and programs across the country canceled and postponed their seasons, McClain says Southern Miss never wavered from its goal to make college football a reality in 2020.

“What we had to stay focused on was that everyone’s situation was a little bit different,” McClain said. “Even though you might be hearing the same things from conference to conference and from medical experts, working through the information you’re receiving and being willing to take it slowly was the key for us.”

That’s not to say McClain never lost confidence. He says there were days where he’d wake up feeling like football was a guarantee and then go to sleep thinking it was a pipe dream. When Mississippi started experiencing a massive spike in COVID-19 cases in late July and early August, McClain was as down on the chances of football as he had been.

But patience prevailed. Patience, and a key executive order from Mississippi Gov. Tate Reeves. When Reeves capped attendance for college football games at 25% stadium capacity, Southern Miss officially knew what it would be able to work with. Specifically, it knew to formulate its plan around a stadium with around 9,000 fans in it.

Precautions took shape. Ticket locations are assigned not by seat, but by section. Ticket holders who don’t share a household will be required to sit a minimum of six feet apart within their sections. Ushers will be on hand to enforce and regulate these seating requirements and special areas will be designated in the stadium for fans who want to sit even further apart from others.

Fans will be required to wear face coverings any time they are not seated. Every stadium gate will be open, allowing fans to enter or leave from any point and limit what McClain calls “pinch points.” Markers have been taped to the ground denoting how far people need to stand from one another when waiting in line for concessions. Hand sanitizing stations will be just about everywhere.

And what happens if fans in attendance don’t comply with the regulations? Security officers are trained in resolving these issues peacefully before being forced to take drastic action.

“We’ll obviously appeal to people to help us first,” McClain said. “If we have an issue where it becomes more than that, we’ll address it. But I think just trying to remind people will be the key thing and help them understand why we’re doing it and what we’re trying to get to.” ​

For fans, social distancing is the best policy. For players, it’s a guaranteed way to get benched.

Southern Miss players are about to experience a surreal moment in the COVID-19 world of college football. For months, coaches and administrators have preached to them how they have to stay away from people. Proximity is bad. Contact is impermissible. All to ensure that now they can breathe and sweat and collide with a bunch of strangers who they just have to trust have taken been as cautious as they have.

“I know what we’re going through right now,” safety Ky’el Hemby said. “But if you think about it, this is history. This is something you can always go back on. Like, ‘Remember 2020? Remember COVID-19? Oh yeah, I remember. I was playing football through it.’ I think that’s very cool.”

Senior quarterback Jack Abraham said he won’t be worried about the outside world once the game starts. He knows he’s taken care of what he needs to before the game. He goes to practice. He goes to the cafeteria for food. He goes home. He’s created the closest thing to a bubble that Hattiesburg can provide.

It’ll be up to not just Abraham’s teammates, but his opponents and his opponents’ opponents to hold themselves to the same standards. If everyone takes things as seriously as Abraham has, the quarterback has no doubt the season can finish as safely as it starts.

Few programs outplay their resources like Southern Miss. The Golden Eagles have posted winning records in 23 of the last 26 seasons and have gone to 18 bowl games over that stretch. But only two FBS schools generate less athletics revenue than Southern Miss, per the USA TODAY Sports database, and the Golden Eagles haven’t ranked inside the top 50 of the 247 Sports composite recruiting rankings since 2010.

Southern Miss just doesn’t receive the same level of notoriety as some of its competitors do. Seven of the Golden Eagles’ 12 regular season games last season were only available to watch online. National attention isn’t the default expectations for this football program, even if there are some years where the on-field product merits it.

That won’t be the case Thursday night. Southern Miss will have the opportunity to set the tone for how the 2020 season will be played and for what fans looking to go to games should expect.

“It’s exciting,” he said. “It really is. You’ll have all eyes on you. That’s an outstanding opportunity for our program and our university. It’s a great opportunity to get the 2020 college football season started.”