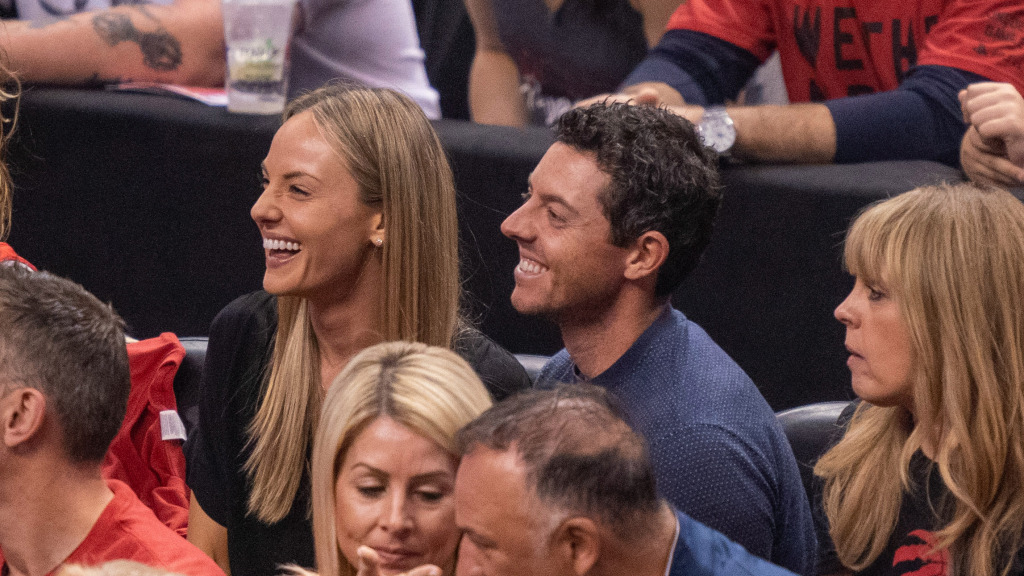 After keeping their first child a secret for nearly the entire pregnancy, McIlroy and wife, Erica, welcomed their daughter this week, McIlroy announced on Instagram Thursday morning.

Poppy Kennedy McIlroy was born Monday at 12:15 p.m. at Jupiter Medical Center in Jupiter, Florida, her father announced alongside a black-and-white photo of Poppy’s hand wrapped around his pinky finger.

“She is the absolute love of our lives,” her father wrote. “Mother and baby are doing great.”

The four-time major champion confirmed Saturday he and wife, Erica, were expecting their first child, any day.

“We’re about to be parents very soon, so we’re obviously super excited,” McIlroy said Saturday at the BMW Championship. “Yeah, we’ve been sharing the news with friends and family, obviously, but I didn’t think it was something that I really particularly needed to share out here. It’s a private matter, but we’re really excited and can’t wait for her to get here.”

Rory and Erica were married in April 2017.

No word on if McIlroy will be competing at the Tour Championship at East Lake Golf Club after Poppy’s highly-anticipated arrival. Jupiter, Florida, is an 8-hour drive, from Atlanta, Georgia.

The Tour Championship, where McIlroy is the reigning champion, begins Friday.

Rory McIlroy won the Tour Championship after starting at 5 under. Can Collin Morikawa?