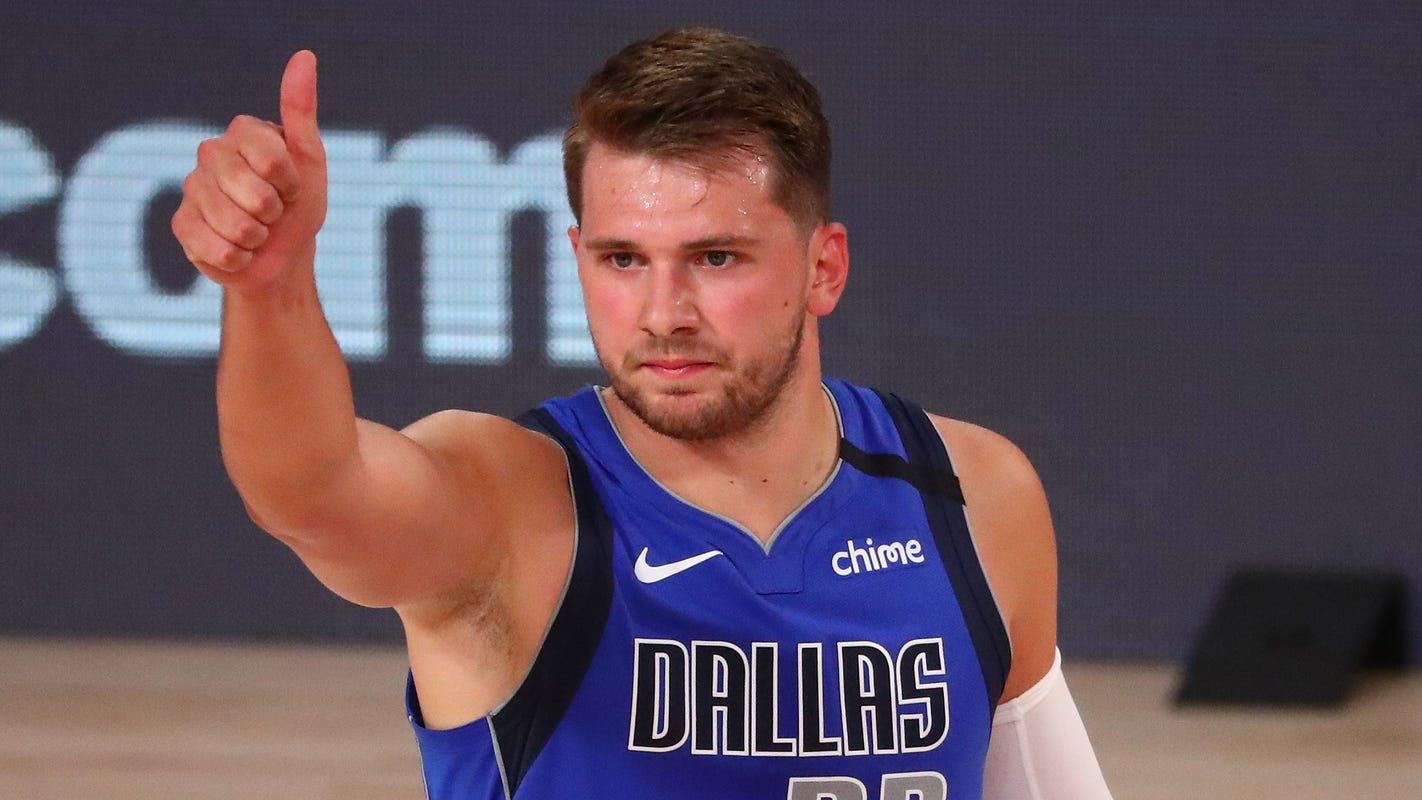 Just 23 years old, Utah’s Donovan Mitchell and Denver’s Jamal Murray each had two 50-points games in the first round.

At 21, Dallas’ Luka Doncic nearly averaged a triple-double in the bubble and became one of three players to record a 40-point, 15-assist, 10-rebound triple-double in a playoff game — joining Oscar Robertson and Charles Barkley.

When Mavs coach Rick Carlisle said, “there’s great optimism for the future,” it’s because Doncic will be an MVP candidate for the next decade.

Boston’s Jayson Tatum, 22, and Jaylen Brown, 23, are both averaging at least 20 points in the playoffs, and the list of young talent keeps going and going.

The future of the NBA shines with talent 23 years old and younger. Almost every game in the bubble has a young player making an impact.

Some are not just playing in the playoffs or contributing, some are in starring roles early in what will be Hall of Fame careers.

“This is what we’re talking about, the league being in exceptional hands,” ESPN/ABC analyst Doris Burke said during Game 2 of the Toronto-Boston series on Tuesday.

Denver’s Michael Porter Jr. carried the Nuggets in seeding games and scored 28 points in Game 2 against Utah, while proving he can shoot threes.

Los Angeles Clippers center Ivica Zubac, 23, had 15 points and 11 rebounds in their close-out victory against Dallas and was a plus-78 for the entire series in the first round, prompting Clippers coach Doc Rivers to say Zubac had “the playoff of his life.”

NBA PLAYOFFS: Will layoff help or hurt Lakers and Clippers?

SPORTS NEWSLETTER: Sign up now to get sports news delivered conveniently to your inbox

Let’s take a look at players 23 and younger with the most potential:

1. Doncic will receive MVP votes and will make either first- or second-team All-NBA this season, following 28.8 points, 9.4 rebounds and 8.8 assists per game. And there’s room for growth offensively and defensively. It should be fun watching Doncic improve over the next five, six seasons.

2. Boston’s Tatum is on the verge of elite stardom. From January until the NBA suspended its season, Tatum emerged as a top-10 player, and he’s solidifying that with his versatile scoring and defense. He is averaging 27.2 points and shooting 46.5 percent on threes in the playoffs.

3. New Orleans’ Zion Williamson is just 19 and has shown what he can do, and it doesn’t take a veteran scout to project what he might able to do, as long as he can stay healthy. He’s a physical force, like a LeBron or Shaq, who will be difficult to stop.

4. Phoenix guard Devin Booker, 23, put on a show in the seeding games, leading the Suns to an 8-0 record while averaging 30.5 points and shooting 50.3 percent from the field. As the Suns get better, Booker will, too.

5. Mitchell has evolved in his short time in the NBA. He is a gifted scorer who is also evolving as a playmaker able to break down the defense, make the right read and generate assists. Though the Jazz need him to score, he also takes pride in his passing.

Donovan Mitchell has averaged 22.7 points per game in his three seasons in the NBA. (Photo: Ashley Landis, USA TODAY Sports)

6. Memphis guard Ja Morant, 20, is the rookie of the year favorite after averaging 17.8 points and 7.3 assists while shooting 47.7 percent from the field. He’s explosive, and like other young guards, needs to work on his three-point shooting. But watch out if he nails down that part of his game.

7. Atlanta guard Trae Young, 21, is a fantastic scorer and passer who is entertaining but needs to improve his three-point shot and defense. But he’s already an All-Star. He might not make one of the three All-NBA teams, but he will be close in the voting.

8. New Orleans’ Brandon Ingram, 22, was just named the NBA’s 2019-20 Most Improved Player following a season in which he averaged 23.8 points, 6.1 rebounds and 4.2 assists, and became a more efficient scorer.

10a. Maybe it’s recency bias with Jamal Murray because he just averaged 31.6 points, shot 53.3 percent on threes and scored 50, 42 and 50 points in a first-round series against Utah. But Murray also averaged 18.5 points in the regular season and shot 34.6 percent on threes. The potential is there.

10b. Miami forward Bam Adebayo, 22, isn’t a gifted scorer (15.9 points per game) but he can increase his average. If he does that, in addition to his strong rebounding (10.2 per game), passing (5.1 assists per game) and defense, Adebayo is going to become one of the more unique players in the NBA, perhaps a better, more athletic version of Draymond Green.

Where does that leave players like Ben Simmons or Jaylen Brown, both 23 years old? Not that there isn’t room for growth — there is. But we have a good idea of who Brown is and will be as a player, and as long as Simmons isn’t a three-point threat, we know who he is.

We can go on, too, which illustrates the amount of high-level young talent poised to become the next generation of NBA stars.