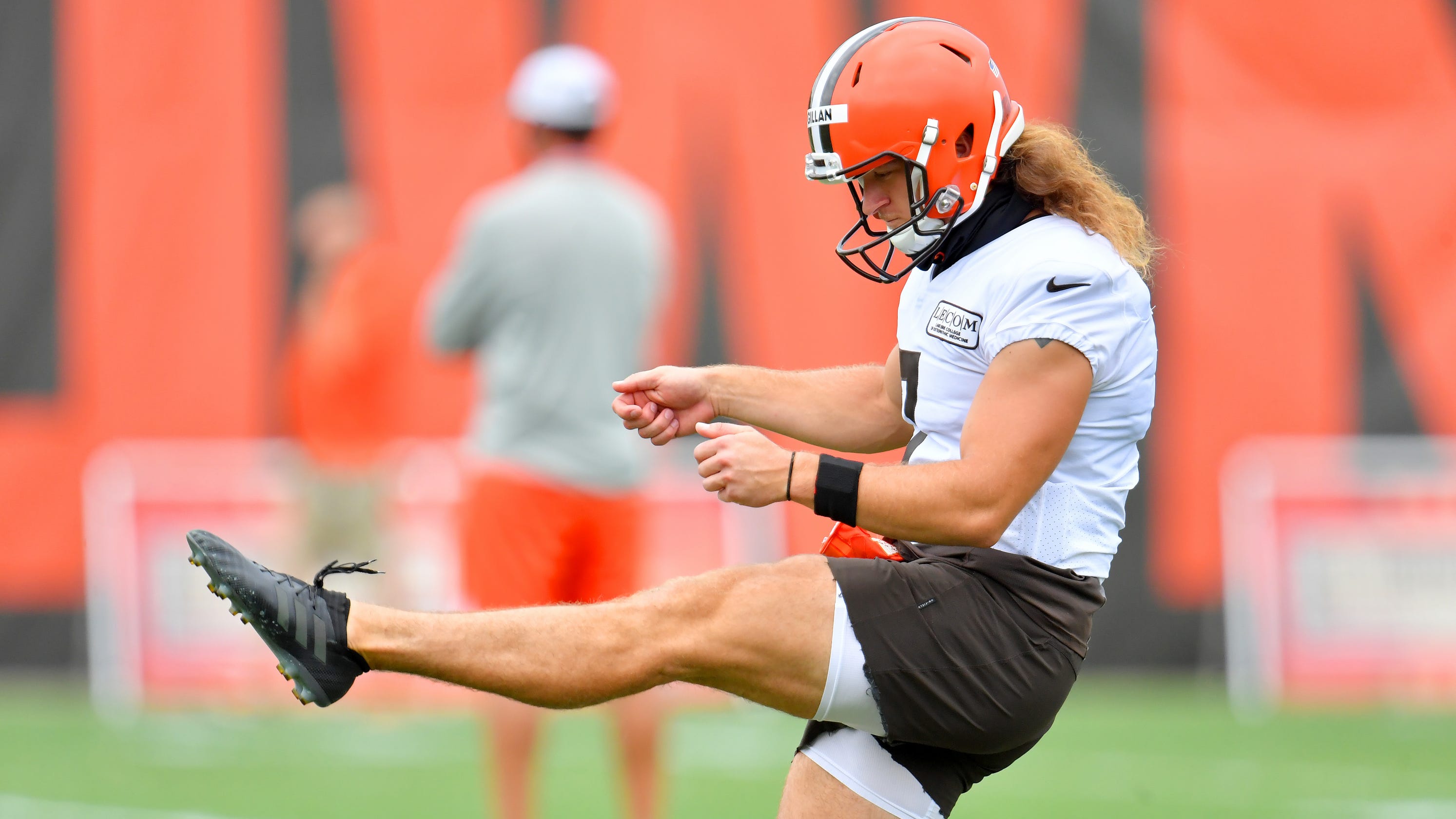 The best competition Austin Seibert and Jamie Gillan dreamed up during their FaceTime chats in April and May was not the directional punting game they enjoyed before Cleveland Browns training camp.

It was who could grow the better mullet.

Kicker Seibert showed his off Wednesday during a Zoom call, turning his head to reveal the side and back of his partially dyed-blond hair. Punter Gillan, nicknamed “The Scottish Hammer,” has had long, flowing brown locks since he signed as a rookie free agent in May 2019.

“It just kinda came about,” Seibert said of the hairstyle. “We’ll let other people decide who has the better mullet.”

“Other people” will not include Browns coach Kevin Stefanski.

“I don’t have any expertise in the mullet game,” Stefanski said. “The specialists, they are a different breed.”

TEAM RECORD PROJECTIONS: How will your favorite team fare during the 2020 NFL season?

Punter Jamie Gillan, a.k.a. “The Scottish Hammer,” is entering his second season with the Browns. (Photo: Jason Miller, Getty Images)

Seibert said he and Gillan, both in their second seasons in the NFL, worked together for more than four weeks before camp began. While special teams coordinator Mike Priefer wants Gillan to improve his consistency, the focus for Seibert is improving his success rate in the Dawg Pound end of FirstEnergy Stadium.

Seibert went 25-of-29 on field goals and 31-of-35 on extra points as a rookie, but like many opposing kickers struggled at the east end of the stadium where the wind swirls and changes direction. At home, two of Seibert’s three missed field goals came at that end, along with three of his four failed PATs.

“To me, it’s kind of breaking that psychological barrier,” Priefer said of Seibert and the Dawg Pound end. “He’s fine. He’s stronger and more confident than he was a year ago. I think he’s getting more and more confidence. Once he has success early, hopefully that will be early and often and that’s what our goal is.”

Seibert and the specialists have been to the stadium twice and will get another chance in Friday night’s dress rehearsal practice. The first time, Priefer said 24 of Seibert’s 36 attempts were in the east end.

At the stadium Sunday, Stefanski decided all of Seibert’s kicks would come in the Dawg Pound end and he hit the upright three times, one falling in.

During the coronavirus lockdown, Seibert kicked at a Texas middle school, with his wife filming him on weekends. During the week, a buddy who kicked for Baylor sometimes joined him. Seibert also reached out to local high school players, working with them and giving them lessons.

Sticking to the strength coach’s weight room plan for him, Seibert said he also “cut some fat.”