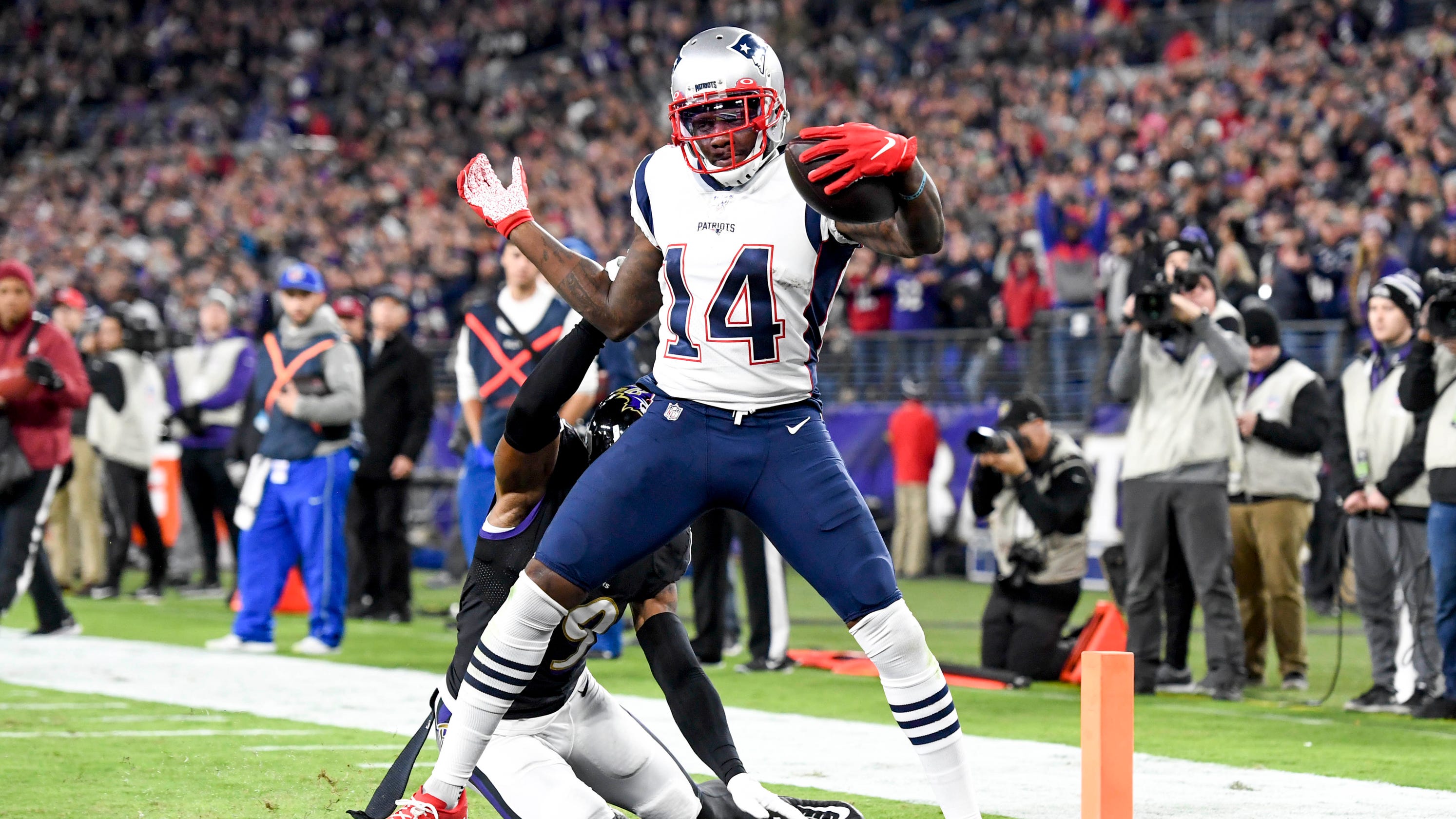 The Patriots are releasing the veteran wide receiver, a person familiar with the situation confirmed to the USA TODAY Network. The person spoke on condition of anonymity because they move was not yet official.

NFL Network was first to report the news on Sanu.

Sanu, 31, was acquired last season in a deal with the Atlanta Falcons in exchange for a 2020 second-round pick.

In the end, Sanu only recorded 26 receptions, 207 yards and a touchdown for the Patriots. The NFL’s roster cut-down day is this Saturday, and by cutting the receiver on Wednesday, New England gave him ample time to find a new team before hundreds of players pass through the waiver wire or are released this weekend.

He was set to earn $6.5 million this season.

New England Patriots wide receiver Mohamed Sanu (14) runs the ball in for a touchdown after a catch during the second quarter against the Baltimore Ravens at M&T Bank Stadium. (Photo: Douglas DeFelice, USA TODAY Sports)

On the surface, this looks like a surprise move, as Sanu was projected to be a top three receiver in Foxborough this season. Last year, he showed he had the talent to help when he caught 10 passes for 81 yards and a touchdown against Baltimore. An ankle injury suffered the next week in Philadelphia limited Sanu for the rest of the year.

This offseason, Sanu had surgery on his ankle. He came into camp with big expectations as the most accomplished receiver behind Julian Edelman. However, as training camp unfolded, Sanu got off to a slow start, though he practiced better later on.

Sanu was acquired last year amid the Patriots’ desperate search for offensive help. At the time, the frustration from Tom Brady was evident. Things never really got much better as the Patriots lost to the Tennessee Titans in the wild-card round.

For now, the Patriots will move on with a younger but inexperienced receiving depth chart. Edelman is still clearly the No. 1 receiver and N’Keal Harry should be the No. 2. After that, it wouldn’t be a surprise to see someone like Damiere Byrd or Gunner Olszewski step up. The final spot on the depth chart could come down to someone like Jakobi Meyers or Devin Ross.

Of course, there’s always a chance the Patriots try to once again reinforce the position with a trade. Life won’t be easy without Brady, but giving projected starting quarterback Cam Newton more offensive weapons is one way to help.

According to The Athletic, the Patriots have showed interest in 25-year-old running back Leonard Fournette. Although running back isn’t a position of need, Fournette did rush for 1,152 yards and catch 76 passes last year in Jacksonville.