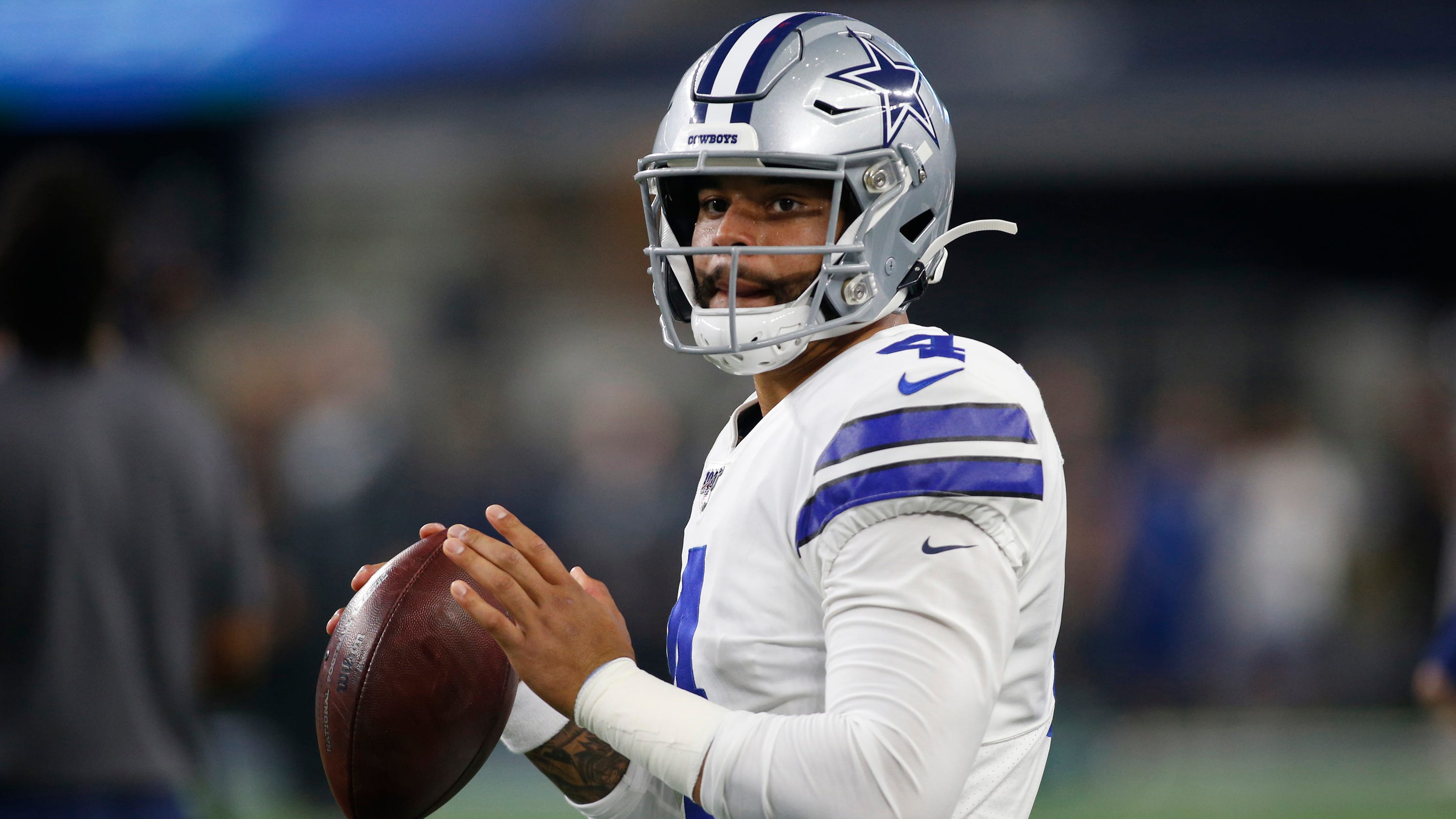 SportsPulse: Jarrett Bell shares what he thinks makes Adam Silver the ideal leader for a sports league during tumultuous times and why Roger Goodell hasn’t done the same when it comes to social justice.

No Cowboys player has in the four years since Colin Kaepernick sparked a wave of players protesting racial injustice and police brutality on NFL sidelines before kickoff.

But ask Prescott, and there’s no need to wait on announcing a team policy for the national anthem. If the decision were his, Prescott would give his teammates free rein to address the anthem as they please.

“It’s about expressing yourself,” Prescott said Wednesday afternoon, 11 days before Dallas kicks off its season against the Rams. “I wouldn’t say it’s going to be about expressing one idea. That’s where we are as a country right now. Individuals have different thoughts, different perceptions and different feelings than their neighbor. So for you to force your opinion and your perceptions on somebody I think isn’t very important right now.

“If I had it my way, that’s exactly what we’d do: Express ourselves individually but love and support one another collectively.”

Dak Prescott believes Cowboys can express themselves as individuals while supporting each other collectively.

Dak: “We’ll all be working toward a common goal—which, in the game of football, is winning. But in life, I think it’s love and equality.” pic.twitter.com/YQayW6DaEl

Cowboys owner Jerry Jones had insisted in previous seasons that his players stand, “toe on the line,” during the anthem. In recent weeks, Jones has suggested he’ll work to show grace as he aims to strike a balance between players’ freedom of expression and what he believes the American flag’s “symbol is to America.”

The Cowboys, along with many other teams across the NFL and professional sports, are increasingly discussing issues of discrimination and social justice in formal settings. McCarthy convened a team meeting last Thursday after the shooting of a Black man, Jacob Blake, by a white police offer in Kenosha, Wisconsin. Nine NFL teams canceled practices in the aftermath to strategize on maximizing their platforms and mobilizing toward change.

Cowboys RT La’el Collins on C Joe Looney’s message to team: “Everybody should love one another. You should love people. Even if you don’t, don’t hate them. You know what I mean?” https://t.co/Ut9YtVYx8K

During the Cowboys’ meetings, players say they discussed the importance of voter registration, potential initiatives for the team to help underserved north Texas youth, and how teammates can best support each other in sensitive times. Offensive tackle Cam Erving told reporters about racial discrimination he’s experienced personally, including police handcuffing him when he was pulled over for allegedly speeding and a driver at a Tennessee gas station shouting the N-word at Erving about 18 months ago. McCarthy’s message to players in meetings: As a white man, he’s working to better listen and understand.

Personally, Prescott has fought for racial justice throughout the summer and before. A week after George Floyd was killed in late May by a white Minneapolis police officer who pressed his knee against the Black man’s neck for more than eight minutes, Prescott pledged $1 million to “improve our police training and address systematic racism through education and advocacy.” He’s since been working with his foundation to launch programming he hopes will foster better trust between communities and law enforcement. Prescott also wrote a letter to Oklahoma Gov. Kevin Stitt in support of a Black death row inmate sentenced in 1999. Prescott believes there “was just so much wrong within that, so much wrong within his conviction, so much wrong with his trial.”

But like Prescott’s pledge—which he clarifies is a commitment forward rather than a donation he gave this summer and moved on from—his approach to the shooting of Blake and activism generally in the sports world is measured. Prescott is careful to note that he doesn’t want to comment immediately on each instance of police brutality or discrimination.

“Just ’cause we’re popular doesn’t mean that we’re politicians,” he said. “So I think we all need to be better at that—at educating ourselves and figuring out exactly what it is we can do and the particular role we can play within our communities and then further that.”

On NFL teams’ playing of the national anthem, however, Prescott has studied enough to formulate his opinion. He’s started every game for the Cowboys since Dallas selected him in the fourth round of the 2016 draft. Even without a long-term contract, he’s secure in his voice as the undisputed leader of the locker room. He’s committed to amplifying his teammates’ voice as well.

“Right now, it’s about listening to the other man, having empathy for him and understanding where he may be coming from,” Prescott said. “I think, if anything, you’ll just see guys expressing themselves, and more so from that you’re going to see people supporting one another and loving one another.

“Then we’ll all be working toward a common goal—which in the game of football is winning. But in life, I think it’s love and equality.”