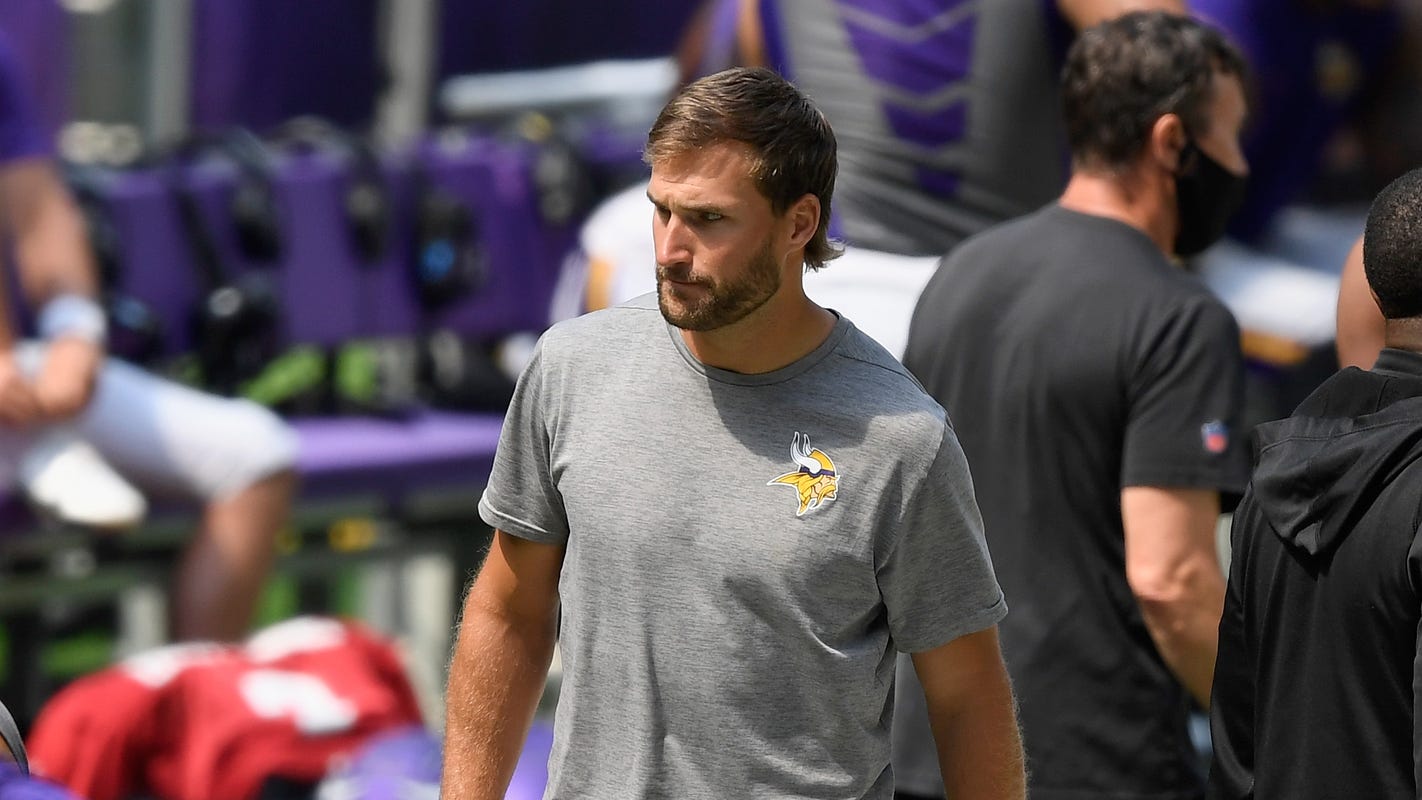 Kirk Cousins wrong in explaining COVID-19 comment, ‘If I die, I die’

SportsPulse: Mackenzie Salmon connected with one of Yale’s top infectious diseases experts to get his take on the NFL and college football’s attempt to play in a non-bubble format. He also pleaded for the leaders of the sports world to confront their local governments.

Kirk Cousins believes what he believes.

And therein lies the problem.

The Minnesota Vikings quarterback moved up his scheduled Zoom call with reporters by a day to try and explain just what he meant when he said he wasn’t much concerned by COVID-19 because “If I die, I die. I kind of have peace about that.” But as it turns out, Cousins meant what he said. He just wishes he’d said it differently.

“Admittedly, I did not use the best wording. I certainly could have articulated it better,” he said. “(But) the heart behind it is no different then as it is today.”

As an NFL quarterback, Cousins’ words have an impact. In his home, in the Vikings’ facilities and in a country that prizes the NFL above any other sport. The last thing that’s needed, with 185,000 dead and misinformation already being spread at the highest levels, is for Cousins to give any license to the idea that the virus shouldn’t be viewed with the utmost seriousness.

Vikings quarterback Kirk Cousins said Wednesday afternoon of his previous comments regarding COVID-19, “Admittedly, I did not use the best wording. I certainly could have articulated it better.” he said. (Photo: Hannah Foslien, Getty Images)

One of the most distressing things about America right now is that we no longer have a shared set of facts. When a pandemic has killed almost half as many Americans as in all of World War II, cratered our economy and forced us to stay away from friends and loved ones for their own protection, it should not be up for debate that the virus is bad and that caution should be exercised.

When epidemiologists and virologists say the best thing we can do until there is a vaccine or proven treatment is wear masks and social distance, it shouldn’t become a cultural football. When data shows that young, healthy people are not immune and even those without symptoms could be left with long-term damage to their hearts and brains, it shouldn’t even be a question that health and safety need to be the priority.

When asked if he could understand why his comments, first aired on Kyle Brandt’s “10 Questions” podcast, were seen by many as damaging, Cousins said he was expressing his personal feelings. He also said he’s adhering to the NFL’s safety protocols for social distancing, frequent hand washing and wearing face coverings – so much so that when he left his locker to go to a meeting recently and didn’t have his mask, he immediately realized something was missing.

“That’s what it’s all about, right? I want to be very respectful and considerate of everyone else,” Cousins said.

But how can he be, when he’s so steadfast in sowing the seeds of doubt?

Cousins is open about his deep Christian faith, and his feelings are informed by his belief that everything happens according to God’s plans. But so many of Jesus’ miracles involved healing people. To blithely disregard the advice of today’s healers, to think Cousins knows better, runs counter to that.

This isn’t a matter of personal belief, but rather one of public health. There are plenty of other people whose faith is just as strong, whose belief in God’s plan is just as certain, who have put their trust in science.

If Cousins’ feelings about COVID-19 impacted no one but himself, that would be fine. But they don’t. There are 52 other players, as well as Vikings coaches, who are depending on him. He has small children who are modeling their behavior after him. Presenting his feelings about COVID-19 as an alternative view was not only selfish, it was reckless.

Cousins says his beliefs are his own. It would have been better to keep them that way.