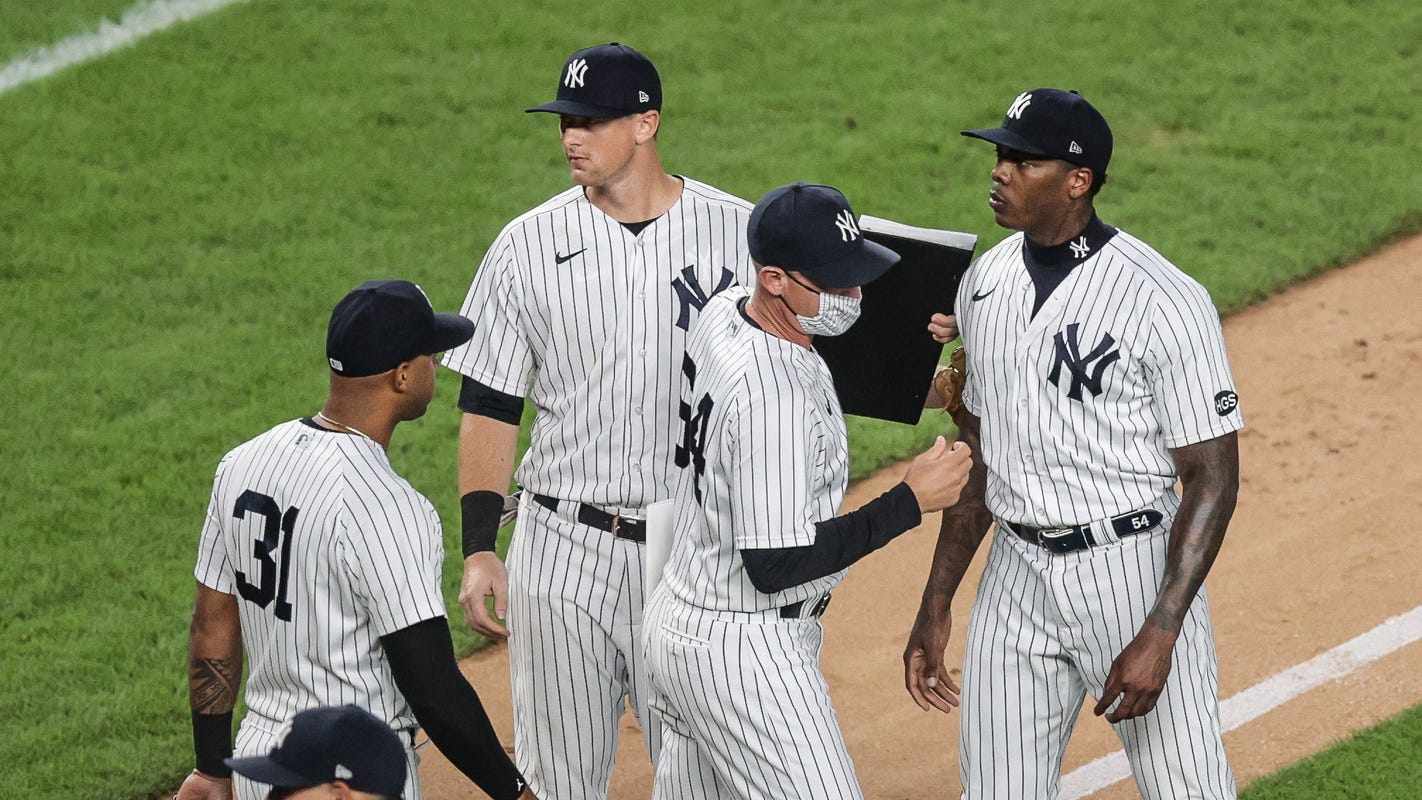 Showing little tolerance for headhunting or tough talk amid a pandemic, Major League Baseball came down on the Yankees and Rays Wednesday, suspending New York closer Aroldis Chapman for three games and managers Aaron Boone and Kevin Cash one game each after a benches-clearing incident Tuesday.

Festering tensions between the two clubs – which seemed to crest in September 2018, when CC Sabathia cursed at the Rays after intentionally hitting a batter – boiled over yet again when Chapman, the Yankees’ closer, fired a 101-mph fastball just above the head of Rays batter Michael Brousseau in the ninth inning Tuesday.

That prompted the benches to clear, the Rays to accuse Yankees third base coach Phil Nevin of instigating their dugout and, ultimately, Rays manager Cash to issue a call to arms after the Yankees’ 5-3 victory.

“The last thing I’ll say on it: I’ve got a whole damn stable of guys who throw 98 mph. Period.”

Here is the full comment from Kevin Cash who was very upset with what happened in the Rays vs Yankees game, when NY hit Joey Wendle with a pitch in the 1st and then threw a 100 mph pitch at Brosseau’s head in the 9th.

MLB’s punishment came as little surprise given that its health and safety protocols in this pandemic-framed season sternly warned against bench-clearing incidents and even arguing with umpires. The conditions under which this season is being staged played no small role in the dust-up.

First is the schedule, which has teams playing opponents only from their geographic area. While the Rays and Yankees meet 19 times in a regular season, this 60-game sprint means they’ve already met nine times in a 26-day span.

The Rays have hit three Yankee batters with pitches this season, while the Yankees have plunked five Rays, including Masahiro Tanaka drilling Joey Wendle in the first inning Tuesday, which the Rays insisted was intentional.

Additionally, the absence of fans from major league stadiums means every aired grievance is audible, as Cash notably referenced the Yankees’ “chirping” in his postgame diatribe.

Tuesday, the tensions boiled over, and now both clubs will face a reckoning for their deeds and words.

Cash was suspended for both his ejection and postgame comments, according to MLB, while Boone was suspended “as a result of Chapman’s actions.” Both managers must serve their suspensions before Wednesday night’s series finale.

It was not immediately clear whether Chapman would appeal his suspension.