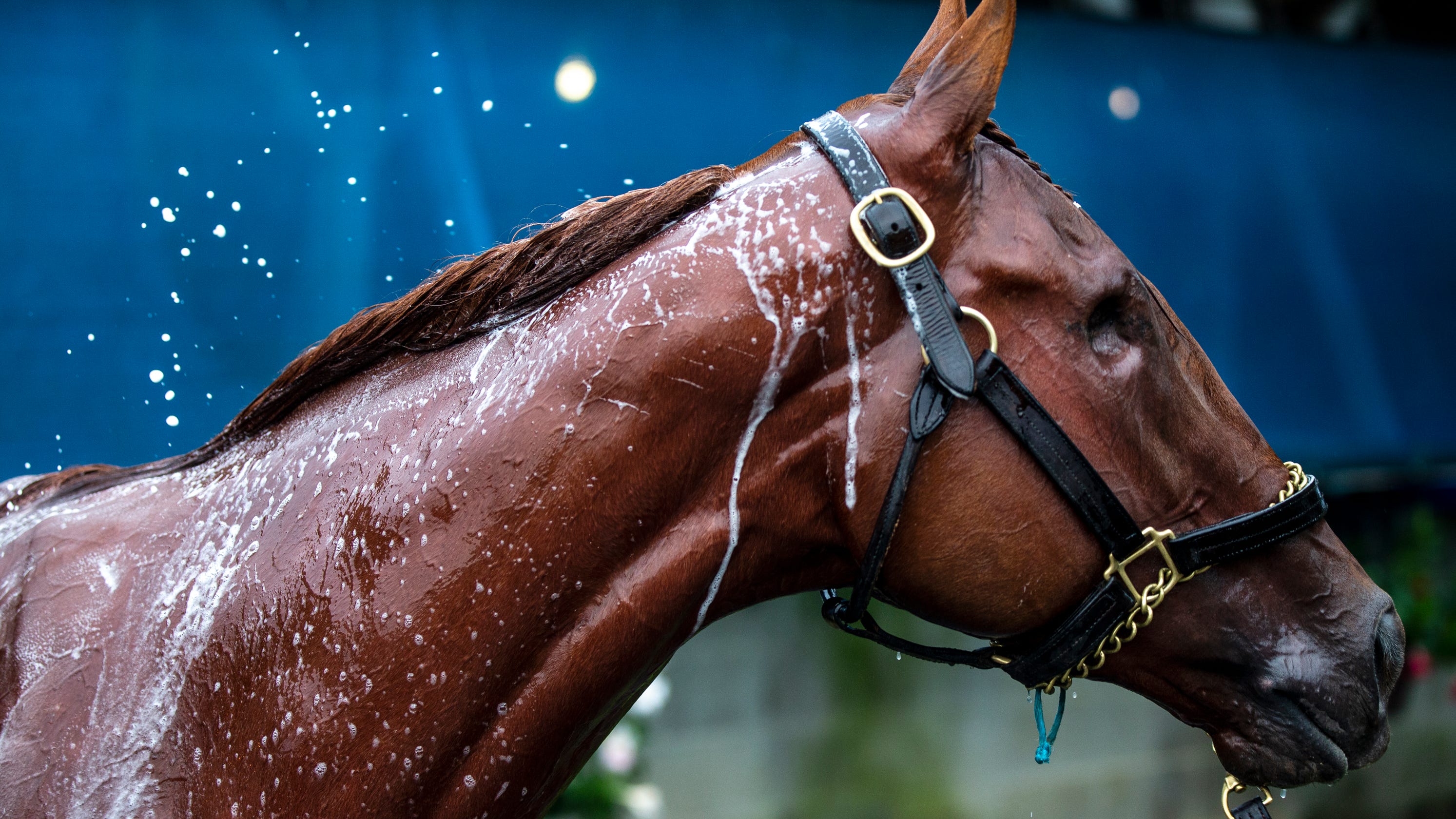 Arnaldo Monge can recite the date — April 22, 2017 — like he would any other important birthday or anniversary.

It’s the day Monge met a newborn thoroughbred who eventually would be named Finnick the Fierce.

“I was in love with him from the first time I saw him,” Monge said.

Finnick the Fierce drew the No. 1 post position and is a 50-1 long shot in the morning line for the Kentucky Derby.

Monge was a veterinarian for Millennium Farms in Lexington, Ky., in April 2017 when he got a call from Paige Gilster, then a junior at Iowa State University.

No Art Collector: Tiz the Law’s biggest challenger ruled out

Gilster’s mare, Southern Classic, had just foaled a chestnut colt sired by Dialed In. The newborn had a rare condition — a congenital cataract — in his right eye.

Gilster had purchased Southern Classic for $500 from a rescue center in North Dakota. Still a college student, she dreamed of “getting a good foal, working my way up and then selling it to keep trying to build my business.”

Gilster loved the newborn’s conformation but knew the eye condition would make it tough to command a big price in the auction ring.

“He was so big,” said Gilster, who now runs Blu-Sky Stables in Lexington with her father, Jeff. “I’m 5′ 8″, and this foal was almost at my waist when he was born and had to be 150-plus pounds. I was floored by how gorgeous he was.”

Finnick the Fierce is bathed on the backside of Churchill Downs following a workout prior to Saturday’s Kentucky derby. Sept. 1, 2020 (Photo: Pat McDonogh / Courier Journal)

By the time Finnick the Fierce was 6 months old, Gilster knew she was likely out of options. That’s when Monge stepped in, bought the colt for $3,000, and took him to have surgery on his eye at the Hagyard Equine Medical Institute, where Monge is a doctor.

“As soon as the eye was removed he was a different horse,” Monge said. “He was in a lot of pain for a long time.”

Why did Monge buy the horse?

“I told my wife, ‘Come and see this baby,’” Monge said. “We thought it was one of the nicest babies we’d seen. He had great bones, great leg, great muscle, tone, and definition. In my eyes, he exuded class.”

Monge and his wife, Thena, have 10 horses at their Keene Reverie farm in Nicholasville, Kentucky. Once Finnick the Fierce had recovered from his surgery, the Monges went to Rey Hernandez to begin training him. Monge later sold a 50% ownership share of the horse to Hernandez for his original cost of $3,000.

Finnick the Fierce won the first race of his career in June of 2019 at Indiana Grand. He later finished second in the Grade 2 Kentucky Jockey Club at Churchill Downs. The third-place horse in that race was Tiz the Law, who is undefeated since then and the 3-5 morning-line favorite for the Derby.

Gilster said she’s not one to brag about that feat. Finnick the Fierce entered the race at 87-1 odds.

“I don’t want it to come back and bite me,” she said with a laugh. “But I was at that race, and there were tears after getting second in a graded race. It was a heck of a payoff.”

Finnick the Fierce will enter the Derby after a seventh-place finish in the Grade 2 Blue Grass on July 11 at Keeneland.

Monge debated whether to enter the horse in the Derby but eventually left the decision to Hernandez.

“It’s amazing he’s taken us this far,” Hernandez said. “Horse racing is an up-and-down thing, and you just kind of go one day at a time. …

“We had to be a little bit more patient than with everybody else and let him do things his way. We didn’t make him do anything he didn’t want to do, and that the key. He’s a sweet horse. The more gentle you are with him, the better he will do things.”

Horse racing brings together people from all backgrounds, and Finnick the Fierce certainly has accomplished that with Monge (the doctor from Puerto Rico), Hernandez (the trainer from Guatemala), and Gilster (the breeder from Minnesota).

Finnick the Fierce will be the first Derby horse for all three, and they couldn’t be more excited.

“The more this experience progresses, I get more humbled by it,” Monge said. “I’m not an overly religious person, but it’s like divine intervention. There were so many obstacles. I just have to thank God for this chance.”

“He loves the mud,” Monge said of Finnick the Fierce, “so let’s pray for rain.”