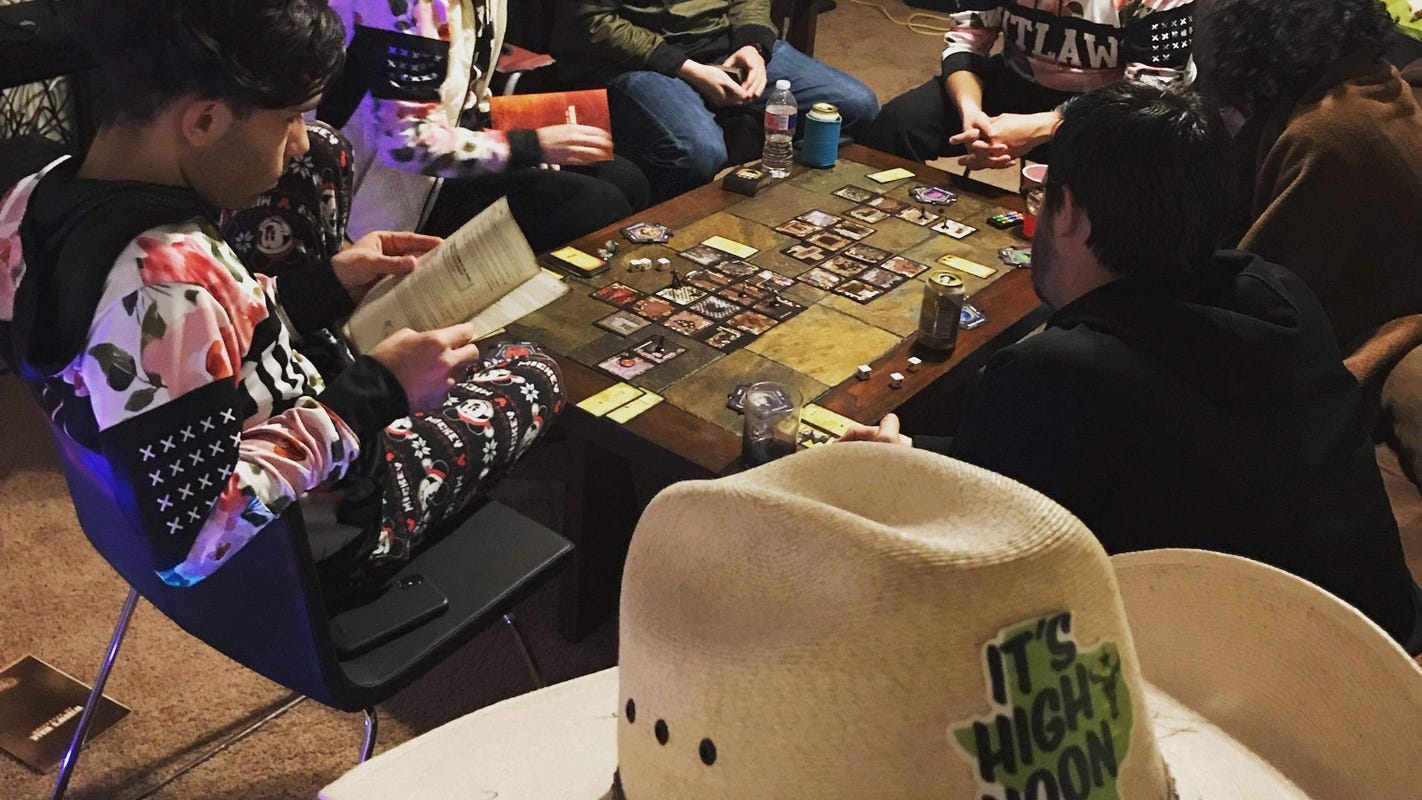 They may have watched their team trudge to a 7-18 record in Overwatch League play this season, but they had fun – virtually, by and large – doing it. Such is life for Houston Outlaws fans in 2020.

The leaders of “Lone Star Vanguard,” the passionate community of Outlaws supporters with groups across multiple Texas cities, refused to let it be anything but a good time.

“We all have the same goal in mind, and it was to make sure fans of the league, fans of the Outlaws, could congregate together and enjoy these matches with like-minded people,” said Michael Wulff, one of the Vanguard’s leaders who is based in San Antonio. “From there, it became a simple matter of us in the cities just basically saying, ‘You know, there’s no point in being divided by distance, we’re all doing the same thing. We all know each other.”

Along with Kristen Kinsey (Austin) and Winston Steivley (Houston), the trio make up the brain trust of the Vanguard, which was formed by Joe Sandoval and Sean Simpson – roommates from Austin who organized the first watch party during the team’s inaugural season in 2017.

The revamped Lone Star Vanguard threw its first watch party in January 2020, before the COVID-19 pandemic, which moved the 2020 Overwatch season online. No longer could Steivley sprint around the room to pump up the rest of the Vanguard. But thanks to the enthusiasm from their community members, Kinsey said, the fan base hasn’t missed a beat. They simply went from seeing each other every week to “seeing” everyone, even if it was just their voice or through a webcam. That’s a credit to the robust Discord channel – a platform for instant messaging, but containing video and audio options – that the group constructed.

“You no longer have to have a convoluted means of communicating with your friends when you’re playing a game like Overwatch that requires communication and teamwork,” Wulff said. “It’s now simplified to where, ‘OK cool, you hop into our Discord server and we’ll chat and we’ll strategize.’ ”

But usually, the topic of discussion revolves around anything but the Outlaws and Overwatch. Pop culture, gaming and theater – the Vanguard held a “Hamilton” night – are all fair game.

“We have a pretty vast community,” Kinsey said.

Heading into 2020, the league banked on in-person events to grow the fan base. But moving to online-only may have helped growth by being the only show in town while traditional sports remained sidelined due to the pandemic. According to DraftKings, esports saw a 40 percent increase in betting action. This past weekend, peak viewing during the Call of Duty League championship reached 330,000.

“For Overwatch to get to the place that it is and to be on the road that it’s on is really a lifelong dream come true, I think for me and for other players who just really love games and want them to operate and be on that sort of top-tier echelon, both in competition and how the world thinks about them,” said J. Allen Brack, president of Blizzard Entertainment, which oversees the Overwatch League.

The distinctive look of Overwatch and the diversity of the game’s heroes (characters players choose for matches) adds a relatable element.

“If you think about the Overwatch world, the team has created a future that is full, it’s bright,” Allen said. “It’s sort of the opposite of, I think, what we see and read about in movies and books and other games, in sort of ‘The future is doomed.’ I think that’s something that really resonates with people.”

Franchises themselves have also become creative in growing fan bases. With meet-and-greets out of the question, the Philadelphia Fusion paired fans with players in a game called “Protect the VIP.” Fans played each other, while their professional teammate served as a de facto bodyguard against his Fusion teammate.

“You don’t really get to do that in traditional sports, ever. It’s not that feasible,” said Fusion president Tucker Roberts. “But with esports, it’s doable. Give us your gamertag, get a time, and next thing you know, you’re in the game.”

Teams investing resources in fan bases are essential for growth. It’s something the Vanguard has experienced with the Outlaws, too. The Vanguard has had dinner with the team to learn more about the players on a personal level.

“All of the love the Vanguard has been putting in has come back double – if not triple-fold – with the opportunities that (the Outlaws) have given us,” Wulff said. “And so much of it has been without asking for it.”

As the Outlaws staff has shuffled, Kinsey said she thinks the players are comforted by seeing familiar faces within the fan base. The efforts from the Outlaws have increased over the past year, Steivley said. During the Outlaws’ match Thursday in the first round of the playoffs against the Boston Uprising, he will conduct a live Q&A with a member of the team not playing while the match is going on.

“We’re doing this because we love it. We’re doing it because we want to share this with people who are like us,” Wulff said. “This team has time and time again said, ‘Thank you,’ and the opportunities have come in so many different shapes and forms.”