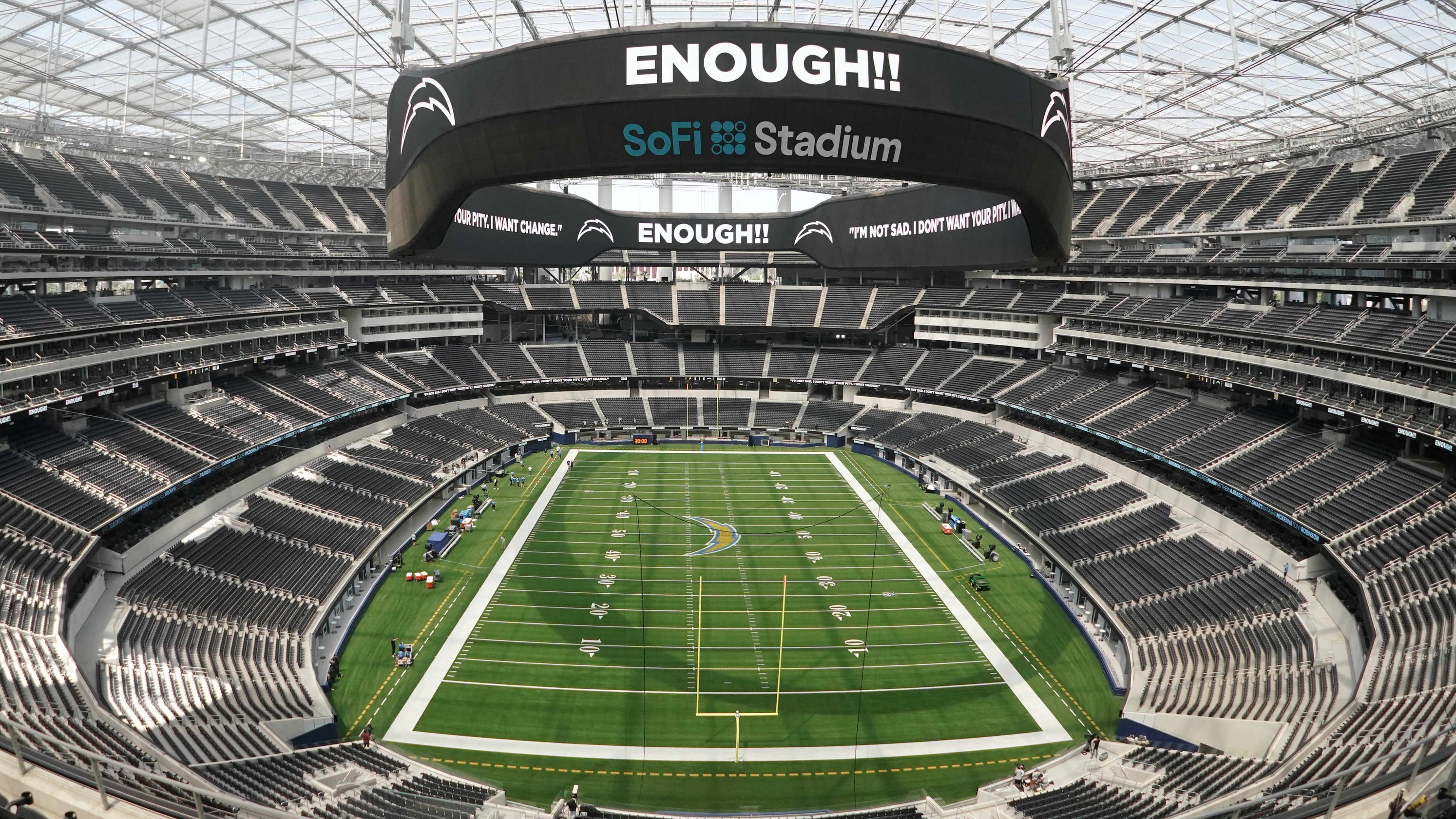 As if taking part in training camp during a global pandemic wasn’t enough, the events of Sunday, Aug. 23 in Kenosha, Wisconsin, added another challenging circumstance to what will be the most abnormal season in NFL history.

Tuesday’s episode of HBO’s “Hard Knocks” dove right into the topic that’s been on most peoples’ minds for more than a week. It also might be the most intense and emotionally charged episode in the series’ 15 seasons.

Artis Twyman, the Los Angeles Rams’ senior director of communications, pulls up the video of the shooting of Jacob Blake on his cellphone and shows it to head coach Sean McVay.

There’s screaming and yelling, and then seven gunshots into the back of Blake, a Black man. It’s the latest very public example of police brutality toward Black people.

“What the (expletive) is wrong with people? That is awful. It makes me sick.”

McVay asks Twyman, a Black man, what he thinks when he sees that video.

“I think more about the people this has happened to where there’s no video,” Twyman says. “Tons of people who were murdered, or injured, or wrongly accused, where there’s just no video. And the cops just got away with it. You just feel helpless. This keeps happening. What can you do to change it?”

While the Rams didn’t interrupt their practice schedule, the crosstown Chargers canceled a scrimmage that was to be held at new SoFi Stadium. They were among a number of NFL teams to cancel practices last week as athletes around the sports world protested racial injustice.

As Chargers players marveled at their new (shared) home, SoFi Stadium’s massive 360-degree oculus video board showed the words of Blake’s sister, Letetra Widman: “I’m not sad. I don’t want your pity. I want change.” Those words were followed by “ENOUGH!!”

A view inside SoFi Stadium as the Chargers canceled a scrimmage in the wake of protests following the police shooting of Jacob Blake in Kenosha, Wisconsin. (Photo: Kirby Lee, USA TODAY Sports)

Chargers head coach Anthony Lynn summoned his players to the locker room to have an uncomfortable discussion.

“Right now, I feel like a lot of you guys in here got something on your mind and you need to get it out,” Lynn said. “I don’t want to take the football field until we get it out.

“And I don’t give a damn how long we are in this locker room. We’re gonna get it out right now. And we’re going to talk. For some of you, it’s going to be a hard conversation. I’m just gonna ask you, please, just listen … Just listen.”

Chargers assistant head coach George Stewart, a Black man, addresses the team: “Guys, I’m 62 years old … 62. I’ve lived this life. I’ve talked to some of you men this morning. I’m tired. I’ve seen if from age 6 to 62 years old. I’m tired of it. I grew up in the damn South. … I know what it’s like to be oppressed. We talk about, ‘what can we do?’ You gotta lose something to get something. I look at Colin Kaepernick. His ass lost millions of (expletive) dollars, because he believes in something.

“We are football players. We’re not politicians. But it’s up to us to speak our damn platforms.”

Coach Stew from the heart. pic.twitter.com/UvQxo4q16J

When it comes to sports, if 2020 has taught us anything, it’s that the mantra “stick to sports” no longer applies.

“We in sports have been programmed … race, politics and religion. Those are the uncomfortable topics you don’t talk about,” McVay says in a meeting with other coaches. “Well, we got two of those three at the forefront and now what’s unfortunately been avoided is slapping us right in the face. And, it’s gotta be something that we can’t avoid and have to be willing to acknowledge.”

As narrator Liev Schreiber so eloquently put it: “Like the rest of the country, Sean McVay is left with questions. Among them, how to get his team ready for the season with the world on fire.”

This is where we’re at as a nation. And, in this “Hard Knocks” episode, Rams receiver Cooper Kupp expressed an uncomfortable truth.

Here are other notable moments from the fourth episode of “‘Hard Knocks” with the Chargers and Rams:

Chargers rookie quarterback Justin Herbert has had his ups and downs on full display in “Hard Knocks.” He rebounds from a rough practice and gets a nice NFL Films-style highlight montage.

Coach Anthony Lynn is impressed and wants to challenge the first-round draft pick.

Herbert is then shown unfurling a long strike to receiver Darius Jennings, who sprints past defenders for a training camp touchdown.

“This is as good a football (throw) as you’re ever going to see,” McGeoghan. “That’s how you come back after an off day.”

If you’re looking for a rookie sleeper for your upcoming fantasy football draft, perhaps consider Rams receiver Van Jefferson. The son of former NFL receiver Shawn Jefferson has impressed the Rams brass with his performances at camp.

“Van Jefferson has really done an excellent job these last few days. He’s made a lot of plays,” McVay says. “He’s got all those traits and characteristics that you’re looking for.”

Son of ‘Vili the Warrior’

The undrafted rookie free agent defensive tackle out of LSU is the son of Vili Fehoko, or more famously known as “Vili the Warrior,” once a staple at University of Hawaii football games at Aloha Stadium.

Breiden Fehoko even performs a Haka dance for his teammates.