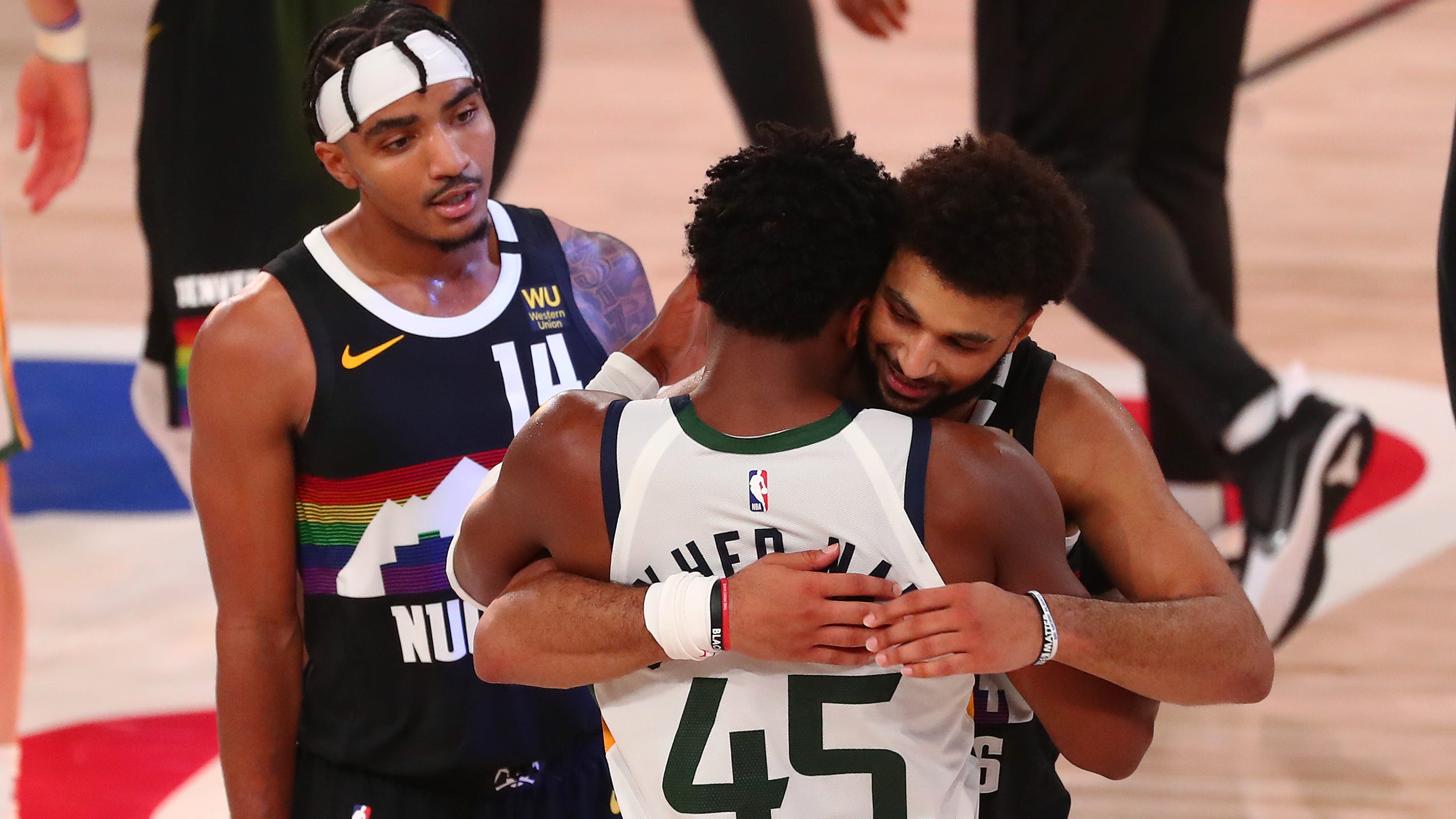 SportsPulse: USA TODAY Sports’ Mark Medina previews Game 7 of the series between the Rockets and Thunder and discusses how last year’s trade involving Russell Westbrook and Chris Paul is affecting it.

LAKE BUENA VISTA, Fla. — The Denver Nuggets didn’t need 50 points from guard Jamal Murray. Nor did they even need 40 or 30 from him.

That was enough, just barely, to help the Nuggets become the 12th team in NBA history to come back from a 3-1 deficit and win a series.

Denver topped Utah 80-78 in Game 7 on Tuesday, advancing to the Western Conference semifinals where it will play the Los Angeles Clippers. Game 1 is Thursday (9 p.m. ET, TNT).

Jokic’s soft turnaround hook shot in the paint with 27.8 seconds left in the fourth quarter put Denver up 80-78, and Utah guard Mike Conley’s 3-pointer at the buzzer of a chaotic finish hit the rim but didn’t go in.

The THRILLING FINISH to Game 7!@nuggets win the series 4-3 and advance to play the Clippers in the West semis! #NBAPlayoffspic.twitter.com/6AkuYn9EaV

“I couldn’t be more proud of our group,” Nuggets coach Michael Malone said. “With everything we were facing, down 3-1, the stoppage of play – are we going to continue, are we not? – a lot of teams would’ve just given in, especially when you consider we’ve been away 57 days away from our families.

“Do we really want to extend our stay? That’s where the pride comes into play. Our players, they wanted it. We talked about taking it one game at a game, giving us a chance in a Game 7, and they went out there and got the job done.”

It turned into a thrilling Game 7. The scoring show that Murray and Mitchell had during the first six games was mostly absent, and it looked like Denver would blow out Utah.

Utah had a series-low for points in a half with 36 in the first two quarters, and Denver scored the first two baskets of the third quarter, putting the Jazz in a 55-36 hole.

That’s when Mitchell, who had just two points through the first 23 minutes of the game, took over and pulled the Jazz back into the game.

But Jokic had enough left, scoring 17 points in the second half, and his last bucket turned out to be the game-winner.

Mitchell finished with 22 points, and Utah center Rudy Gobert had 19 points and 18 rebounds.

It turned into an exciting finish to a thrilling series, and Denver’s series comeback was impressive. Down 3-1, the Nuggets had every reason to let the human element of the bubble wear them down.

That mental toughness Malone spoke of was there as the Nuggets took Games 4, 5 and 6 with Murray scoring 50, 42 and 50 points – the highest three-game playoff point total since Michael Jordan’s 143 points in three games in 1988.

And in Game 7, they found enough physically and mentally to advance to second round in consecutive seasons for the first time since 1985.

“The resiliency, the mental toughness, and the want, the will to win,” Malone said, “was on full display for everybody to see.”