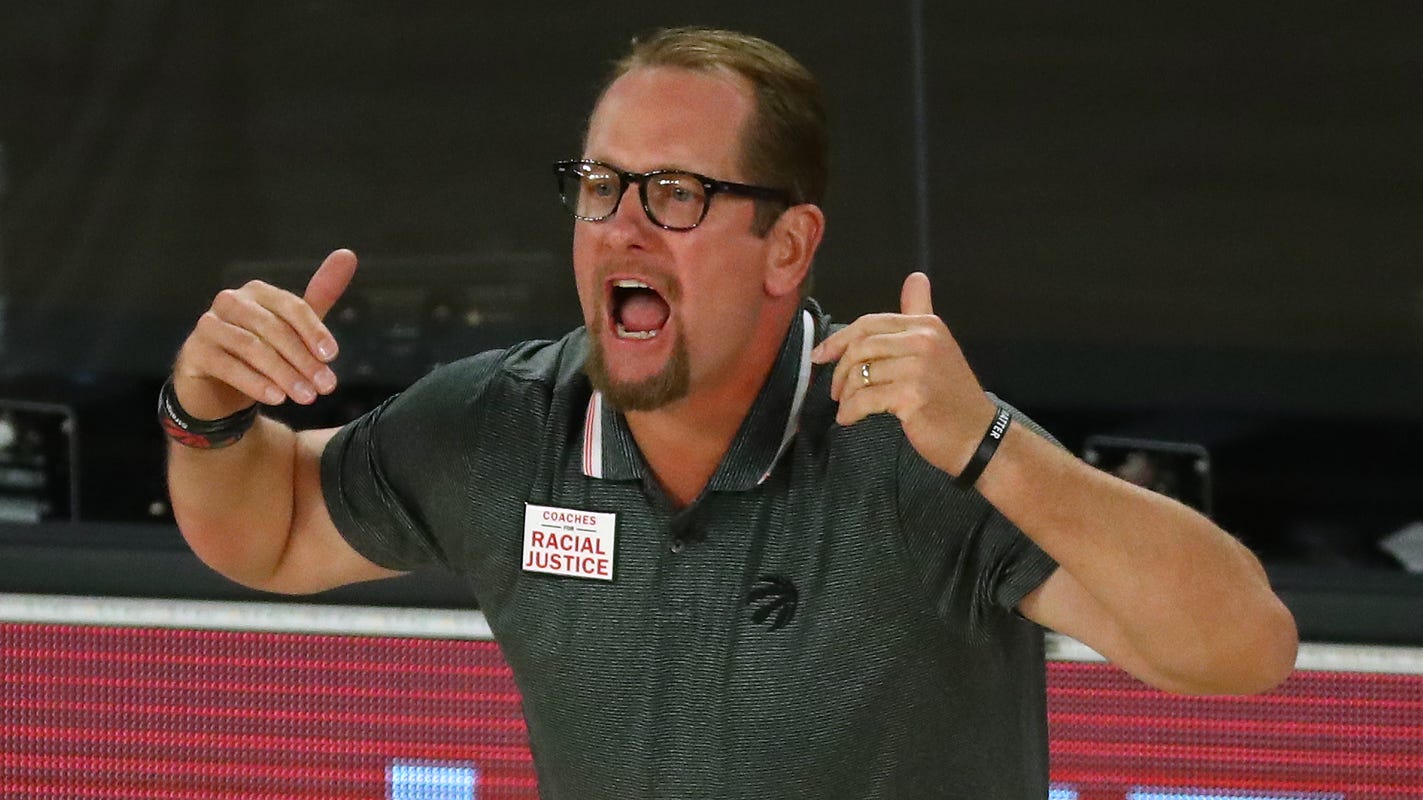 LAKE BUENA VISTA, Fla. — The box score stayed on the floor in case Toronto Raptors coach Nick Nurse cared to look at it.

He did not feel compelled to, however, following the Raptors’ 102-99 Game 2 loss to the Boston Celtics on Tuesday that dropped Toronto into a 2-0 series deficit in the Eastern Conference semifinals.

Nurse already knew the statistical line that bothered him the most, which was how Celtics forward Jayson Tatum achieved many of his 34 points.

“The only frustrating part about it is this: he shoots 14 free throws, which is as much as our whole team shoots,” Nurse, whose Raptors actually went 16-of-19 from the foul line, said. “That’s the frustrating part. I think our guys were working hard on him and we were doing a pretty good job. He did make some good shots.

“They were obviously getting him the ball a lot, getting him in space. We could’ve helped a little bit better here and there. But they (did) take very good care of him tonight.”

Nurse clearly insinuated the officials played a key role in Tatum receiving 14 foul shots. But did he have an issue with how the referees blew their whistle?

He expressed frustration with how Celtics guard Marcus Smart defended Toronto forward Pascal Siakam when he drove toward the lane as the Raptors trailed, 102-99, with 35.8 seconds left. Smart stripped the ball away while Siakam hurled toward the sideline.

“I think Smart fouled the [crap] out of him,” Nurse said. Siakam was not as direct with his answer, saying “I’m not a referee; I went hard to the rim.”

Still, the Raptors realize they lost Game 2 to the Celtics due to issues that go beyond officiating.

Lowry completed a shooting workout after the buzzer sounded after he also shot poorly from the field in Game 1,

Opinion: Rockets shouldn’t be faulted for Russell Westbrook trade, even if his miscues lead to more playoff heartbreak

‘Frustration, anger and motivation’: How NBA Coaches for Racial Justice initiative came into being — and what team leaders hope to achieve

So far, the Raptors have lacked the necessary mindset against Boston. The Celtics have gone a combined 5-1 this season against the Raptors, including three wins here on the NBA Campus.

“We’re pretty pissed right now. We’re down 0-2, but we have to go back and understand what we have done wrong,” Lowry said. “This is not a situation we’d like to be in.”

Yet, it is a situation the Raptors experienced already.

In last year’s Eastern Conference finals, the Raptors lost their first two games against the Milwaukee Bucks before winning the remaining four. The Raptors then beat the Golden State Warriors in the NBA Finals in six games.

The Raptors have a handful of returning players from that team, including Lowry, Siakam, VanVleet, Marc Gasol, Serge Ibaka and O.G. Anunoby. Still, the Raptors no longer have their Finals MVP (Kawhi Leonard) and a steady 3-point shooter (Danny Green). Leonard left as a free agent for the Los Angeles Clippers, while Green left for the Lakers.

“We should know we shouldn’t give up,” Nurse said. “We know the next game is super critical. But they’re all critical.”