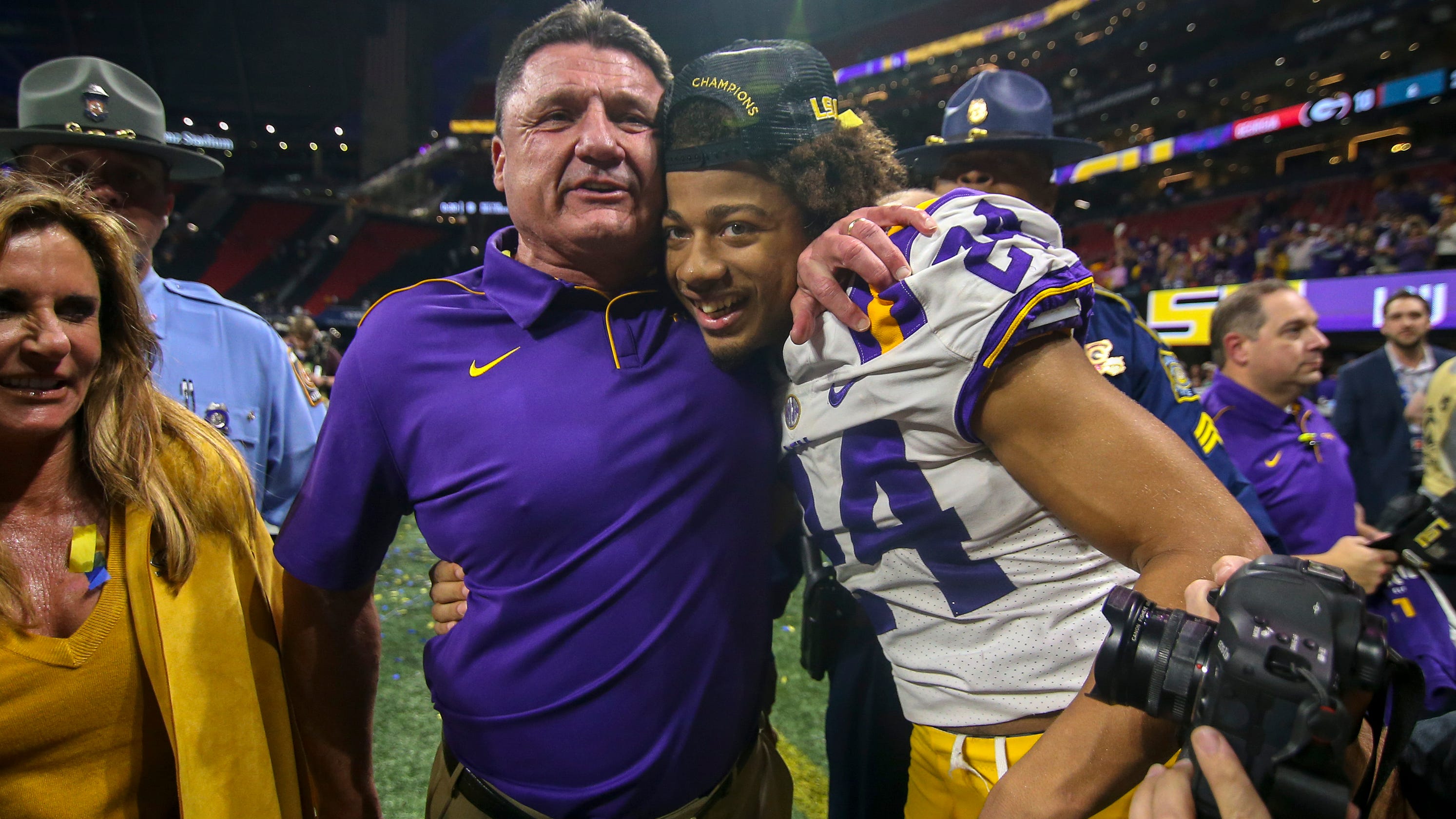 The player losses for defending champion LSU may not be over.

Tigers coach Ed Orgeron acknowledged Tuesday that more players could decide to opt out due to health concerns related to COVID-19.

“There are a couple of guys that are thinking about it,” Orgeron said. “And again, every one’s for different reasons. Maybe family reasons, or maybe health reasons, or they may have something that they feel they need to opt out for. Hopefully, they don’t. But again, if they do, that’s what we’re living in. But we have depth. And if they do opt out, we’re still going to have a great football team.”

The comment from Orgeron comes after All-America wide receiver Ja’Marr Chase and defensive tackle Tyler Shelvin decided last weekend to leave the program and start preparations for the NFL draft.

Chase is expected to be taken in the first round. Shelvin is also considered a potential high pick.

Last month, defensive back Kary Vincent and defensive lineman Neil Farrell, two other starters, decided not to play this season.

LSU already was replacing several key members of last year’s team that finished 15-0, including Heisman Trophy winner Joe Burrow. The departure of Chase, who had 1,780 receiving yards and 20 touchdowns last year, was especially significant with running back Clyde Edwards-Helaire and wide receiver Justin Jefferson declaring for the NFL draft after the school’s first national title since 2007.

However, Orgeron was optimistic, noting that the team met this weekend to move forward.

“It was about stepping up and not blinking and doing the things that we need to do — one team, one heartbeat,” Orgeron said.

The Tigers face Mississippi State at home in their season opener on Sept. 26.