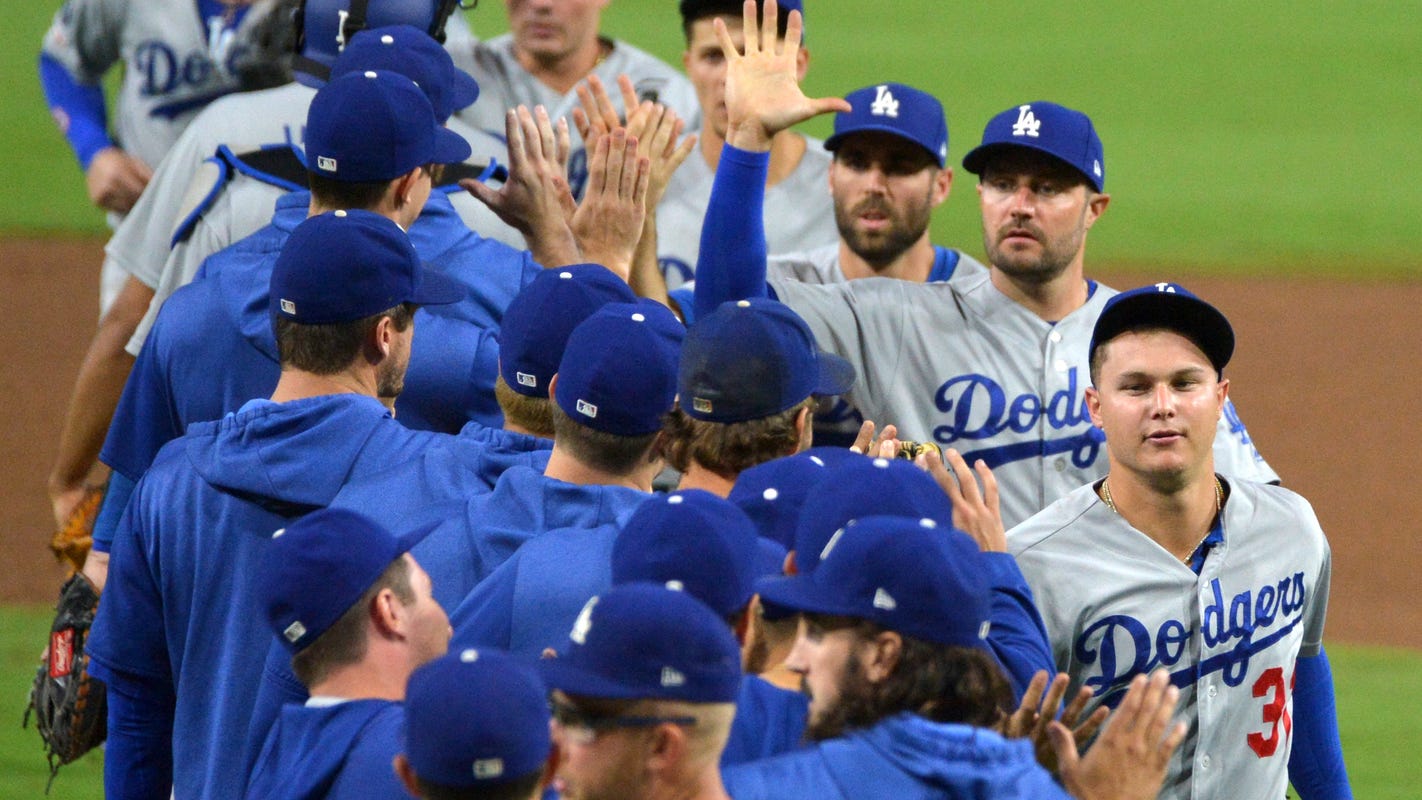 MLB playoff bubble is coming, and it ruined the trade deadline

What I’m Hearing: Bob Nightengale on what teams went big at the trade deadline

Go ahead, blame it on the bubble plan.

There were 17 trades made at the deadline Monday, but not a single team with a virtual playoff berth outside the San Diego Padres, made a major move.

The Tampa Bay Rays, sitting atop the AL East, sat pat, along with the team chasing them, the New York Yankees. The AL Central contenders either stood still or hurt themselves, with the first-place Chicago White Sox and Minnesota Twins not budging, and the Cleveland Indians trading away veteran starting pitcher Mike Clevinger.

The Los Angeles Dodgers, who have won seven consecutive NL West titles, traded away a pitcher in Ross Striping, while watching the Padres load up. The NL East-leading Atlanta Braves didn’t acquire another starter, and the defending NL champion Houston Astros didn’t make a move.

While every team had their own reasons, from the exorbitant acquisition costs in prospects to financial woes to not believing a trade would bring them any closer to a World Series ring, the underlying theme was this year’s postseason format.

This is the first time it makes absolutely no difference whether you win your division, are the No. 1 seed in this 16-team tournament, or just squeak into the playoffs.

The Dodgers congratulate each other after a win. (Photo: Jake Roth, USA TODAY Sports)

Just ask the Dodgers, the best team in baseball, who are going to win the NL West with the best record in the league.

They will play a best-of-three round against the team with the league’s eighth-best record knowing that anything can happen.

“I think October,’’ said Andrew Friedman, Dodgers president of baseball operations, “looks different this year than it has in any other year. …

“I definitely think it introduces more variance. Now, all things considered, is that a good thing or not?’’

BURNING QUESTIONS: The final month of the season begins

MLB’s MOST EXCITING TEAM: Padres steal the show at the deadline

Check the temperature of all the NL contenders praying the Cincinnati Reds don’t make the playoffs, knowing they’re capable of pulling off a Washington Nationals’ sequel with a terrifying rotation of Trevor Bauer, Sonny Gray and Luis Castillo.

Oh, how MLB’s bubble plan has dramatically changed the dynamics of the postseason.

Major League Baseball and the players union have yet to formally agree on the bubble plan, but two officials with direct knowledge told USA TODAY Sports that the first round of the playoffs — a best-of-three series beginning Sept. 29 — would be entirely played at the home of three division winners and the second-place team with the best record.

It will be the last time any postseason team can possibly play at home, barring the Texas Rangers (12-21) making the most miraculous run in baseball history and winding up in the World Series.

The alignment was designed this way to prevent the Dodgers or Padres from playing any home games in Southern California during the playoffs, and the Astros from playing postseason games in Houston.

The best-of-seven World Series will be played at the Rangers’ new retractable roof ballpark in Arlington, taking advantage of the Central Time Zone for TV ratings.

Even though the games won’t be played in a real bubble like the NBA, plane flights will be eliminated upon arrival for start of each postseason series, with teams staying close to the ballparks requiring short bus rides. There will be hotels close enough in San Diego, Houston and Arlington for players to simply walk to the ballparks.

MLB, with nearly $1 billion of postseason TV money at stake, are taking all precautions, testing players, coaches and staff members every day during the postseason. They’re seeking approval from the union as well, for even the home teams to spend the final week of the season isolated in hotels, trying to prevent any coronavirus outbreaks before the postseason.

The regular season ends Sept. 27, and for the first time, MLB has eliminated the potential of any tiebreaker games.

The tiebreaker formula will be head-to-head record (which may not be a factor with so few teams playing one another with the regional schedule), followed by best intra-division record, and then the best record in the final 20 games. If there’s still a tie, it will be decided by teams who had the best record over 21 games, and continually adding games until the tie is broken.

Yet, if you look at the standings, particularly in the American League, there may be precious little drama. There are seven AL teams — Tampa Bay, New York, Oakland, Houston, Chicago, Cleveland and Minnesota — who have at least a 93% chance of reaching the postseason. The Toronto Blue Jays (18-15), who are the only other AL team with a winning record entering Tuesday, have a 75% chance of occupying the final playoff spot.

The National League has just four teams with better than a 97% chance to reach the playoffs — Los Angeles, San Diego, Chicago and Atlanta. They’re the only NL teams with winning records entering Tuesday. Everything else is wide open with only Pittsburgh, Arizona and Washington out of contention.

So, with no byes or home field advantage in the postseason, and most teams already knowing whether they’re in or out, there simply was little incentive for any team to mortgage the future for the present.

It may be a playoff bubble designed to protect everyone’s health and safety, but the repercussions kept every playoff contender — outside the Padres — from gambling on their future, either.

The postseason will have a bubble, but as teams proved at the trade deadline, it’ll come with a safety net, too.