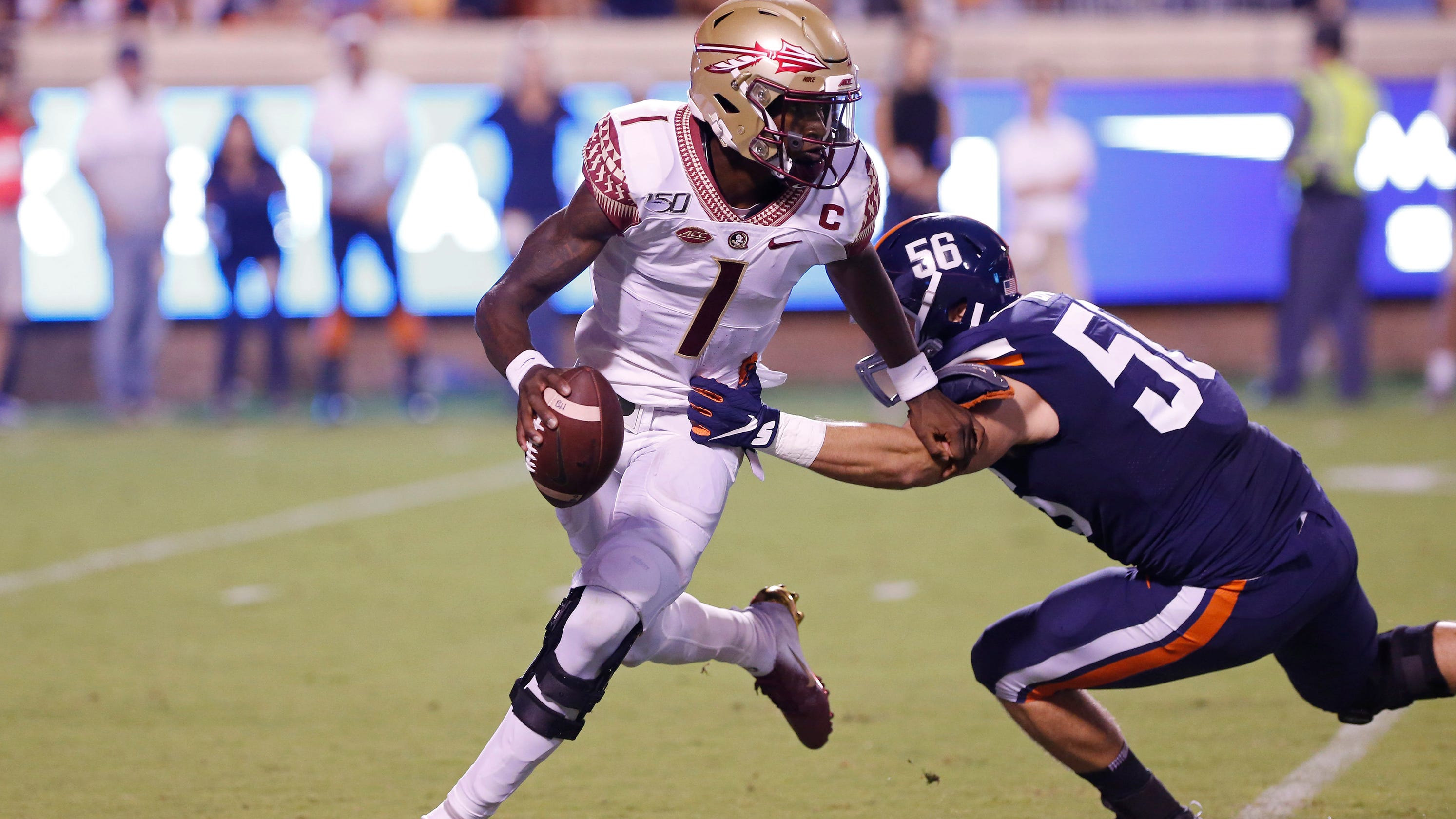 The FSU head coach talked the transition from preseason camp to prep for the team’s first game after Saturday’s practice.

There will be a familiar face leading the Florida State offense into the 2020 season when the Seminoles open the season Sept. 12 at home against Georgia Tech.

“James is having an extraordinary camp, really pleased with the growth and development I’ve seen for him in all aspects on the field. Doing a really good job taking care of the football, obviously managing the offense, his talent I believe he has all the skills and traits of what’s necessary to be a very successful quarterback,” Norvell said of Blackman winning the job.

“Off the field, the amount of time he puts into studying, obviously learning another system that he’s had to work through in his career. But I think he’s truly trying to be that example, not only for himself being the best version of what he expects, but also getting them for this football team in all regards.”

This is the latest chapter in what has been a roller coaster for Blackman. He was thrust into the starting quarterback job in the second game of his freshman season in 2017 after Deondre Francois suffered a season-ending injury in a season-opening loss to Alabama.

He started the final 12 games that season and led Florida State to mixed results and a bowl berth. He redshirted in 2018 behind Francois, appearing in four games and starting one, before once again claiming the starting job in 2019, beating out Wisconsin transfer Alex Hornibrook and Louisville transfer Jordan Travis.

He started 10 of Florida State’s 13 games last season, but had to earn his starting job once again entering this season as he had to get acclimated to the third head coach and fourth offensive coordinator of his four-year career this offseason.

Blackman wasn’t concerned with any of that, though. Instead he channeled Norvell’s message and focused on controlling what he could control.

“I just come out and focus on getting better each and every day,” Blackman said.

“That’s just the big thing with me, just making sure I come out and grow with each situation daily, every second, every minute just trying to get better. I really wasn’t focused on all that, just put the work in, did what I had to do to execute and I felt like I would be in a good position.”

Blackman has talked at length over his tumultuous career about his unending passion for Florida State, frequently saying that he bleeds garnet and gold. This loyalty played a role in him never considering a transfer despite another coaching turnover and the third consecutive position battle he had to overcome this offseason.

“There was never a thought in my mind of leaving or trying to go somewhere else,” Blackman said.

One of the main aspects of the position Norvell and offensive coordinator Kenny Dillingham worked on with Blackman and the other quarterbacks was their response to adversity.

The talent has always been there for Blackman, but he’s struggled at times with compounding mistakes into additional mistakes, as he did when he threw four interceptions in last year’s Sun Bowl loss to Arizona State.

“There’s going to be a bad play that probably shows up in every game, but his response is what’s going to define him. That’s one of the things I’ve been most pleased with,” Norvell said of Blackman.

“James is an emotional player and I’m an emotional coach, and when we’re out there on the field, that’s what you want. You want guys who are passionate about playing and coaching this game. But when it comes to game day, it has to be controlled. We always have to control our response and it’s part of the reason we practice with the intensity which we do, or the reason why we try to work as hard as we do.”

Blackman entered this preseason by far the most tenured quarterback on the roster. He’s appeared in 28 games and made 23 starts while the other three have made seven appearances and no starts between them at the collegiate level.

None of this played a role in the decision, though. Norvell says Blackman had to earn it with his play on the practice field as the quarterback room entered the offseason with a clean slate.

Safe to say that Blackman was up to the task.

“He had to continue to come, show up every day and build upon the player, the man and every aspect that he wants to be. And that’s what showed up,” Norvell said.

“I’m really pleased that that young man specifically has responded in a great way. He’s had some highs and some lows, but in our experience together, he’s done everything that I’ve asked him to do to prepare himself and put him in position to be our starting quarterback.”