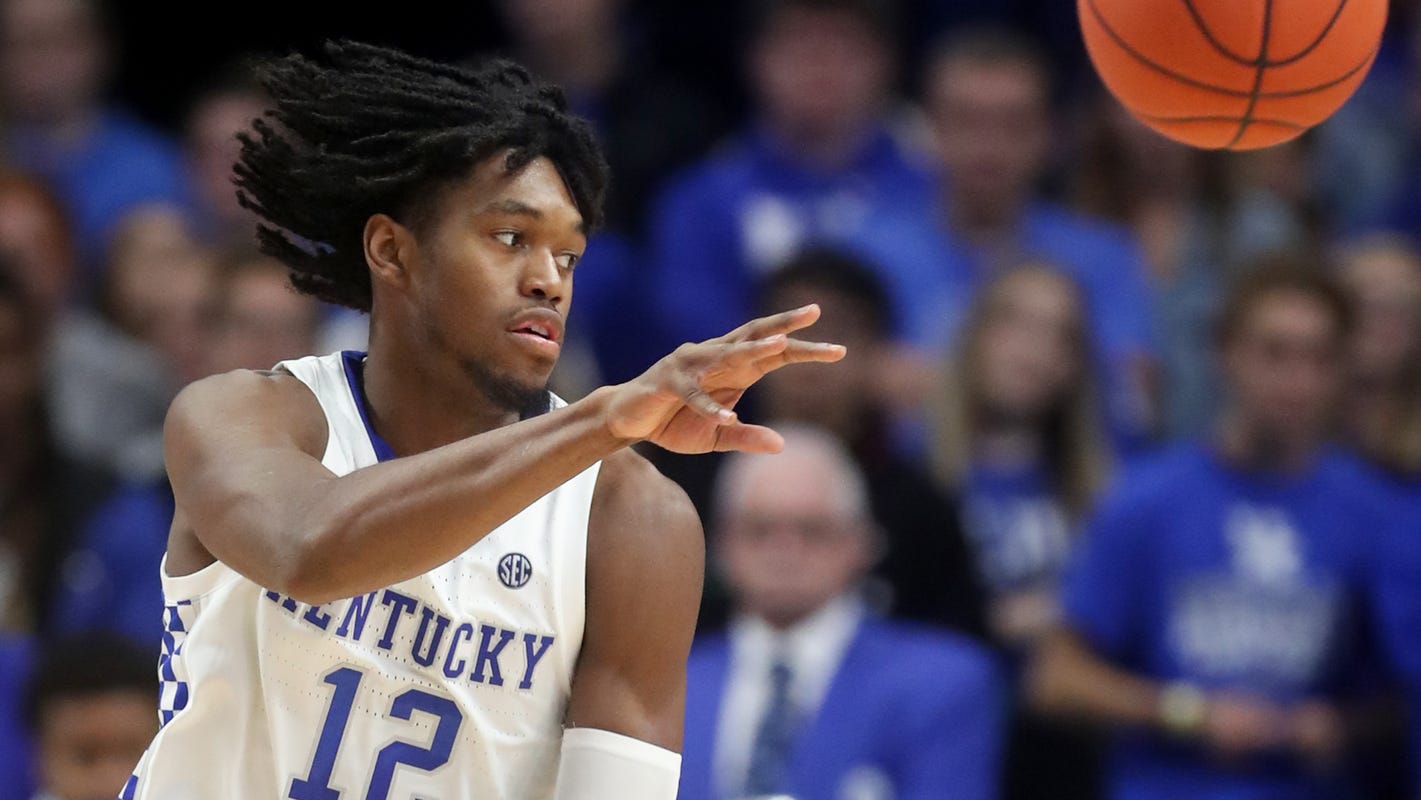 Kentucky coach John Calipari wanted to acknowledge his white privilege while he listens to his Black athletes about race issues in the country.

LEXINGTON, Ky. — Members of the Kentucky basketball team have a message for Big Blue Nation.

“You cheer us on the court, but we are asking you to support us off the court,” players said in a video speaking out against racism posted to the official UK basketball Twitter account Monday night. “Be a part of the change.”

In the two-minute video, each member of the 2020-21 roster alternates reading lines in a prepared message.

“The time for change is now,” the players said. “We’ve watched for too long now as our mothers, our fathers, our brothers and our sisters have been profiled and discriminated and even beaten, shot and killed. The victims of police brutality with no justice.”

Several members of the team, including top-10 recruits and projected 2021 NBA draft lottery picks Terrence Clarke and B.J. Boston, say in the video they have experienced racism firsthand.

We ask you to join us. pic.twitter.com/XYoFVnfHJX

At one point in the video, the team lists off a list of Black people killed by police, including former UK student Breonna Taylor.

“We grieve with you, we are angered with you and we as brothers — Black and white — are here to help to put an end to it,” the players said.

The team closes its message with a plea to local government officials and police to “come together to make real change.”

Coach John Calipari’s only appearance comes in the final seconds as he asks viewers to join the team in its call for action just before a group shot of Calipari and the players in saying in unison, “Black lives matter.” The video then closes with audio of Billie Holiday singing “Southern Trees,” with the lyrics, “Southern trees, they are strange fruit. Blood on the leaves and blood at the roots. Black bodies swinging in the southern breeze.”

The video comes less than a week after a segment of the fan base reacted negatively to sophomore forward Keion Brooks responding to a question about calls to change the name of Rupp Arena by saying he had not fully researched Rupp’s history but “would like to see a name change just basically because of what his name is and what that’s connected to and what that kind of represents.”

Some fans also took issue when Calipari tweeted a photo of players holding voter registration forms with a caption noting he had talked to the team about how to obtain absentee ballots for the 2020 election.

Calipari responded to the backlash from Brooks’ comments with a series of tweets Friday evening.

“BBN, I know some of you are upset with (Brooks)’ comments regarding Rupp Arena. Let me tell you he’s a very smart person and a very conscientious young man,” Calipari tweeted. “However you feel about what he said, my hope is you show him the respect that all of our/your players deserve. My job is to make sure all of our players are educated on all that goes along with Coach Rupp’s name and we are going to walk through that. My plan is to get former players on a Zoom with our current guys so they can ask those players directly about Coach Rupp.

“My focus has been on everything going forward, which is why we hadn’t addressed it. As I’ve said before, give these players the benefit of the doubt. If you’re unhappy with anything, be unhappy with me, not a 19-year-old who is walking through these difficult times. I love you all.”

Earlier last week when asked how he would respond if any of his players wanted to make a demonstration against police brutality and racism during a game as many professional athletes have in recent weeks, Calipari said he would first listen to his team.

“I’m white privilege,” Calipari said. “Even though I grew up the way I grew up, I was still white, which meant I had an advantage. Even though it was Friday to Friday and I had one pair of tennis shoes, it didn’t matter.”

Brooks has been named to the National Association of Basketball Coaches Player Development Coalition and the SEC Council on Racial Equality and Social Justice.

“I’m a Black male,” Brooks said last week. “And at times I feel like we’re being hunted. When it really hit me, there was a time where I cut my hair. I was just holding my phone one day, and when the phone is on the lock screen you can see a reflection of yourself. I looked at my reflection, and I thought, ‘Wow, I kind of look like George Floyd right now.’ It made me realize that could have been me. Could’ve been my brother. Could’ve been one of my teammates. It just made me want to do more to do what I can to help.”

Speaking out against the UK players’ video was the Kentucky State Fraternal Order of Police, in a tweet that was later deleted.

“How unfortunate the police are condemned by what was a well respected program,” stated the FOP tweet.

“Some of the cases cited in this short video were, in fact, false narratives of injustice. Credibility goes with the claims of police brutality in narratives, proven with evidence and facts to be lies.”

In his comments,  McConnell said people have a right to peacefully protest, but he criticized those who were “rioting and looting” in American cities over the summer.

Asked about the FOP’s deleted tweet, McConnell campaign spokeswoman Kate Cooksey did not directly address it, but said the senator “spoke about being a supporter of constitutionally protected speech this morning during his event.”

Amy McGrath, McConnell’s Democratic opponent in the U.S. Senate race, retweeted the UK players’ video and expressed her support, writing “Listen to them.”