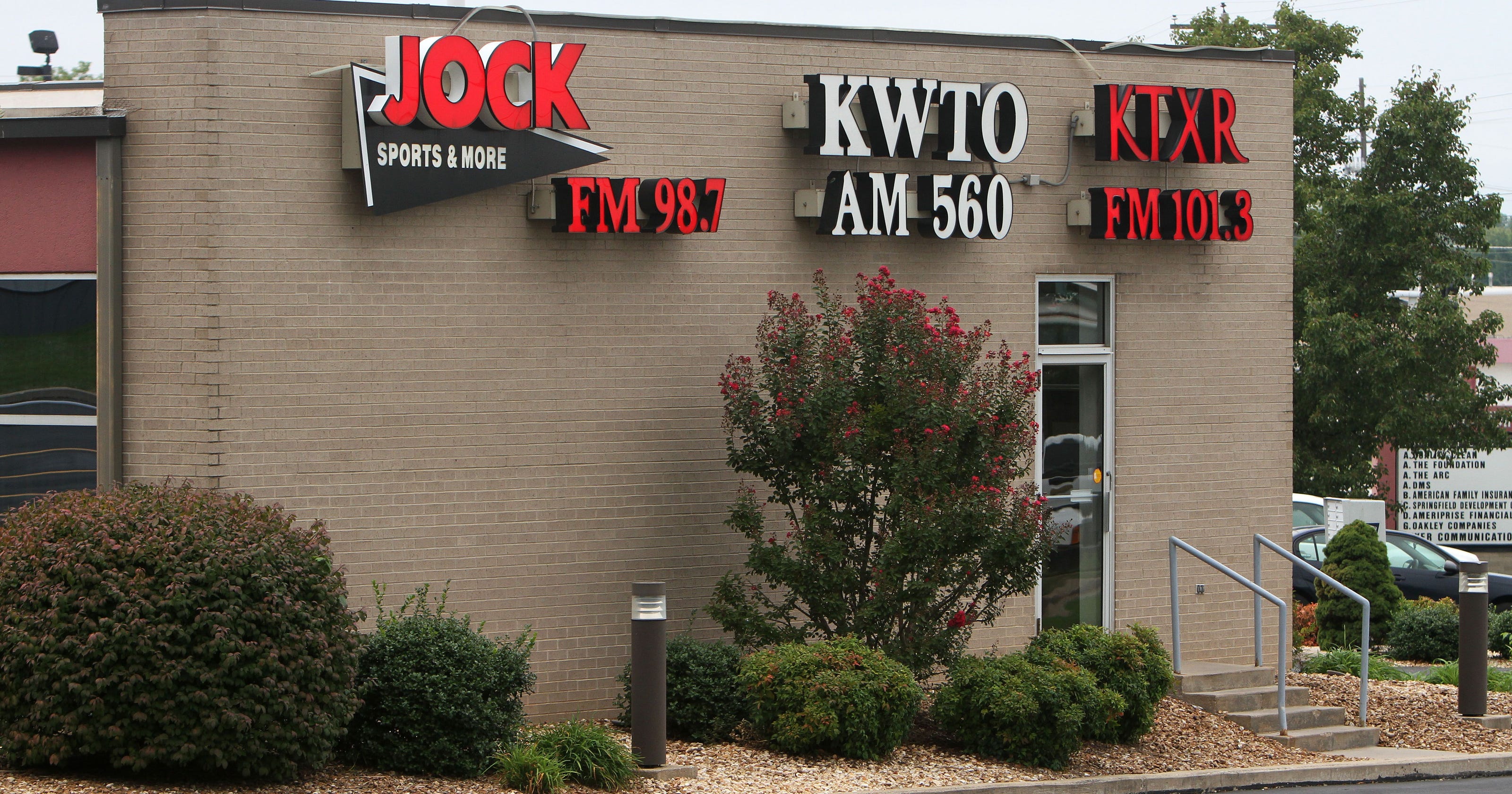 
A Missouri sports radio host was off the air Monday morning after making offensive comments Friday about vice-presidential candidate Kamala Harris, according to three people with knowledge of the situation. They spoke on condition of anonymity because of the sensitivity of the matter.

Nate Lucas, who hosts “The Nate Lucas Show” on Springfield’s Jock radio stations, will not be appearing on the show all week, according to operations manager Tom Ladd, who hosted the 9-11 a.m. show Monday morning.

The News-Leader was unable to find a recording of Lucas’ show from Friday, but the three people said Lucas used an offensive sexist slur to describe Harris, a United States senator who is running for vice president.

Sports Reporters is on Jock 98.7 FM on Monday through Friday from 8 a.m. to 10 a.m. (Photo: Valerie Mosley/News-Leader)

The sources said Lucas was also hypercritical of members of the Missouri State University football program on his show Friday after he learned that student-athletes were planning to march through campus in an effort to raise awareness of racial injustice.

An attempt to reach Ladd for comment on Monday was not successful, but Ladd said on air that the station was asking listeners to give them time to deal with the situation.

“While we’d like to say more about the situation right now, it would probably be better if we leave it at that for the time being,” Ladd said on air.

On Monday afternoon, Art Hains — the longtime host of “Sports Talk” on the Jock and play-by-play man for Missouri State athletics — announced on his show that he would be stepping away from the station indefinitely because he did not want to be associated with the “regrettable” comments Lucas made about Missouri State student-athletes and staff.

Hains said it was his decision to step away after reviewing tape of Lucas’ show from Friday. He said he would be gone until the situation with Lucas is resolved.

Friday is not the first time Lucas’ comments have given listeners pause. Last year, Lucas referred to a caller as a “likely pedophile” after the caller questioned Lucas’ work ethic and professionalism, according to a recording obtained by the News-Leader.

Reached by phone on Monday, Lucas referred a reporter to Zimmer Midwest Communications for comment.

An attempt to reach one of Zimmer Communications’ co-owners for comment on Monday was not immediately successful.

Lucas took over the time slot once occupied by legendary Springfield broadcaster Ned Reynolds. In the past, Lucas has also done broadcasting work with Springfield Cardinals games and Southwest Baptist University athletics.

The Jock used to be broadcast on 98.7 FM but recently moved to 96.9 FM and 1060 AM after the station was acquired earlier this summer by Zimmer Midwest Communications.