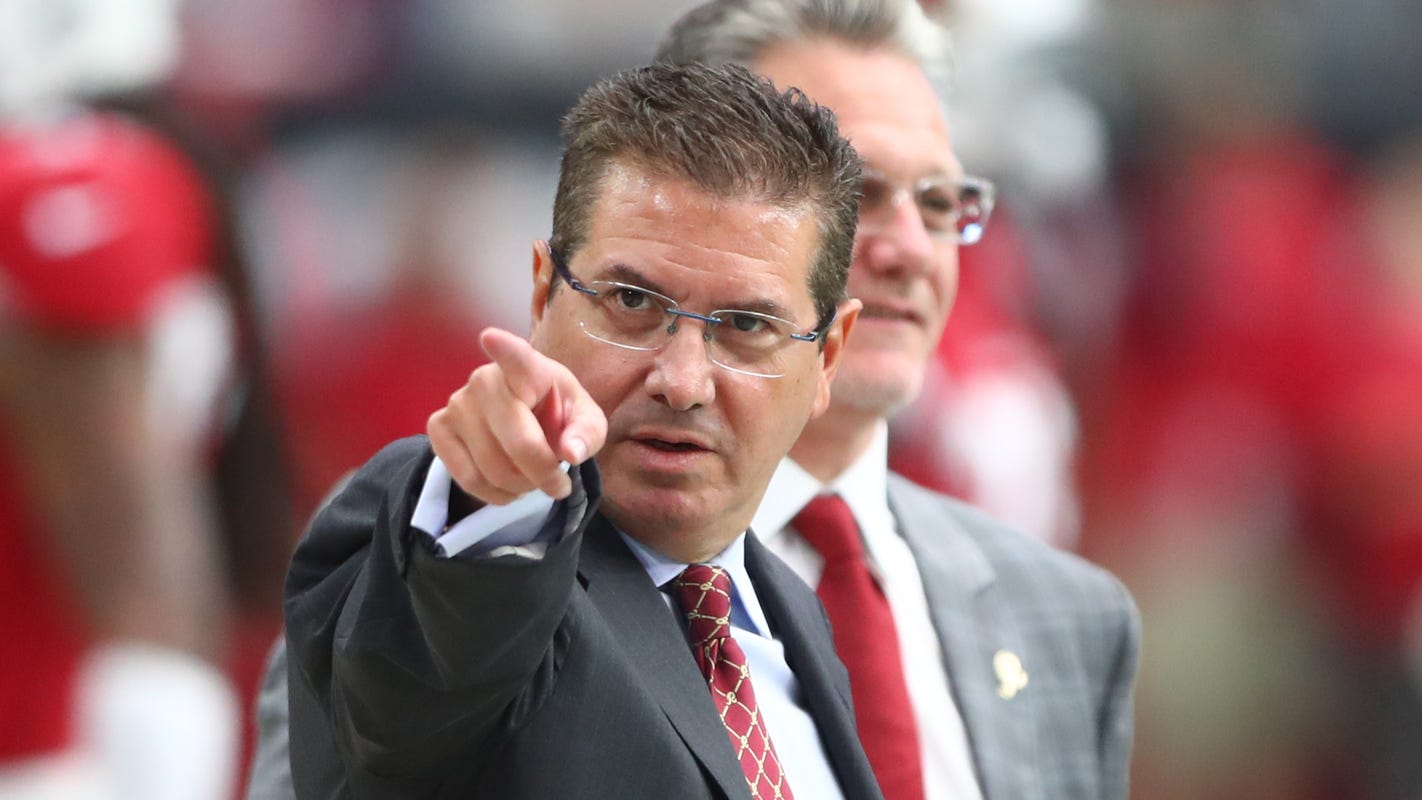 Two stories emerged this summer concerning the Washington Football Team. First, the NFL franchise jettisoned its longtime team name. Then it stood accused of countenancing a culture of sexual harassment.

“They are the same story,” she says. “Of course they are. They’re both about the same thing — power.”

Harjo, who is Cheyenne and Hodulgee Muscogee, fought against the former Washington team name for decades. And now she is unsurprised by the allegations of women who once worked for the Washington team and who say they were leered at and marginalized by men in management: men who for years could not see what was wrong with the team name — and who, as it turns out, could see team-shot video of partially unclothed cheerleaders.

FOURNETTE’S NEXT NFL TEAM? Patriots, Buccaneers could be sensible fits for ex-Jaguars RB

“The people who are the perpetrators, in both cases, are bullies,” Harjo says. “Call them what you will — perpetrators, predators, bullies, harassers, racists, sexists. If you scratch one, you find another.”

Dan Snyder on the sidelines during a game against the Arizona Cardinals at University of Phoenix Stadium in 2018. (Photo: Mark J. Rebilas, USA TODAY Sports)

Daniel Snyder is the owner of the Washington Football Team. And ownership, Harjo believes, is at the crux of both stories.

“He owned a team with a racist name, and he thought he owned us,” she says, meaning Native Americans and their images and imagery.

Similarly, she thinks the team owner felt a sense of ownership over the women who worked for him.

“Because he employs them,” she says. “He pays for them.”

The Washington Post published a pair of deeply reported articles — one last month, one last week — that taken together suggest a pattern of sexual harassment and misconduct. The number of women who spoke to the Post, most of whom once worked for the team, stands at 42. They described a culture of harassment so pervasive that some of them set up their own secret support group.

Snyder issued a statement, in reaction to the latest Post story, that failed to mention the women except to question the validity of their claims. Post columnist Barry Svrluga took Snyder to task for that and said he should learn to apologize: “Start with the victims who worked and suffered under you because, at a minimum, they need to be acknowledged.”

Likewise, no acknowledgement of harm done came when the team announced that it would at last discard its name and go with a placeholder for this season: Washington Football Team.

“I’ve been calling them that for years,” Harjo says, laughing. “Maybe I should get royalties.”

Harjo, 75, was the architect of a pair of petitions in federal trademark-registration cases that twice proved the team’s former team name is disparaging. She lost those cases in court — on technicalities, not on the merits, she is quick to point out — but now, at long last, has won the war. Harjo was the lead petitioner in the first trademark case. A Navajo social worker, Amanda Blackhorse, was lead petitioner in the second one.

“We were Native and we were women,” Harjo says. “To Snyder, that’s a double whammy. He doesn’t like women who speak publicly, and certainly not about him.”

Harjo’s career is defined by far more than her steadfast opposition to the former Washington team name. She is an activist for treaty, land, and water rights for Native Americans. She is a writer and a museum curator, a poet and a grandmother — and a recipient of the Presidential Medal of Freedom.

Yet, for all of that, she believes she was treated shabbily by a succession of owners of the Washington Football team — from Jack Kent Cooke to John Kent Cooke to Snyder — during the 25-year run of the two trademark cases.

“I was treated disrespectfully, and with a kind of dripping disdain and sarcasm, like I was a despicable piece of trash sitting in a room,” Harjo says. “And that was just the lawyers. You could see it from the sneers of the owners, from a distance. They would never even meet with us.”

All of that, she says, is of a piece with being seen more as a mascot than as a person — and of seeing female employees as objects more than people.

“Dehumanization is what disrespect is,” she says. “When you don’t regard someone’s humanity or personhood, they can be a cartoon, a mascot, a …”

She pauses, unwilling to say the two-syllable slur of the former team name. She fills in the blank instead with this: “a despised, vile word.”

That word is gone now. Snyder once told USA TODAY Sports that he would NEVER change it. The question that elicited such dismissiveness concerned the trademark-registration cases launched by Harjo.

Now she is here to say that the two big stories of the team’s terrible summer are really two sides of the same coin.

And coin is the right word.

“Power and money,” Harjo says. “That’s what all of this is about. And always has been.”