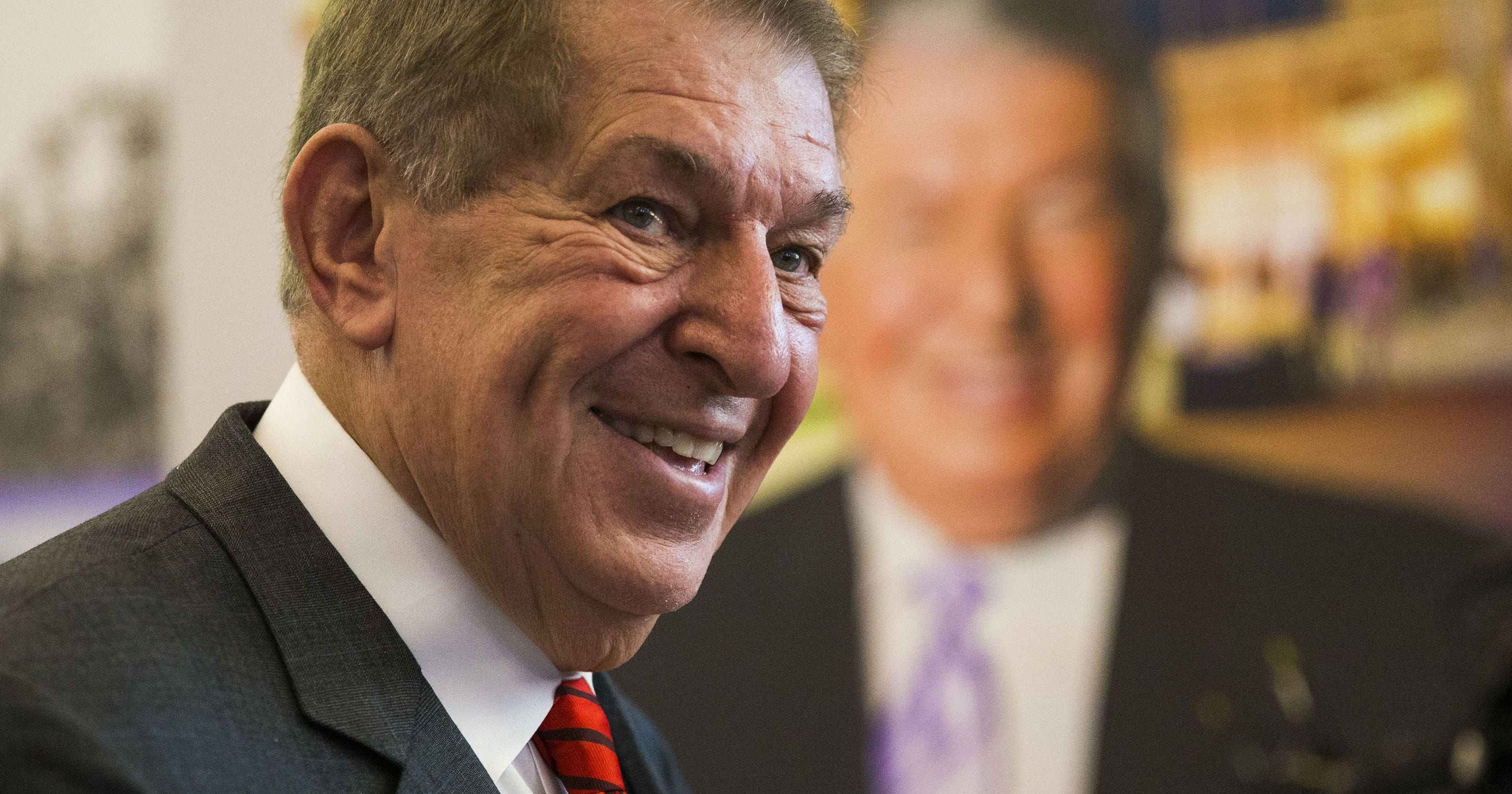 
The NBA player playoff game boycotts Wednesday through Friday in the Orlando bubble has drawn support from the league’s brass and several team owners, including Phoenix Suns owner Robert Sarver.

During a segment on ESPN’s Thursday episode of The Jump, the panel discussed future possibilities of the league diversifying its 30 team owners with more people of color. ESPN personality Stephen A. Smith reminded the show’s panel how Colangelo enabled Black Entertainment Television (BET) founder  Robert Johnson to purchase the Charlotte Hornets in 2002.

“It took Jerry Colangelo and his connection to Jerry Colangelo for the NBA Board of Governors to let (Johnson) into that good ol’ boys club,” Smith said. “Now you got Michael Jordan there, guy like Mark Cuban, (Houston Rockets owner Tillman) Fertitta, (Golden State Warriors owner) Joe Lacob and others, those guys can assist in diversifying that ownership group to let somebody else in.”

They were renamed Charlotte Bobcats in ‘03. pic.twitter.com/INAa2IDIWS

Michael Jordan is the current majority owner of the Charlotte Hornets and remains the sole Black majority NBA team owner. Before Jordan acquired the franchise from Johnson in 2010, the billionaire Hall of Famer was a second-largest minority shareholder in the franchise behind Johnson.

The Hornets are an expansion team that played its inaugural year during the 1988-89 season. Their original team owners led by George Shinn eventually opted to move from Charlotte to New Orleans for the 2002-03 season, which the league’s Board of Governors approved in late 2002.

Colangelo, majority owner of the Phoenix Suns at the time, explained to The Arizona Republic his dismay for the team’s relocation.

“At the time, I was the Chairman of the Board of the owners in the NBA and was chair of the Expansion Committee. The story behind the story is that Charlotte’s ownership was looking to move the franchise to New Orleans and we were not interested in having that franchise moved,” Colangelo said.

“We felt Charlotte was an excellent market, they really had a good history behind it, but that existing ownership at that time had really dropped the ball. So, they wanted out and we had a dilemma. Legally, we couldn’t stop them, and so I remember I had a private meeting with (NBA) ownership and offered them $280 million for the franchise to keep it in Charlotte and we would’ve found a new owner at that time. But they just wouldn’t accept.

“They ended up getting their move but what I made sure took place at that time, I said, ‘If they go, we’re putting an expansion team in Charlotte.’ We had not been contemplating expansion at the time. Sometimes leagues have a plan that they’re going to expand by two or four (teams) over the next X-number of years but we didn’t have a plan to expand. That’s something I really pushed and I set the price at $300 (million).”

Colangelo couldn’t stand pro sports teams leaving their fan bases. It reminded him of the MLB’s Brooklyn Dodgers and New York Giants moving to California in the 1950s.

“The fact that the Giants and Dodgers were moving out of their cities and going West to San Francisco and L.A., I couldn’t understand that and it was upsetting to me to hear about the fans who lost their teams. That was embedded in me,” Colangelo said. “If Charlotte was going to lose a team, it wasn’t fair.

“They deserved a team, and even though we didn’t have expansion plans, that was the right thing to do. And it was an opportunity to bring in African-American ownership, which was a statement. The good news is that Bob Johnson led to Michael Jordan, who has that ownership, so I think that’s great.”

Colangelo had a longtime connection to Johnson before the agreement for Charlotte’s new expansion team was finalized in 2002.

Hall of Famer Larry Bird was part an equity group pursuing the new Charlotte expansion team along with two other groups, Colangelo recalled.

But Colangelo leaned more towards his fellow University of Illinois alum Johnson, who had more financial clout and chance to make history for Blacks in the sports and business worlds.

“Bob Johnson represented one of the three groups,” Colangelo said. “I knew Bob, not intimately, but when he was running BET. He was also a University of Illinois alumnus like myself. Over the years, he would lean on me for tickets for various things and I accommodated him where I could.”

The NBA Board of Governors and Expansion Committee concurred and approved Johnson and his group to buy the new Charlotte franchise, named the Bobcats, in December 2002.

Colangelo delivered the message to Johnson, who became the first Black majority team owner since the Negro Baseball Leagues in the 1920s through 1950s.

“I remember walking over to the hotel in New York City, (Johnson) was at the Four Seasons, I believe. I met with him in his suite and I said, ‘You’ve got the franchise. It’s $300 (million) if you want it,'” Colangelo said. “That decision was made by our committee and we were going to grant it to him for a number of reasons. One of which was the fact that we did not have African-American ownership in the NBA. There were limited (Black) partners with franchises but not the main guy. And he accepted it.”

The Bobcats held their expansion draft in June 2004 and launched in the following season. Johnson sold his stake in the team in May 2009.