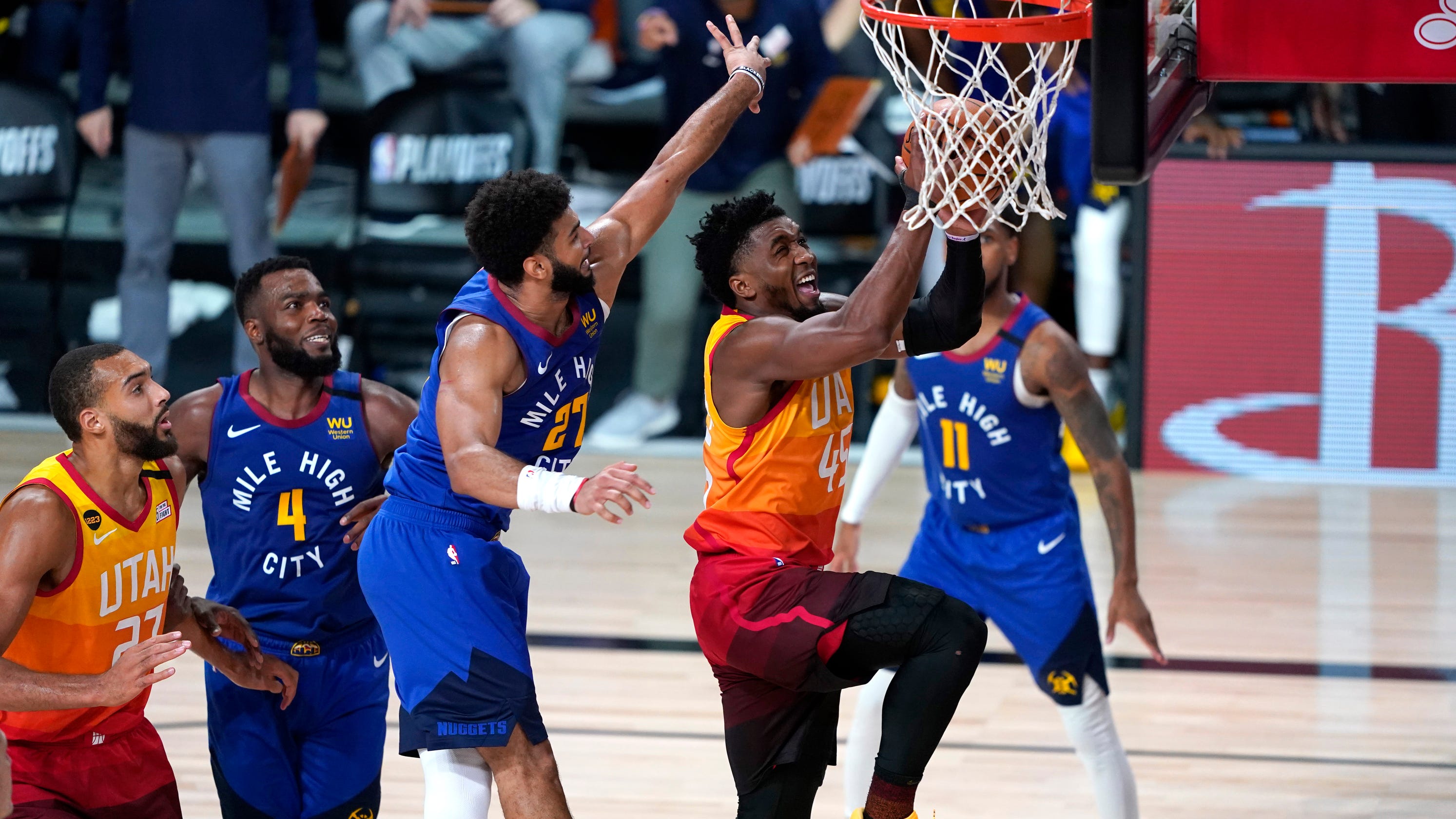 Leading up to the Nuggets-Jazz series, the anticipated individual matchup was Nikola Jokic (Nuggets) vs. Rudy Gobert (Jazz), but 23-year-olds Jamal Murray and Donovan Mitchell have quickly proved to be the headliners after their last three performances.

Utah shooting guard Donovan Mitchell and Denver point guard Jamal Murray made NBA history in the bubble as the first two players to score 50 or more points twice in the same series.

Here’s what our NBA experts have to say about the highly anticipated matchup.

Mark Medina: The Jazz have found new life in the chemistry between Donovan Mitchell and Rudy Gobert. There was tension within the Utah duo after Gobert tested positive for the coronavirus and then Mitchell also positive test. But since the NBA resumed its season, Mitchell and Gobert have become a nearly unstoppable one-two punch. Expect the Jazz to lean on that combo to compensate for when Nuggets guard Jamal Murray goes on a scoring spree. The Jazz’s Game 6 loss aside, Utah still has won games even when Murray has played like a star.

Jeff Zillgitt: The Nuggets will ride their momentum — and Jamal Murray’s hot hand — to the franchise’s first series win after falling behind 3-1.

Matt Eppers: Denver. I picked the Nuggets before the series began, so I’m sticking with them now. As good as Murray vs. Mitchell should be, the center matchup will be key, and I like Nikola Jokic to make a bigger impact than Rudy Gobert.