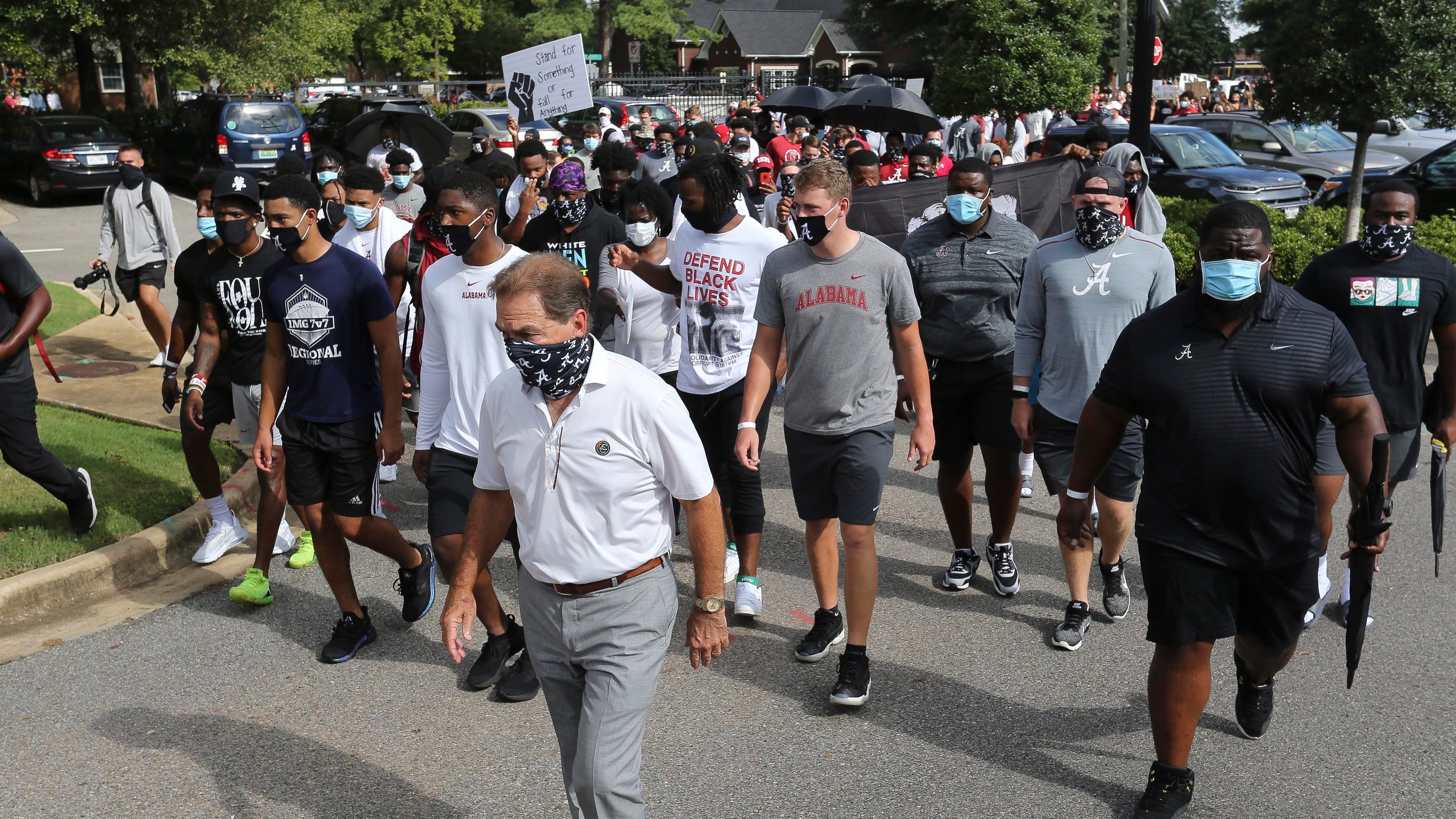 Over a hundred University of Alabama athletes, coaches and support staff marched from the Mal M. Moore Athletic Building to Foster Auditorium on Monday afternoon, protesting racial injustice. After reaching Foster Auditorium – where then-Alabama Gov. George Wallace attempted to keep the university segregated with the “Stand in the Schoolhouse Door” on June 11, 1963 – UA football coach Nick Saban was the first of eight speakers.

Three of Saban’s players spoke: running back Najee Harris, outside linebacker Jarez Parks and offensive lineman Chris Owens. Harris said the momentum of the movement cannot wane and outlined his own plans for continuing community involvement to further the cause.

“In sports, a team is a place where everyone has an equal opportunity of being successful, and in order to get things done on the field of play we must all come together and unite as one,” Owens said. “Now look at the status of our country. Unlike our team, our country is not a place of equality and unity at the moment. Because of this, we are unable to accomplish our goal of a just society.”

Said Parks: “My life has been in a constant fear of knowing no matter how educated, how intelligent, how skilled I am, that my skin can be a perception-changer.”

The march and speeches at Foster Auditorium all spanned about 45 minutes. Most athletes went back to the athletic buildings the way they came, some still holding their signs above their heads.

They all expressed pride in the students who organized the march. Taylor encouraged them all to partake in the “nationwide party on Nov. 3,” – Election Day.

“At the University of Alabama, we can help lead bringing people together, uniting, because of our student-athletes and the passion that everyone has for our great university,” Byrne said.