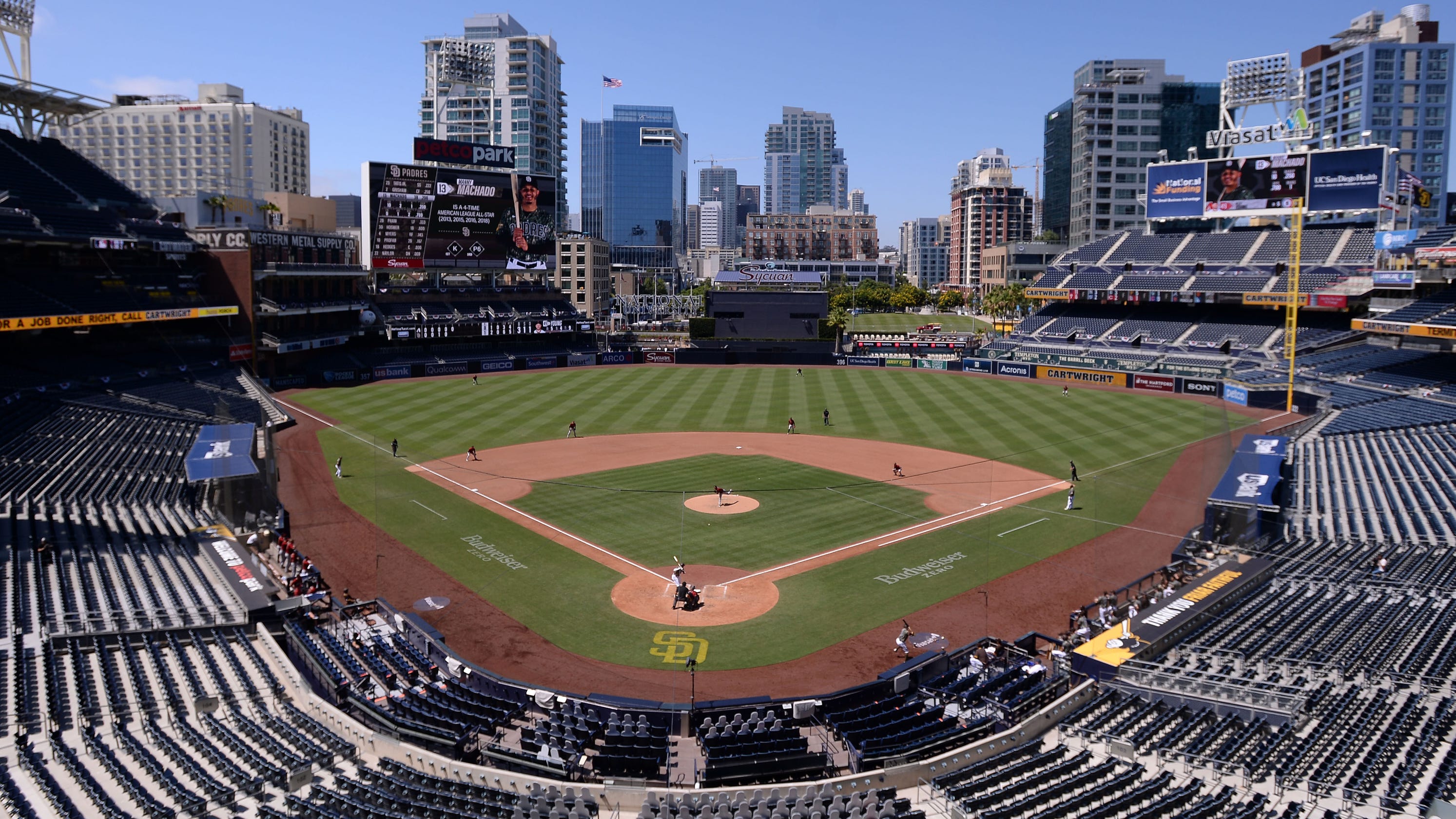 There’s only a few absolutes when it comes to Major League Baseball’s trade deadline.

Once it’s over, fans will gripe about their team’s inactivity. General managers who stood pat will turn that inertia into an endorsement of “the guys that are already here.” And GMs dumping proven talent will exude total confidence in the minor-league lottery tickets they just snapped up.

Yet in this pandemic-influenced season, where the muddled masses hover around 16 available playoff spots, definition is more elusive. Fewer impact deals were there to be made. Only one franchise truly had the leverage to remake its landscape.

Still, some teams very clearly achieved their initiatives, while others fell well short. With that, a peek at the winners and losers of this first-of-its-kind deadline:

Padres: And not just because “team that did the most is an automatic winner,” either. The startling early-morning strike for Mike Clevinger wrapped up 72 hours in which an already very good club erased deficiencies or upgraded significantly. GM A.J. Preller’s last wild-eyed flurry – just after the 2014 winter meetings – ended in regret, as he dealt away future stars Trea Turner and Yasmani Grandal. Preller has been rallying ever since trading James Shields for Fernando Tatis Jr., and now he’s banking that the 15 prospects or fringe players he dealt away won’t come back to haunt him.

And if Clevinger, Mitch Moreland, Austin Nola and Trevor Rosenthal net a World Series title this year or in the future, that may not matter, anyway.

Blue Jays: Hyun-jin Ryu’s signing in Toronto did not cause massive winter ripples, but it gave the aimless Blue Jays an anchor. Now, they have a better than 80% shot at the playoffs – and a bunch of complementary pieces around Ryu, who has pitched to a 2.92 ERA. Taijuan Walker, Robbie Ray and Ross Stripling extend the rotation and take a lot of pressure off a bullpen filled with power arms. Jonathan Villar joining forces with Cavan Biggio gives manager Charlie Montoyo multi-position flexibility and removes dead bats such as Santiago Espinal, Travis Shaw and Joe Panik from the lineup. All positive steps for a team that entered Monday 18-14 and one game behind the Yankees.

Cubs: Very nicely fortified their bullpen with lefty relievers Josh Osich and Andrew Chafin, and outfielder Cameron Maybin will provide strong late-inning defense and pop off the bench. But the greater upside may come in what its rivals didn’t do. The Brewers and Cardinals basically stood pat, while the Reds – already five games behind the Cubs – added complementary pieces in reliever Archie Bradley and extra outfielder Brian Goodwin.

Kind of feels like the Cubs won the division with hardly a splash Monday.

Giants: In his second deadline as GM, Farhan Zaidi decided to let his team cook, one year after splitting the difference between buying and selling. The Giants were 55-54 when Zaidi shipped off relievers Will Smith and Drew Pomeranz and finished 77-85. This year, they’re similarly a 50-0 shot for the playoffs, but Zaidi held his cards. Wise move. He can always take another crack at moving Johnny Cueto in the winter. Meanwhile, emerging pieces like Mike Yastrzemski, Joey Bart and Austin Slater will be well served to play what feel like meaningful games now, rather than observe the front office engage in mere arbitrage.

Yankees: Too easy, right? Only Yankee fans can see their squad drop $324 million for Gerrit Cole and then, months later, be irate that the club did not make menial upgrades. In truth, though, the Yankees badly need another arm, be it Lance Lynn or Kevin Gausman or even mere swing arms like Stripling or Joe Musgrove. With Aaron Judge and Giancarlo Stanton shelved, the Yankees won’t pound many teams into submission.  With Zack Britton, Tommy Kahnle, James Paxton and Luis Severino banged up for various lengths, the Yankees don’t have the arms to win too many close ones.

With the Rays rolling and the Blue Jays coming on, this final month before the postseason will be anything but routine.

Red Sox: It’s all just so sad. The Red Sox told new baseball operations chief Chaim Bloom to build a “sustainable” winner and that started with a trade of Mookie Betts. Now, a bad team – one of the worst in the AL – just lost Kevin Pillar, Mitch Moreland and some pitching, with no bell cow prospect in return.

Do Red Sox fans have the stomach for this? Will ownership really stay disciplined for the many years it will take? The Red Sox can always #pivot and write some checks, but this deadline felt like another grim glimpse into their future.

Braves: They lost ace Mike Soroka days into the season yet have nonetheless posted a 19-14 record and, with several flawed contenders beneath them, are well on their way to an NL East three-peat.

Trading for Tommy Milone, promoting Ian Anderson, hoping Mike Foltyniewicz v. 4.1 emerges from the Alternate Training Site as a viable option – that’s an awful lot of what-ifs. Max Fried and Co. are enough to bring the division home. But at some point, the Braves must build a staff equipped to pitch past the Division Series.