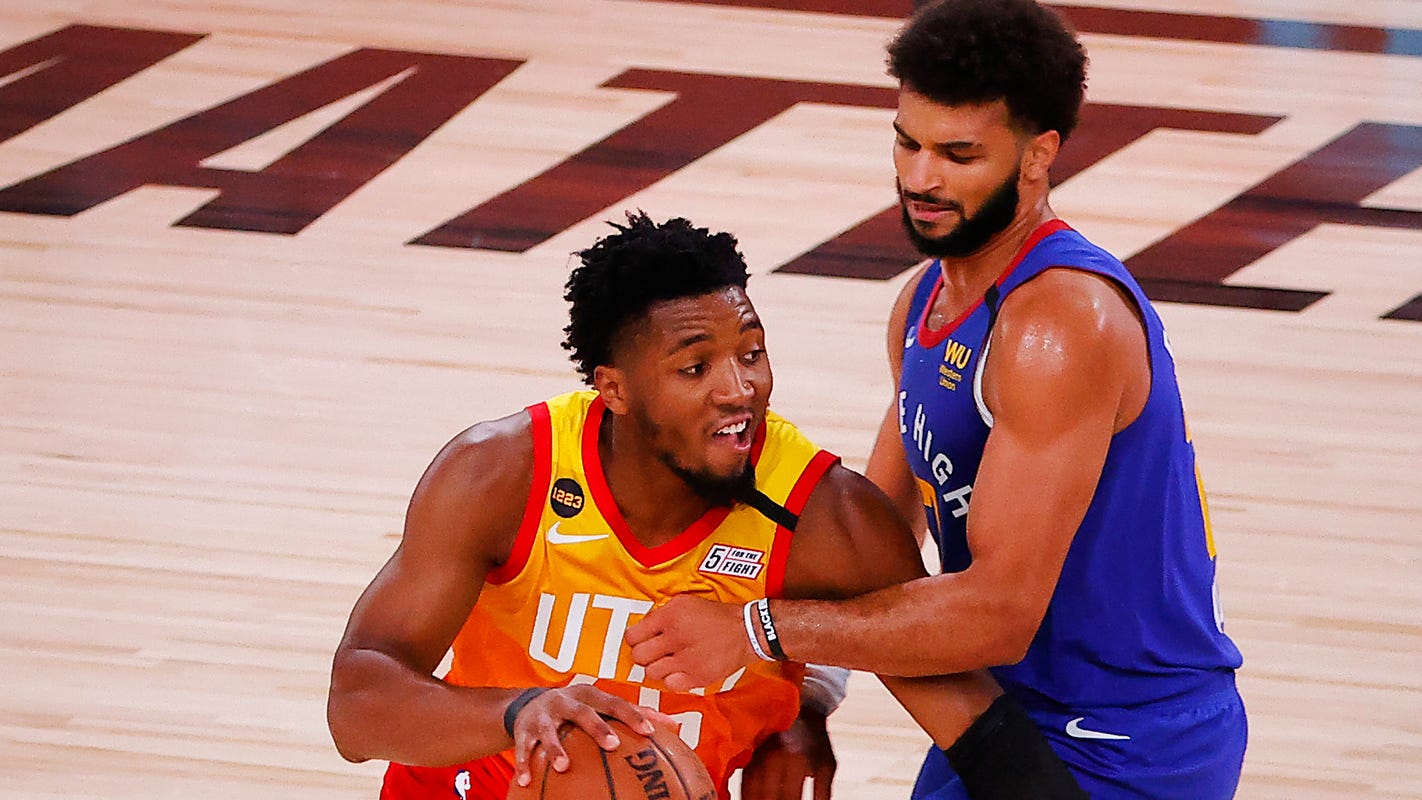 “If you’re not a fan of this series watching (Utah guard) Donovan Mitchell and (Denver guard) Jamal Murray going at it, two guys who have 50-point games in one series – when’s the last time that happened?” Malone said.

Mitchell and Murraymade NBA history as the first two players to score 50 or more twice in the same series.

Heck, only two players (Allen Iverson and Michael Jordan) had registered two 50-point games in the same series before this Nuggets-Jazz best-of-7 – which has turned into an entertaining thriller that will be decided in Game 7 on Tuesday (8:30 p.m. ET, ABC).

All eyes will be on Murray and Mitchell, who are each averaging at least 34 points in the series.

Murray’s performance in the past two games – 42 points in Game 5 and 50 in Game 6 on Sunday – saved the Nuggets from elimination. He had 21 points in the fourth quarter of Denver’s 119-107 victory in Game 6.

“Talk about a young man putting a team on his back and that will to win, to do whatever is necessary to find a way to get the win is tremendous, and to do it with everything that’s taken place in the last three, four days, all the raw emotion, makes it that much more impressive,” Malone said.

“I’m running out of superlatives. I just want to say I’m proud of him. What he did tonight was amazing, and obviously we’re not done yet.”

The raw emotion – stemming from the racial justice players are fighting for – emerged in his postgame interviews, first with TNT on the court then with reporters. Before he met with reporters on Friday’s practice day, Murray placed his basketball shoes on a chair. One sneaker had an image of Breonna Taylor and one had an image of George Floyd. He left the shoes there for two minutes before speaking with reporters.

He wore those same shoes in Sunday’s game.

“These shoes give me life,” Murray told TNT. “Even though these people are gone, they give me life, they help me find strength to keep fighting this world. That’s what I’m going to keep doing.”

Kentucky’s John Calipari, who coached Murray in college, told USA TODAY Sports: “The emotion that he showed after tells me two things. He has really been affected by the stuff NBA players are going through and trying to figure out, and the other piece is the bubble. It’s taken an emotional toll. For all those guys, it’s going to come out somehow.”

Mitchell is already an All-Star at 23 years old, and Murray, also 23, isn’t far behind, proving that in a postseason under difficult circumstances.

“I expect greatness from Jamal Murray,” Malone said. “He expects greatness from himself. He’s trained for this mentally and physically and now he’s just putting it all together … The best thing about this, this is where you make a name for yourself.”

Drill deeper, and shooting numbers illustrate he can score from anywhere in the halfcourt – at the rim, mid-range and deep, with or without defenders.

Coming from Canada to play college basketball at Kentucky, Murray didn’t have the same fanfare as some of the top U.S. high school players. Calipari said Murray benefited from that.

“He’s a young man who wasn’t in the United States being ranked the No. 1 this and that and best ever,” Calipari said. “He wasn’t spoiled by all the clutter.”

Calipari enjoys staying in touch with his former players. After one has a good game, he likes to tease them by shortchanging their stats. “Hey, nice 32 points,” when the player had 40.

Within minutes, Calipari said Murray hit him back: “It’s 92, and I’m only worried about Game 6.”

Said Calipari: “He knows he has one more game. … That’s where his mentality is.”