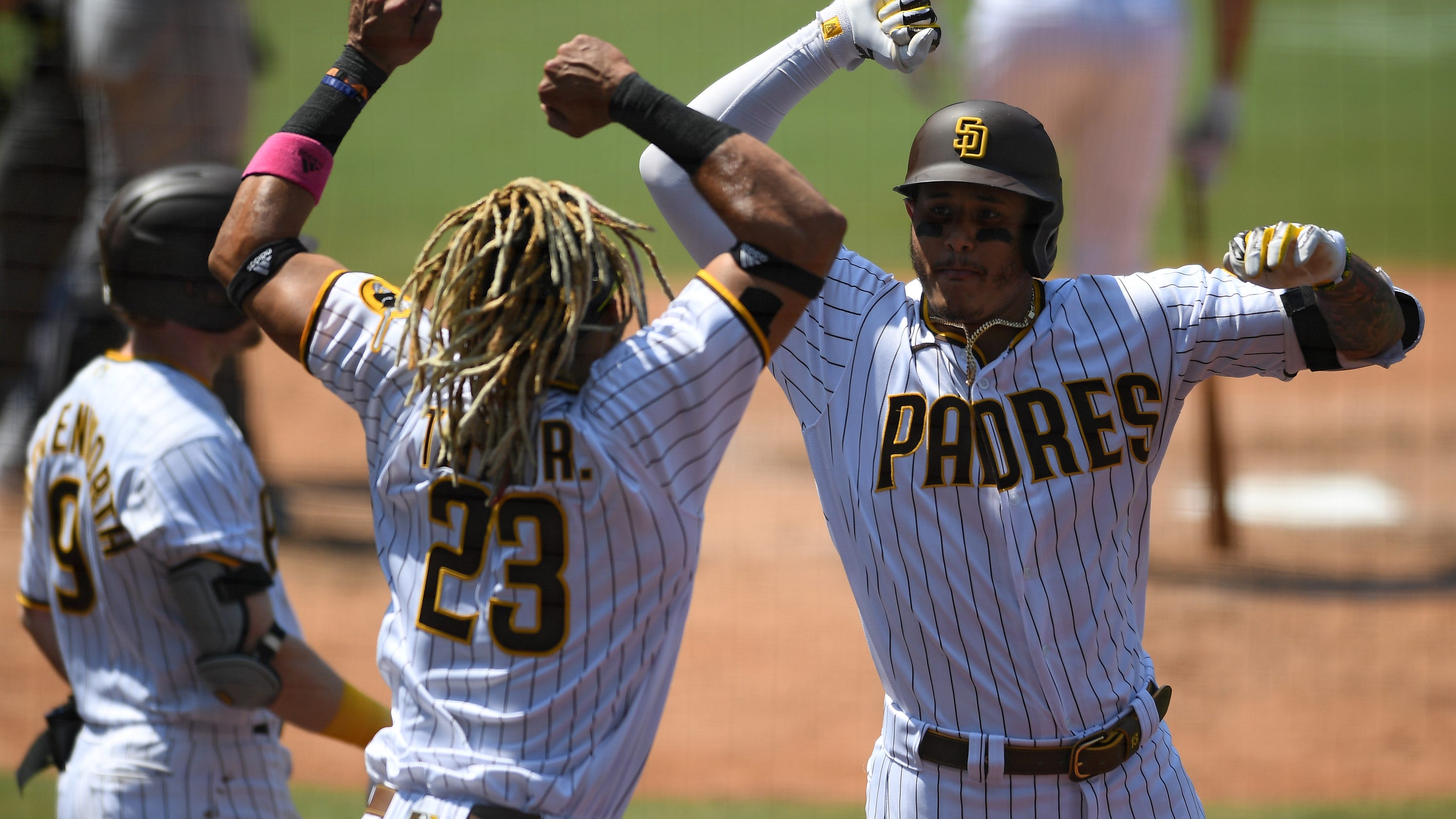 San Diego may be a quiet coastal city but its baseball team made plenty of noise at Major League Baseball’s trade deadline.

When the smoke cleared Monday, and the deadline had passed, no one stood mightier than the San Diego Padres, who made six deals with five teams, involving 23 players and three players to be named.

Their biggest move was Monday morning, acquiring Cleveland Indians starter Mike Clevinger, after being told Sunday they were out before significantly increasing their offer.

It wound up as a nine-player deal with the Padres sending outfielder Josh Naylor, Cal Quantrill, catcher Austin Hedges and two of their top 15 prospects (shortstop Gabriel Arias and pitcher Joey Cantillo) to Cleveland for Clevinger, outfielder Greg Allen and a player to be named later.

In the words of their beloved late broadcaster Jerry Coleman: “Oh, Doctor!’’

The Padres, 21-15, with the third-best record in the National League, now are just 24 games away from their first postseason berth since 2006.

Coming off nine consecutive losing seasons, San Diego was able to pull off its haul while dealing only one top five prospect in Taylor Trammell.

“I think this is a team to make a serious, serious run,’’ Clevinger said. “I don’t think there’s going to be many teams get in the way what we got right now.’’

Well, the Los Angeles Dodgers may have something to say about that, but, hey, you can’t help but love the enthusiasm.

“I think we’re the most exciting team in baseball by far right now,’’ Clevinger said. “This is kind of the place to be.’’

The Padres, who have now made five trades with Cleveland in the last 25 months, capped off a wild week in which they also landed two catchers (Austin Nola and Jason Castro, a DH and former World Series MVP (Mitch Moreland), and a reliever (Trevor Rosenthal).

San Diego already had a terrifying lineup, and was thrilled to grab Moreland, who is batting .328 with eight homers and a .430 on-base percentage. The Padres may lead the majors with an .836 OPS (on-base-plus-slugging percentage), but their DHs are hitting just .205 this season with .574 OPS.

The Padres greatly upgraded their offense at catcher too. Their catching corps, led by Austin Hedges, was hitting .146 with a .228 on-base percentage and .291 slugging percentage. The only risk is that the Padres suddenly are asking two new catchers who they never met to suddenly be entrusted to lead a pitching staff. It will be a crash course in video, scouting reports, and pitcher-catcher relationships.

It was disastrous. The Padres finished in fourth place, 74-88, in 2015, and actually managed to get worse, losing at least 91 games the past four seasons.

Now,they have a winning record for the stretch run, making the kind of moves that could make them dangerous in October.

“It’s extremely motivating,” Padres first baseman Eric Hosmer said. “We’ve been on the other side of this the last couple of years when it comes to the deadline. To add pieces, add guys that are proven, to add guys that are doing extremely well right now to this team, it just gives you that boost.”

While the Padreshoisted their trade deadline championship flag, everyone else was putting on their backpacks ready for the trek.

Certainly, the expanded playoffs to 16 teams buoyed teams’ aspirations at the trade deadline.

The Miami Marlins, who haven’t been to the postseason since 2003, were buyers instead of sellers. They picked up the best position player on the market in veteran outfielder Starling Marte from the Arizona Diamondbacks, trading Caleb Smith, Humberto Mejia and Julio Frias.

The Toronto Blue Jays, who haven’t played a single game in their home ballpark, acquired infielder Jonathan Villar from the Marlins and brought in three starters with Ross Stripling of the Dodgers and Robbie Ray from the D-backs, having already obtained starter Taijuan Walker.

The Cincinnati Reds, who haven’t been to the postseason since 2013, and believe they can overcome their 15-19 start, grabbed closer Archie Bradley from Arizona and outfielder Brian Goodwin from the Los Angeles Angels.

The New York Mets, who may have a new owner in place by the time the playoffs roll around, pulled off a last-minute trifecta by bringing back third baseman Todd Frazier from the Rangers along with catcher Robinson Chirinos and Orioles pitcher Miguel Castro.

And while the World Series may go through the Dodgers, the first-place Chicago Cubs loaded up by grabbing a pair of left-handed relievers in Josh Osich and Andrew Chafin along with outfielder Cameron Maybin.

Yet, as far as blockbusters, not this time.

Why, most of the teams sitting in comfortable position for the playoffs decided not to do a single thing. The New York Yankees, Dodgers, Houston Astros, Tampa Bay Rays, Chicago White Sox, Minnesota Twins and Atlanta Braves sat this one out too.

Finances played a huge role in the dullness with no team willing to pick up significant contracts with franchises taking a massive hit this year and perhaps next season, as well.

There weren’t enough sellers, with only three teams – the Angels, Red Sox and Pirates – being more than 3 ½ games out of a playoff berth.

There was no minor-league system for scouts to evaluate prospects, and they had no access to teams’ alternate camps.

But thankfully the Padres added some excitement.

“It’s the most exciting time in baseball,’’ Clevinger said. “They’re trying to win. I think in anybody eyes, that’s a very promising thing, not just for the Padres, but for the game of baseball. That’s what the game needs, more teams out there pushing to win.’’

Maybe it brought a pandemic, or an expanded postseason, but on a trade deadline day, we finally had just about every team believing they can win.