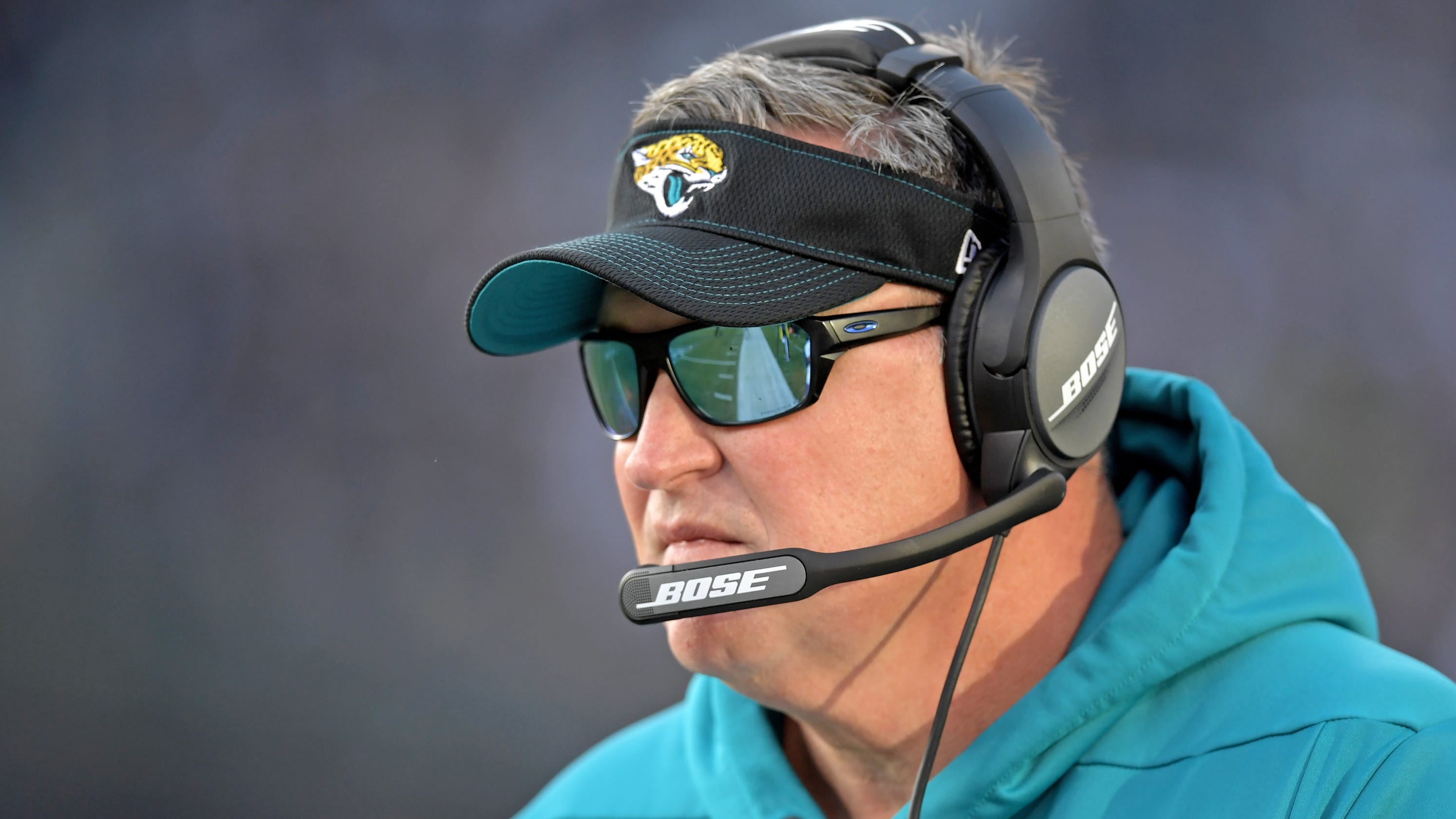 SportsPulse: It’s often forgotten but surprisingly relevant. It’s the AFC South and we break down how each team will or won’t make the playoffs this year.

The Jacksonville Jaguars’ mind-bending purge of talent continues with the exits of two more young franchise cornerstones just two weeks before the start of the 2020 season.

Jacksonville agreed on Sunday to trade top pass-rusher Yannick Ngakoue to the Minnesota Vikings. Twenty-four hours later, the team waived leading running back Leonard Fournette. And once again, we’re left questioning the direction of what once looked like a promising young franchise. The Jaguars’ fortunes have changed so drastically, and it remains unclear where their decision-makers intend to steer them.

It’s hard to believe that not even three full years ago, the Jaguars found themselves minutes away from reaching their first Super Bowl. After riding a vaunted defense to a 10-6 campaign and the conference championship game, Jacksonville led the New England Patriots for the better part of the contest before falling short 24-20, surrendering a game-deciding touchdown with less than three minutes left.

The two seasons that have followed featured loss totals of 11 and 10, respectively. And with management having either traded or cut some of the most prominent contributors to that 2017 squad’s success — Ngakoue, Fournette, cornerback Jalen Ramsey and defense end Calais Campbell, among others — in the last 10 months, a rebound in 2020 seems virtually impossible.

Jacksonville instead appears poised to contend for the No. 1 pick in next year’s draft.

This isn’t to say that Jaguars brass is indeed intent on “tanking for Trevor” — working to give themselves the best possible chance of landing prized Clemson quarterback Trevor Lawrence. That would require a clear, decisive vision, and ever since that AFC championship collapse, the Jaguars haven’t demonstrated they possess that.

They have made one miscalculation and counterproductive move after another. Displays of dysfunction have mounted just as heavily as have losses.

The rampant missteps cost executive vice president Tom Coughlin his job last December. Jaguars owner Shad Khan opted to give general manager David Caldwell and coach Doug Marrone additional time to turn things around. But the exodus of talent has continued as neither has managed to resolve the conflicts with Ngakoue or Fournette adequately enough to keep them in the fold. So averse to spending another season in Jacksonville, Ngakoue agreed to roughly a $5 million pay cut to play for Minnesota rather than earn around $17 million on the franchise tag with the Jaguars.

FOURNETTE’S NEXT NFL TEAM?: Patriots, Buccaneers could be sensible fits for ex-Jaguars RB

With little leverage, Jacksonville received second- and conditional fifth-round picks for Ngakoue. According to Marrone, the team couldn’t find a taker for Fournette, the No. 4 overall pick of the 2017 draft and a 1,000-yard rusher in two of the last three seasons.

If anything, the Jaguars needed to surround a young quarterback like Minshew with as much talent as possible. That was the recipe for their run to the AFC championship despite having Blake Bortles under center.

But now, Caldwell and Marrone have further depleted the roster.

They have certainly acquired potential building blocks to expedite a rebuild. After the trades of Ramsey and Ngakoue, Jacksonville is set to enter the 2021 with four picks in the first two rounds.

But there’s nothing that suggests that the organization knows how to properly use and develop them. From 2012-17, Jacksonville has had top-five picks. But not one of those selections — Justin Blackmon, Luke Joeckel, Bortles, Dante Fowler, Ramsey and Fournette — played more than five seasons for the team.

Because of this, Caldwell and Marrone could be dead men walking.

Khan has had patience, but has either coach or GM done anything to further secure trust?

They’ve rid themselves of disgruntled players, in hopes of avoiding locker room division. But Caldwell and Marrone appear to have steered the franchise even further away from competency. As a result, both men very well could be merely clearing the table for their replacements.