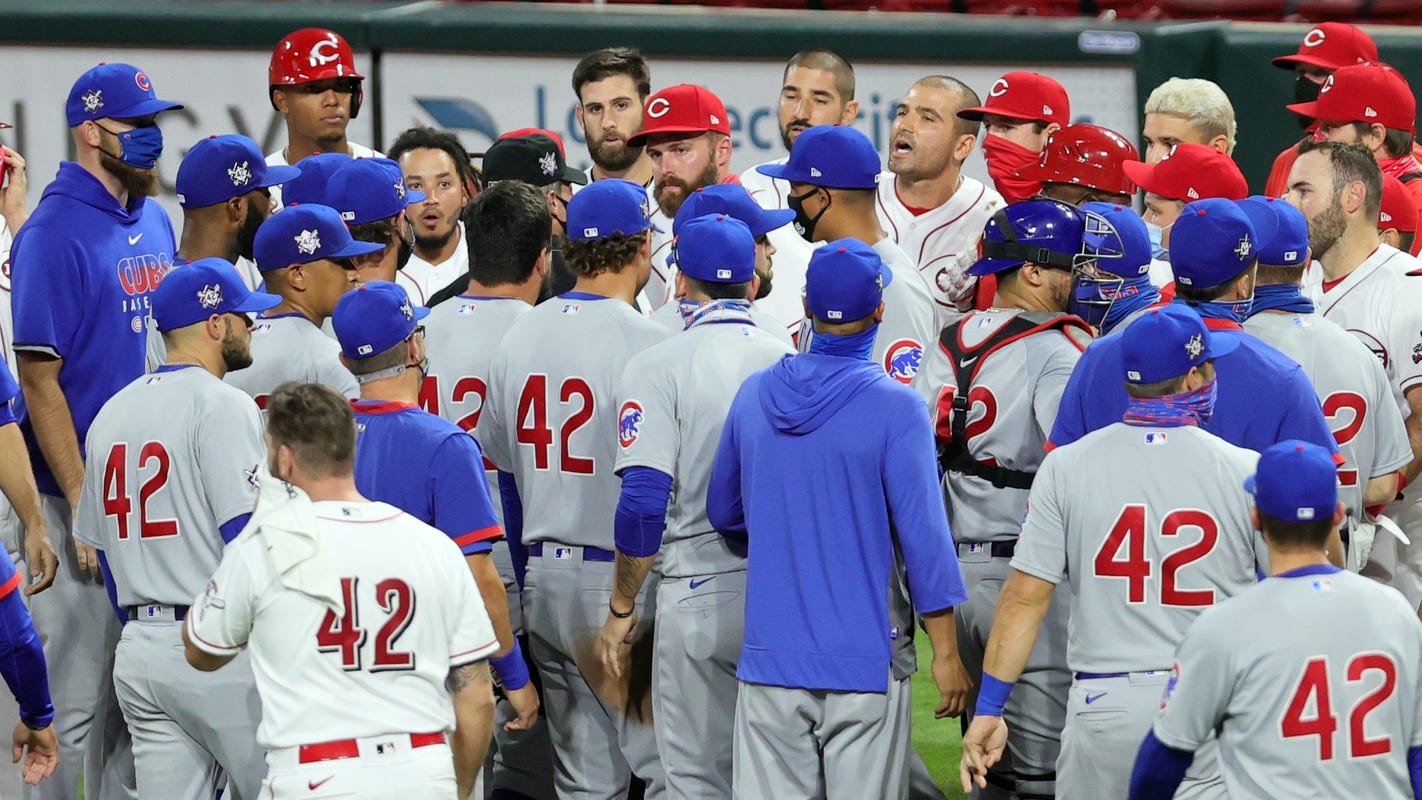 Major League Baseball announced suspensions Monday after a bench-clearing incident in the second game of a doubleheader Sunday between the Cincinnati Reds and Chicago Cubs, in which five people were ejected.

Reds manager David Bell and outfielder Jesse Winker each drew one-game suspensions that will be served Monday night when Cincinnati plays the St. Louis Cardinals, as well as undisclosed fines. Winker has the option to appeal the suspension.

Cubs coach Mike Borzello was also suspended one game and fined. The suspension will be served Tuesday night when the Cubs play the Pittsburgh Pirates.

Reds first baseman Joey Votto was not suspended but received an undisclosed fine for leaving the bench and inciting during the incident, which happened in the fourth inning of Saturday night’s game.

“That’s not a slip, that’s not a miss, that’s not a grab-some-rosin slip,” Cubs manager David Ross said after the game. “That was intentional. There’s no doubt in my mind about that.”

In the first game of the doubleheader, Rizzo hit a pair of home runs and had doubled in his first at-bat of the second game.

“My ball was running a little bit more today, which isn’t a problem,” Antone said after the game. “I know a lot of people are saying it was intentional – it wasn’t. I was trying to execute a fastball up-and-in to him.”

Antone said he spoke with Rizzo after the game to tell him the pitch was not intentional.

The Reds’ and Cubs’ benches and bullpens have emptied. David Bell, Joey Votto, and Jesse Winker have been ejected. pic.twitter.com/47p6WMqi58

The umpires huddled and issued warnings to both benches. After explaining the warnings to managers from both teams, home plate umpire Nic Lentz ejected Cubs catching coach Borzello from the dugout. Ross came out of the dugout to argue and was ejected.

In the bottom half of the fourth, Cubs reliever Adbert Alzolay threw a high fastball to Reds outfielder Shogo Akiyama, though it wasn’t as high as the pitch to Rizzo. Votto and Cubs outfielder Kyle Schwarber exchanged words from their dugouts.

Rizzo, who was on the field at the time, exchanged words with Bell, prompting both benches to clear. There was no pushing or punches thrown, just words exchanged along the first-base line.