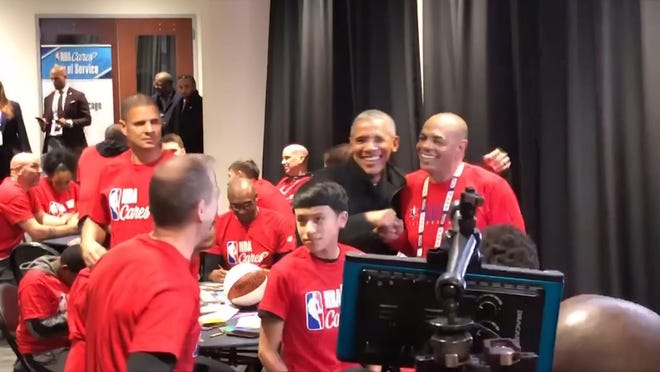 
CHICAGO — It didn’t take long for Zion Williamson to make a lasting impression at the NBA Rising Stars Challenge on Friday night.

The dunks also appeared to temporarily damage some equipment in the process.

After an alley-oop connection from Memphis Grizzlies guard Ja Morant at the 1:34 mark of the second quarter, the backboard was visibly shaking. By the time Trae Young found Williamson for another thunderous slam with 1:09 remaining, the backboard wasn’t only shaking — it was left tilted.

Williamson then caught a between-the-legs alley-oop from Morant to send the crowd into a frenzy. As the teams went into halftime following a Luka Doncic half-court 3-pointer with one second left, the backboard was still tilted.

The backboard was readjusted at halftime by Spaulding, a person familiar with the situation told USA TODAY Sports. They were granted anonymity because they were not authorized to speak on the matter.

Williamson, whose size (6-6, 285 lbs) and power helped make him the No. 1 pick last summer, had 10 points in the first half to pace the U.S. team against Doncic’s World team.