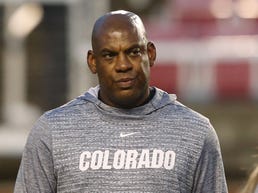 
Edmonton Oilers forward Zack Kassian faces a lengthy suspension after he kicked an opponent in the chest with his skate Thursday night.

The NHL’s Department of Player Safety tweeted Friday that it was offering Kassian an in-person disciplinary hearing over the incident involving Tampa Bay Lightning defenseman Erik Cernak, who wasn’t hurt on the play.

That means a potential suspension of six games or more. The date and time are to be determined.

“He kicked me when he was on the ice,” Cernak told reporters. “I think he was a little mad at me.”

The incident occurred late in the first period. Kassian checked Cernak near the blue line. Oilers forward Josh Archibald then lost his balance and knocked over both two players. Cernak held the two Oilers down and Kassian pushed his skate into the Lightning defenseman’s chest before getting up.

No penalty was called on the play.

He added: “If I kicked him hard, he would have flew back, or the ref would have called a penalty.”

NHL players have lots of padding on their chest, so Cernak was fine. He took a brief look at Kassian and both continued to play.

“I asked him what was wrong with him because that’s not the right play to do on the ice,” Cernak said. “He didn’t say nothing, so I don’t know.”

Kassian was suspended in January for two games for instigating a fight against the Calgary Flames’ Matthew Tkachuk after objecting to a couple hits from the forward.

In his first game back, he and Tkachuk fought again.

Kassian has a career-best 30 points and recently signed a four-year, $12.8 million extension.