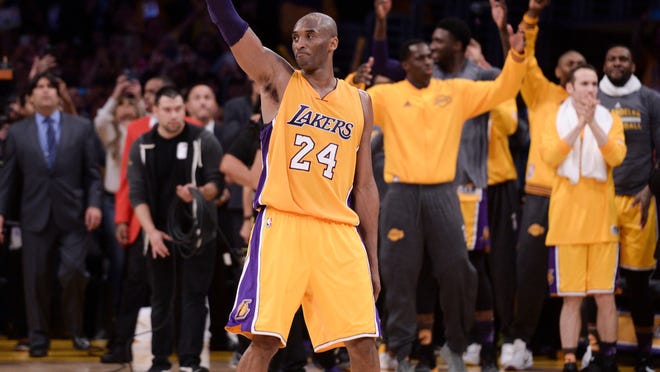 Celtics will retire Kevin Garnett’s No. 5 next season


BOSTON — Kevin Garnett made a major impact on the Boston Celtics during a six-year stay with the franchise.

He helped transform one of the worst teams in the league into an NBA champion in the 2007-08 season, was the Defensive Player of the Year and made the All-Star team five times. For all Garnett did, the franchise is going to honor him in a special way during the 2020-21 season.

Garnett’s No. 5 will be raised to the rafters at the TD Garden, taking its place in a blank square next to teammate Paul Pierce.

The Celtics made the announcement in unique fashion during the first quarter of Thursday night’s game against the Los Angeles Clippers at the TD Garden.

They did so via a tribute to Garnett that was shown on the video board during a timeout. The video ended with a message said that No. 5 would be retired and the crowd erupted.

“I’m honored and thankful to have my number retired with the Celtics,” said Garnett. “I will always have immense respect and appreciation for ownership, Danny Ainge, Doc Rivers, my past teammates and Celtic Nation!”

Garnett was traded by the Minnesota Timberwolves to the Celtics in the summer of 2007, joining Ray Allen, who had just been acquired from the Seattle SuperSonics, and Pierce.

The team put together the league’s best regular-season record, then defeated the Los Angeles Lakers in six games for the Celtics’ first title since 1986.

PASSING FANCY:The key to LeBron’s game has always been his passing

Garnett brought a new attitude to the franchise, changing things with his approach and leadership. Kevin McHale, whose No. 32 is in the rafters and who traded Garnett to the Celtics, and Rivers, now the coach of the Clippers, were in the building Thursday night.

“I think he was a great teammate,” Rivers said before the game. “I don’t think that gets enough play. He was phenomenal teammate. He was all about winning. His IQ was incredible. It was off the charts.

“I’ve often said about him he’s the greatest superstar role player ever. He was a superstar, but he played his role for the team anyway. He changed the culture of this franchise, he really did. We needed a guy like that to come to the franchise, and he did that and it’s still here. It hasn’t left since. That was all Garnett.”

On Friday, Garnett will be one of the finalists for induction into the Basketball Hall of Fame later this year. The inductees will be revealed in April at the NCAA Final Four.

“From the moment he arrived in the summer of 2007, Kevin changed everything for us,” Celtics co-owner Wyc Grousbeck said in a statement. “His complete commitment to winning was a decisive factor in our 2008 championship. He will always be one of my very favorite Celtics.”

Added co-owner Steve Pagliuca: “KG arrived in Boston as a quintessential Celtic who embraced the team-first ethic and brought a competitive fire. We will be forever grateful for his extraordinary contribution to bring the 17th championship banner to Boston and we will always remember him as a leader on and off the court.

“He is the true embodiment of Celtics pride.”

The Celtics have retired the numbers of 20 players, plus No. 1 for former owner Walter Brown and No. 2 for longtime coach Red Auerbach.