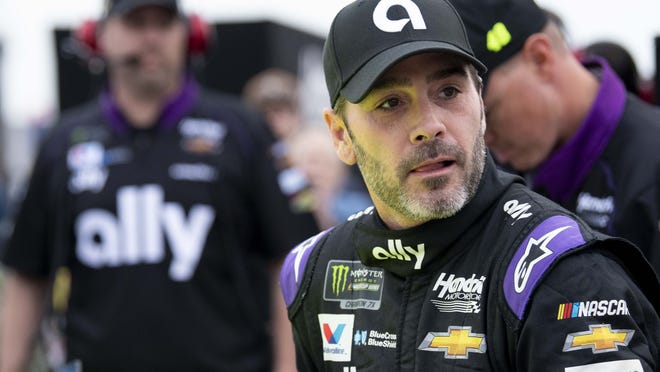 NASCAR storylines to watch as Daytona 500 kicks off 2020 season


DAYTONA BEACH, Fla. – After one of the shortest offseasons in sports, it’s Daytona 500 time again, and the race kicks off the 2020 NASCAR Cup Series season.

Kyle Busch is the defending series champion after winning his second title in November, and the top three Xfinity Series drivers, including 2019 champion Tyler Reddick, have moved up to the premier series.

Oh, and seven-time Cup champion Jimmie Johnson is retiring at the end of the year.

There are several storylines to keep track of this season, so here are the top five questions we have going into the first race of the year.

1. Will Jimmie Johnson win a race in his final season?

This will surely be one of the dominant stories of the 2020 season. Johnson’s 19th full-time season will be his last, and despite his 83 wins, the Hendrick Motorsports driver is in the middle of the worst stretch of his career. He hasn’t been to victory lane since 2017, when he won three races, and didn’t make the playoffs in 2019.

WHAT TO EXPECT:Dale Jr., Jeff Gordon and Danica’s advice for Johnson

NEXT UP:Which Hendrick driver fills the void after Johnson retires?

But this is his first full season with crew chief Cliff Daniels, who took over in the middle of last season, and Johnson told NBC Sports at the time he brings “a spark there that I’m not sure we were aware we were missing.”

When USA TODAY Sports asked Johnson on Wednesday at Daytona International Speedway if he would be OK without winning at least one more, he said simply: “I wouldn’t have a choice.”

Johnson’s No. 48 Chevrolet had some speed during qualifying for the Daytona 500 last Sunday, coming in fourth behind pole winner Ricky Stenhouse Jr. and Hendrick teammates Alex Bowman and Chase Elliott. (However, since he wasn’t in the top two, his spot in the starting lineup won’t be determined until Thursday’s duel races.)

So maybe that’s the first sign of hope for Johnson and his team. Whether you’re a 48 fan or not, it’s hard to deny the poetic finish of Johnson winning at least one more race and qualifying for the playoffs. But we won’t know if his car has lasting and versatile speed for a few more weeks.

Joe Gibbs Racing opened the 2019 season with Denny Hamlin winning the Daytona 500 and closed it with Kyle Busch winning his second championship, beating out teammates Hamlin and Martin Truex Jr., along with Stewart-Haas Racing’s Kevin Harvick. Along with Erik Jones, the JGR drivers combined to win 19 of 36 races last season. But can they keep it up?

“It’s almost impossible,” said Hamlin. “I enjoy the challenge of us going out there. I like our chances any time there are changes, that our organization adapts quicker than anyone.”

Last season was unprecedented for a team’s dominance, so that’s a high bar to clear. However, there’s no reason to think Busch’s and Hamlin’s teams won’t pick up right where they left off. Truex will need to adjust to a new crew chief in James Small, formerly the team’s lead engineer, after the often brilliant Cole Pearn announced his surprise retirement at the end of last year.

And in his third season with the powerhouse team, Jones, who won the Busch Clash exhibition race Sunday, looks poised to start pulling his weight with more than one win a season.

3. How will the 2020 Cup Series schedule changes impact the competition?

Homestead-Miami Speedway is in March, Pocono Raceway has two races in two days, Daytona’s summer race is the regular-season finale, Darlington Raceway and Bristol Motor Speedway are on the playoff schedule – with Bristol hosting the first elimination race — and Phoenix Raceway is hosting championship weekend in November.

NASCAR spiced up the 36-race schedule a little, drivers dig it and things could get wild, especially in the latter half.

Almost certainly, and it practically already has with NASCAR’s potential future free agents and their contracts being a popular topic going into the Daytona 500. Several of the sport’s biggest names could end up switching teams at the end of the 2020 season, including Chip Ganassi Racing’s Kyle Larson, Team Penske’s Brad Keselowski and Ryan Blaney, Hendrick’s Bowman, JGR’s Jones and Stewart-Haas Racing’s Clint Bowyer.

Plus, with Johnson retiring, there’s a guaranteed opening with Hendrick, and a lot of potential for movement should these guys, and more, become free agents.

“There are always rides available, but there are usually limited amounts of very good rides, and this year there are several of them,” Bowyer said Wednesday at Daytona International Speedway.

5. Which driver will win his first race?

I’d bet on William Byron, who’s in his third season with Hendrick Motorsports. He and crew chief Chad Knaus have one year together under their belts, and it wouldn’t surprise anyone if they make it to victory lane at least once.

Another option is Matt DiBenedetto, who came close at Bristol Motor Speeway in 2019 before finishing second and is now in his first season in the No. 21 Wood Brothers Racing Ford.

Or maybe it’s Cole Custer, a rookie who’s taking over the No. 41 Stewart-Haas Racing Ford.