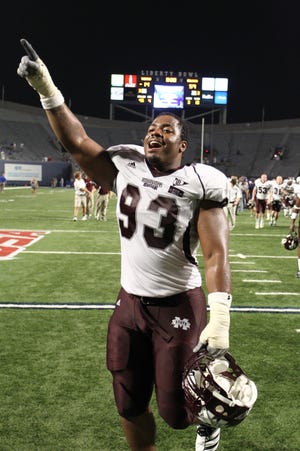 
A body found in a lake in Lee County, Mississippi this week was officially identified as a former Mississippi State football player, the Coroner’s Office said Wednesday.

Authorities recovered a man from a lake Monday, and the body was sent to a state hospital in Jackson. Lee County Coroner Carolyn Green confirmed the identity of the man was Philemon Jones, 27.

There were no signs of foul play at the scene and Jones was clothed in the lake, according to Johnson. A cause of death has not been officially determined, Johnson said.

As a true freshman, he made four tackles, broke up a pass and recovered a fumble in a season-opening win at Memphis. He was named MSU’s defensive player of the week for his performance in the Bulldogs’ win over No. 8 LSU on Sept. 20, 2014.