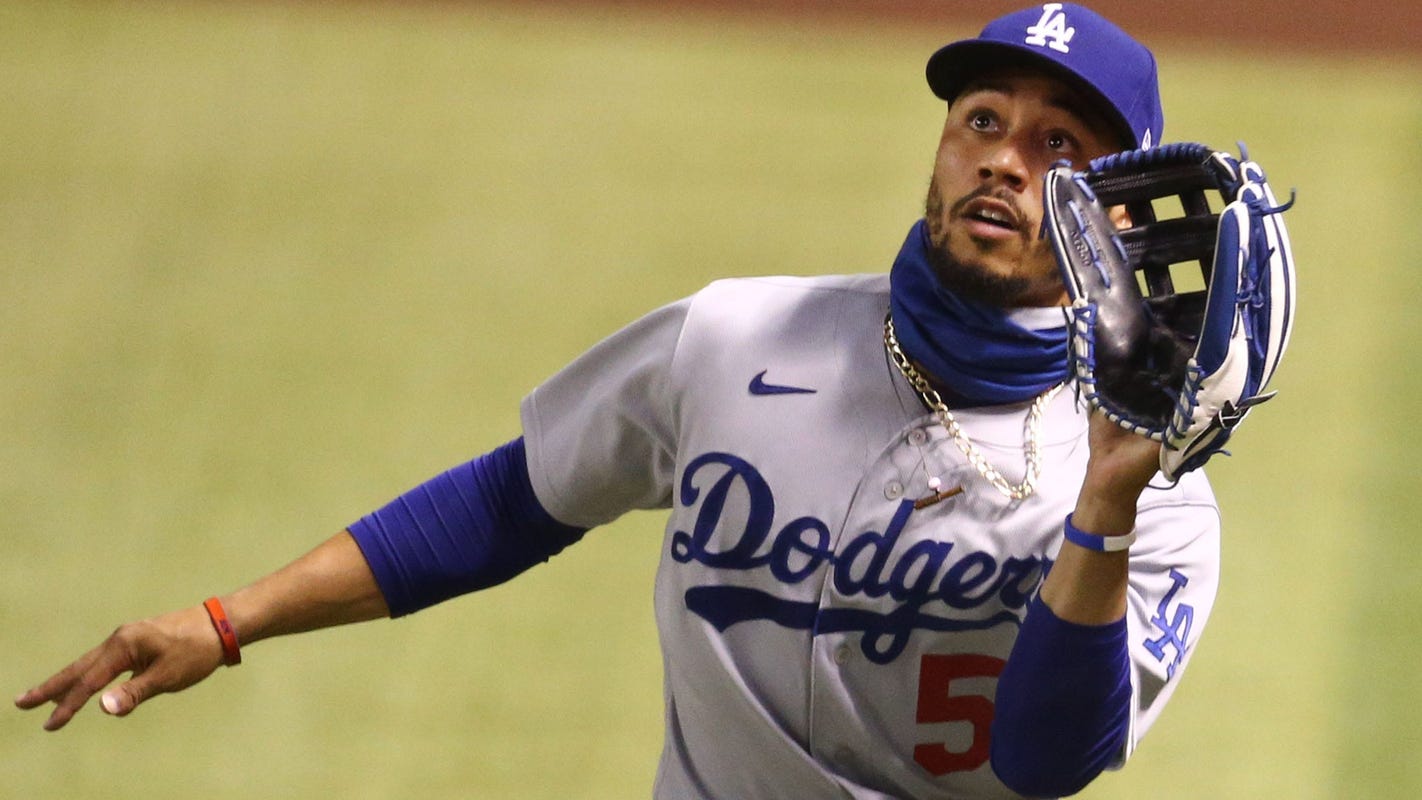 Percent of Blacks in MLB still low, but there are signs of growth

It has been excruciatingly slow, tormenting Major League Baseball, creating skepticism and doubt anything will change.

The numbers still are embarrassingly low, but finally there are signs of growth.

“We live in a microwave society, and we want to see instant change,’’ said Bob Kendrick, president of the Negro Leagues Baseball Museum, with the 100th anniversary of the league to be celebrated Sunday throughout baseball. “That doesn’t happen in baseball. But I am encouraged.

“I do think we’re seeing a total shift in interest in this sport, and that’s what gives me hope, that we start seeing a reversal of those numbers.’’

MLB has seen a small increase in the percent of Black players on opening-day rosters this year, with 7.8%, or 80 players, comprising the 30-man rosters, injured and restricted lists, according to analysis by USA TODAY Sports.

There are three teams – the Arizona Diamondbacks, Kansas City Royals and Tampa Bay Rays – that didn’t have a single Black player on their opening-day roster. And 14 of the 30 teams have two or fewer.

The Seattle Mariners have more Black players than the entire American League Central Division, and as many as the NL West.

Certainly, the Mariners are the outliers, with 10 Black players on their opening-day roster, and 12, including those at the team’s alternate camp.

“I think you have to go back to the Negro Leagues,’’ Kendrick said, “to find that many Black players on one team.’’

Andy McKay, the Mariners director of player development, said, “I don’t have the answer you might be looking for, but we have a core group of Black players because they’re really good baseball players. We’re trying to find the best players we can find.’’

Now, with college coaches making a conscious effort to provide avenues for amateur players who aren’t in showcase events, and whose parents aren’t shelling out thousands of dollars each year in travel ball, a difference is being made.

Meet Edwin Thompson, 40, head coach of Eastern Kentucky University, who happens to have 18 Black players on his roster.

He has had nine players drafted or signed by major league teams in his five-year tenure, including All-American catcher A.J. Lewis, who signed last week with the Colorado Rockies. Incredibly, none of his nine pro players were even drafted out of high school.

BLACKMON:Rockies OF could be MLB’s first .400(*) hitter since Ted Williams

INDIANS: Fiasco is a case study in carelessness

“I really feel like there’s more Black players coming now, and I think we’ll see a wave in the next three to five years,’’ said Thompson, one of only three Black head coaches in NCAA Division I. “We look everywhere to find the best players where people may not be looking. You hear people say, ‘Oh, they’re just not out there.’ No, that’s an excuse. They’re out there.

“These kids are just getting unrecruited. You just have to find them. You go to neighborhoods and places that may not be comfortable. If coaches don’t come from diverse backgrounds, they’re going to recruit the players they’re comfortable with.

“It’s just a choice of how you want to recruit.’’

The greatest advertisement for Black collegiate baseball players was last year’s College World Series championship between Michigan and Vanderbilt, with seven African-Americans on each team, representing 20% of the best two programs in the country.

“We think our roster should look like the United States of America,’’ Michigan coach Erik Bakich said. “The game of baseball is too white. It needs more opportunities. Look at the cost of travel ball and these showcases. There are 9-year-old kids paying $3,000 a year for travel ball. That’s ridiculous. It prices out all of the lower income families, and that’s a mistake.

“You look at every college campus, and the best athletes are on the football and basketball teams. We’re losing our best athletes to those sports because we are outpricing them out of baseball, and that’s baseball’s loss.

“Major League Baseball sees this, and has taken the lead on this, with programs designed to give players the opportunity to play with high-level exposure.’’

There have been 136 players drafted in the past five years from those programs, including Ed Howard of the Chicago Cubs, and Jordan Walker of the St. Louis Cardinals, the first alumni of the Breakthrough Series to become first-round picks.

The amateur draft, slashed from 40 rounds to five rounds this summer – with as few as 20 rounds in future years – could lead to more kids with professional aspirations now opting for college.

The first seven picks in the 2020 draft were collegiate players for the first time in the draft’s history, including Vanderbilt’s Austin Martin, one of 15 African-Americans selected in the draft. There were 24 first-round selections from college, and a record-low number of high school players selected among the first 100 picks.

Mookie Betts is one of 80 Black players in the majors this season. (Photo: Rob Schumacher, The Republic)

“If baseball is reducing the minor-league teams, and reducing the draft,’’ Bakich said, “the college game is a great farm system for MLB. Maybe down the road, they can reallocate some of those dollars and help subsidize the 11.7 college scholarships. We just don’t have enough financial support for a 35-man roster, certainly not for families that can’t afford to have a good scholarship.

“If we can work together, I think you’ll see a big difference in the number of Black players in Major League Baseball.’’

Maybe, just maybe, Kendrick says, it’s a sign that it can be cool again to play baseball.

The clothing line former Yankees star CC Sabathia designed last month to honor players in the Negro Leagues, with part of the proceeds going to the Negro Leagues Museum, has been enormously popular. Every player will also wear Negro League patches on their uniforms Sunday to honor its 100-year anniversary, sparking conversation.

“I hope that all of the work we’re doing is starting to hit home,’’ Kendrick said. “As inspiring baseball players, it’s important they understand they do have a proud legacy in this game. The 100-year anniversary raises the profile of Negro League history. They can see that legacy, realize they have a place in this sport, and want to play this game.’’

Young athletes are suddenly paying attention to baseball again. They’re hearing a majority of Black players, for the first time, speaking out about the inequalities in society and in the game. They see one of their favorite young stars, Los Angeles Dodgers outfielder Mookie Betts, signing one of the biggest contracts in baseball history.

They finally are seeing change, perhaps wanting to join the movement to make a difference, themselves.

“This movement going on in this society doesn’t change who they are,’’ Thompson says, “but changes the thought process. There’s a lot of positive momentum. The talent is definitely coming.

“Everyone is seeing it.’’