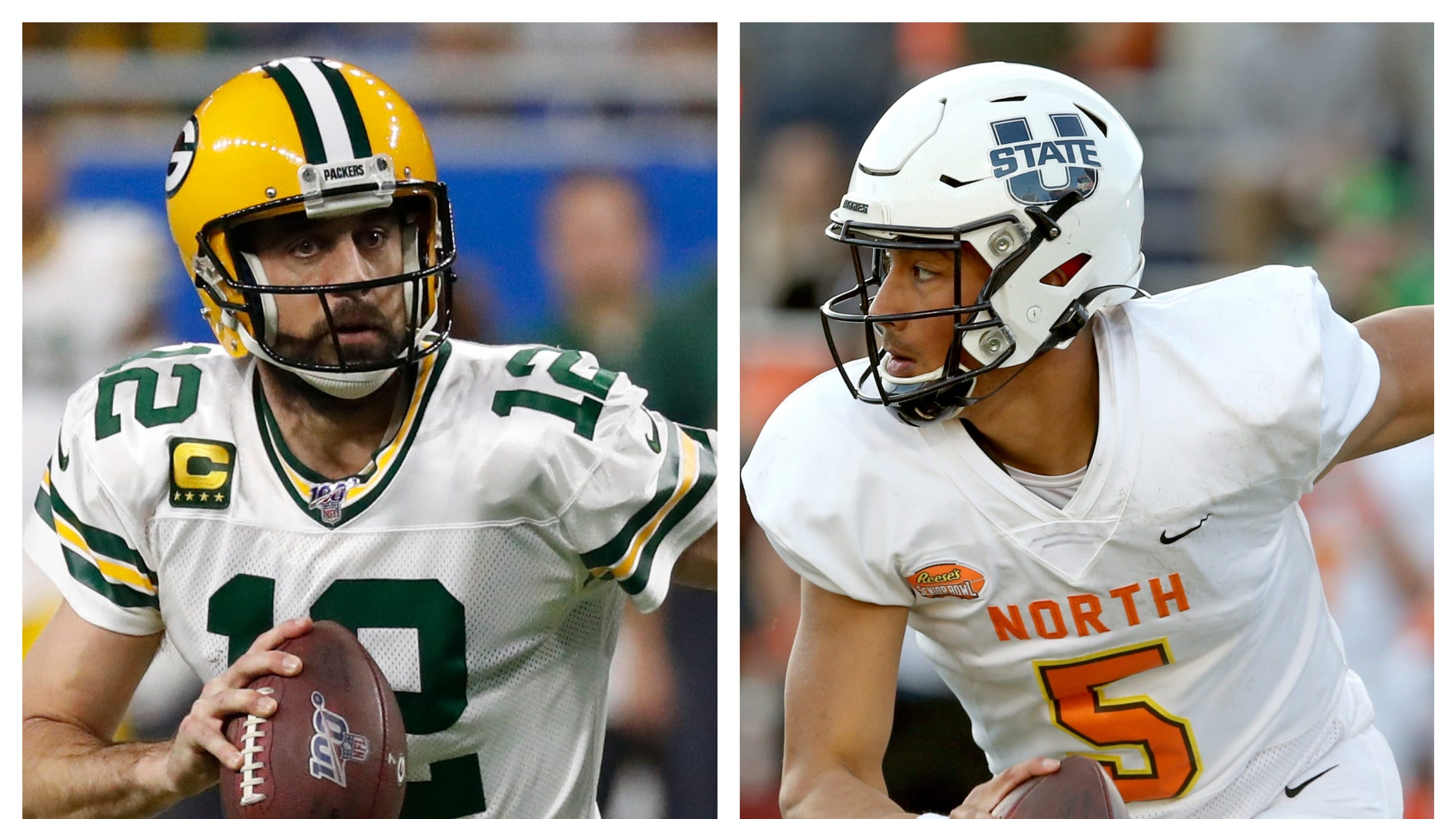 SportsPulse: We are less than a month away from the scheduled kickoff of the NFL season. Here is our preseason power rankings for 2020. There are plenty of surprises.

GREEN BAY — In the 2016 draft, former general manager Ted Thompson was thinking a couple years down the road when he traded up nine spots in the second round for tackle Jason Spriggs.

The plan was for Spriggs to be the Green Bay Packers’ backup swing tackle for a season or two, then replace either Bryan Bulaga on the right side or David Bakhtiari on the left, depending on the health and cost of the team’s starters

The handful of NFL scouts and coaches from around the league I asked about Spriggs after that draft liked him a lot. This looked like a smart move at an important position for the Packers’ future.

Yet, by 2019 Spriggs had washed out, while Bakhtiari and Bulaga were still manning the outsides of the Packers’ offensive line.

Similarly, the Packers tried to remake their secondary by selecting Ha Ha Clinton-Dix, Damarious Randall and Quinten Rollins in the first and second rounds of the ’14 and ’15 drafts. None of the three even made it through their rookie contracts with the team.

Yes, plans change in the NFL, all the time. That’s worth keeping in mind as the Aaron Rodgers-Jordan Love saga starts Saturday at the first real practice of Packers training camp this year. This could take a while to play out, and you never know how things might look a year from now, let alone two or three.

OPINION: Jerry Jones angling toward right side of history on protests during anthem

No doubt, general manager Brian Gutekunst and coach Matt LaFleur really, really like Love as a prospect. They traded up in the first round to get him. That tells all you need to know.

Yes, the best guess is that Love will take over as the Packers quarterback in 2022, based on Rodgers’ contract and Love’s likely development timeline.

But it’s hardly a given that’s the way things will unfold, which is worth remembering during the ebb and flow of the coming days, weeks, months and even years. Don’t assume this will go as it was drawn up. Things often don’t in this league.

What if Rodgers goes on a binge and plays some of the best football of his career in his late 30s, like Tom Brady did after the New England Patriots drafted Jimmy Garoppolo in 2014? Would Gutekunst and LaFleur really pull the plug in two years if Rodgers is near the top of his game and the team has a great shot at the Super Bowl?

Remember, Brady was the same age (36) when coach Bill Belichick picked Garoppolo as Rodgers is now, yet Brady remained the Patriots’ quarterback for six more years. That Love was a first-rounder and Garoppolo a second doesn’t change the dynamic. Belichick drafted Garoppolo to eventually succeed Brady, but according to Ian O’Connor, who has written a book on the Patriots coach, “Clearly, Belichick fell in love with Jimmy G as a young player. … (and Brady) outplayed the plan.”

And to those who think it’s unfathomable a first-round quarterback would sit for three years, because NFL teams just don’t do that anymore, here’s some news: It was unfathomable when Rodgers sat his first three seasons, too.

As Clark Judge of the Talk of Fame Network has reported, of the 55 quarterbacks drafted in the first round from 2000-19, only three (Chad Pennington, Philip Rivers and Rodgers) did not start in their first two seasons. Pennington and Rivers became starters in Year 3. Rodgers was the only one who had to wait until Year 4.

But go back another decade, and the story is the same. Of the 21 first-rounders selected in the ’90s, the only quarterbacks who sat their first two seasons were Jim Druckenmiller, Dave Brown and Tommy Maddox. By Year 3, Brown was a starter, while Maddox was dealt by the Denver Broncos to the Rams, and Druckenmiller washed out of the league.

The idea that Rodgers is from an era when teams gave first-round quarterbacks years to develop is a myth. It was novel when the Packers sat him for three years, it would have been novel a decade earlier, and it will be novel if it happens again with Love.

This could go the other way, too. Maybe Rodgers can’t get past LaFleur and the organization trading up in the first round to draft his replacement after he’d made clear he wants to play a long time. If Rodgers is miserable and the Packers struggle in 2020, he could try to force a trade, and Gutekunst very well might oblige.

While trading Rodgers next spring would cost the Packers a huge dead-money hit ($31.6 million according to SpoTrac), they’d actually gain $4.8 million in cap room. So it’s not like moving him would wreck the team’s cap.

Then there’s Love. His play could change plans, too.

Maybe he’ll show so much ability on the practice field or as a reliever that the Packers will be OK with moving on from Rodgers after Year 1. Or maybe they won’t feel that way until after Year 2.

But there’s also a decent chance Love will be a bust — most first-round quarterbacks are. What if in a couple years LaFleur and Gutekunst decide he’s not going to win games in this league? In that case, they’d want to roll with Rodgers as long as they can.

Drafting Love was too expensive — a first-round pick plus a fourth-rounder for the move up — to have taken him to be a backup and then trade bait. First-round picks are too valuable for that.

But drafting Rodgers’ possible successor a year early at least gives Gutekunst and LaFleur the flexibility of time. If Rodgers plays great, or they think Love doesn’t have it, they’ll probably get a second shot at their next QB.

If you had to put odds on this, sure, the best bet is that in two years the Packers will trade Rodgers and give Love his chance.

But I wouldn’t bet much. Plans have a way of changing in the NFL.