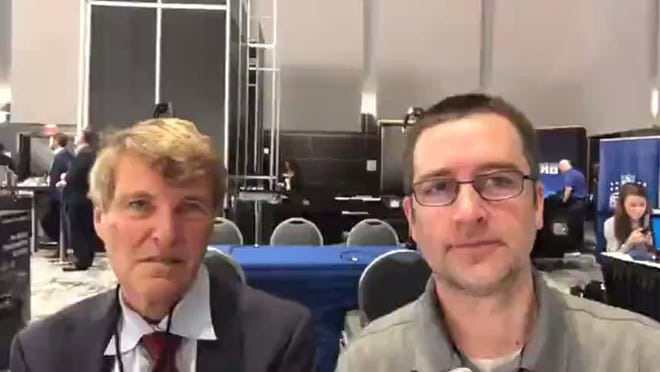 WDIV-TV, citing sources close to both Stafford and the team, reported late Wednesday night that the Lions are in talks to deal Stafford and those discussions “have been underway for a couple weeks.”

Stafford’s wife, Kelly, addressed the report late Wednesday on Instagram, writing, “Well if detroit is done with us…” over a story listing three potential trade destinations for Stafford, and “I could stay in Cali..” to one suggestion the Los Angeles Chargers would be the most likely candidate to land Stafford in a trade.

Stafford, who turned 32 last week, is entering his 12th NFL season and played some of the best football of his career last year.

He threw for 2,499 yards and 19 touchdowns with five interceptions while setting a career-high for passer rating, but played in only eight games after fracturing bones in his back in a November loss to the Oakland Raiders.

Stafford, one of the NFL’s leading ironmen for most of his career, has suffered back injuries each of the last two seasons, and the Lions have the No. 3 pick in this year’s draft, prompting speculation they could draft Alabama quarterback Tua Tagovailoa as his replacement.

LSU quarterback Joe Burrow is expected to go first overall to the Cincinnati Bengals, and Ohio State defensive end Chase Young is a leading candidate to go No. 2 to Washington.

Tagovailoa was considered the best draft-eligible quarterback in college football until he dislocated his hip late in the season. Tagovailoa is expected to be healthy enough to work out for NFL teams at some point before April’s draft.

While adding a young, cost-controlled quarterback like Tagovailoa would be appealing to most NFL teams, the Lions potentially included, there are plenty of reasons to believe trading Stafford is the wrong move for the Lions.

First, Quinn and head coach Matt Patricia were given a win-now mandate by ownership late in last year’s disappointing 3-12-1 season. Stafford gives the organization its best chance to win in 2020, and Tagovailoa’s agent, Leigh Steinberg, told the Free Press at the Super Bowl that it’s in Tagovailoa’s best interests to go to an organization where he can sit and observe during his rookie season.

Second, the Lions did a simple restructure of Stafford’s contract late last season, converting a $6 million roster bonus originally due in March to a signing bonus. That move means the Lions will incur a $32 million cap hit if the trade Stafford.

If Stafford plays for the Lions this fall, his cap hit will be $21.3 million.

Finally, with the third pick, the Lions are not guaranteed a chance to draft Tagovailoa (or Burrow). The Bengals are in desperate need of a quarterback and almost certainly will take one at No. 1. Washington could draft a quarterback second, even though it took Dwayne Haskins in the first round last year. And if it doesn’t, it would be a prime candidate to trade the No. 2 pick to another quarterback-needy team like the Miami Dolphins if the Lions were to make a move with Stafford now.

Stafford, the No. 1 pick of the 2009 NFL draft, ranks 18th on the NFL’s all-time passing list with 41,025 yards and holds virtually ever Lions passing record.

If he were to hit the open market — the Chargers announced earlier this week they were parting ways with long-time starter Philip Rivers — he would be of interest to plenty of teams.

Along with the Chargers, the New England Patriots, with Tom Brady scheduled to hit free agency in March, and New Orleans Saints (with Drew Brees also on the verge of becoming a free agent) are among other playoff contenders with uncertain quarterback situations who would benefit greatly from adding Stafford.

The Staffords did buy a house in Newport Coast, California, last year, south of Los Angeles, and are close with WDIV reporter Hank Winchester, who often appears in Kelly Stafford’s Instagram videos.