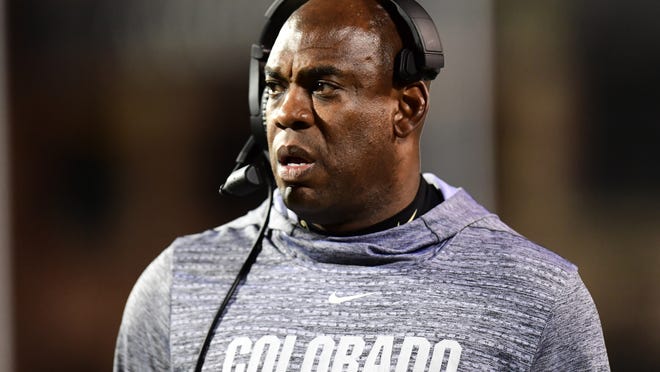 
EAST LANSING, Mich. — He called it “a little bit of a blur.” Which is probably a bit of an understatement for Mel Tucker’s past week.

One of his coaching mentors, Mark Dantonio, announced his retirement Feb. 4, a midday Tuesday bombshell that not even the Spartans’ players saw coming.

By Friday morning, Tucker was interviewing with Michigan State athletic director Bill Beekman and his search committee. About 24 hours later, after his candidacy became public, he withdrew his name and announced he would remain at Colorado for a second season as head coach.

Yet the pull to return to his Midwest roots remained strong, even as front-runner candidate Luke Fickell announced Monday he planned to remain at Cincinnati.

MSU again pursued Tucker on Monday through his representatives. By Tuesday night, Beekman made his final pitch.

“The only person we offered the job to is Mel Tucker,” Beekman said.

MEL TUCKER:Returning to Michigan State ‘a once in a lifetime opportunity’

DAILY SPORTS, DELIVERED:Get the best Sports news in your inbox!

Tucker, 48, now follows in the lineage of Nick Saban, Bobby Williams and Dantonio — all of whom he has worked with — to become the Spartans’ 25th head coach. MSU’s board of trustees voted 7-0 to approve Tucker’s hiring, with one trustee (Renee Knake) absent from the vote.

“Leaving Colorado was probably — was actually — the toughest thing that I have ever done in my career. In my life actually,” Tucker said Wednesday night at a news conference to announce his hiring. “This is the right time for me to be here. That’s really what it comes down to. The commitment is here, the resources are here, the want-to, the leadership is here.

Before Tucker woke up Wednesday morning in Boulder, Colorado, and boarded a plane to Michigan, the Cleveland native had agreed to replace Dantonio — MSU’s winningest coach, who retired after 13 seasons.

Full contract details are expected to be made public later this week, but Beekman confirmed Tucker received a six-year contract starting around $5.5 million per year. The Spartans also are expanding their assistant coaching pool to around $6 million, Beekman said, but Tucker said he has yet to formalize and finalize who will be on his staff.

Tucker left a five-year, nearly $15 million contract at Colorado that included a $3 million buyout, according to his contract obtained by USA TODAY Sports.

Tucker said he “brought quite a few bags with me, so I actually don’t plan on going back” to Colorado with his wife and children right away. The goal, he said, is “to hunker down” and get things rolling with his new program with spring practice set to start early next month.

Dantonio was not at Tucker’s introduction, and the new head coach said he has yet to speak with either Dantonio or Saban, for whom he began his coaching career working under at MSU as a graduate assistant in 1998-99 and later at both LSU and Alabama. Tucker also was Dantonio’s defensive backs coach on Ohio State’s 2002 national championship team.

Saban and Dantonio issued glowing statements about Tucker, who has worked at Miami (Ohio), LSU, Ohio State, Alabama and Georgia as an assistant in college and in the NFL with Cleveland, Jacksonville and Chicago during his 23-year coaching career. Tucker also served five games as interim coach of the Jaguars before going 5-7 last year with Colorado in his first full-time head coaching position.

Said Dantonio: “Mel is charismatic, brings good energy, and is a very forward-thinker. He’s also an outstanding recruiter who connects with his players, but also holds them accountable. He’s from the Midwest and has a Spartan background with knowledge of the Big Ten. I’m extremely excited for Mel and his family. I’m looking to support him in any way possible.”

Said Saban: “Mel has made a name for himself as one of the best and brightest coaches in our profession. I believe he will do a tremendous job as the head coach of the Spartans. MSU is getting a guy with infinite class and a great personality, who is smart, works hard, and does it with an incredible amount of enthusiasm and positive energy.”

One of the first things Tucker did when he arrived Wednesday afternoon was meet with MSU players. He said he was not given the chance to address his players at Colorado but did speak to his staff there.

What he told the Spartans, who have been going through offseason conditioning, is to jump right into the 15 allowable spring practices by early March. And his new players sensed his energy immediately.

Beekman reiterated to MSU’s board of trustees Wednesday the criteria he and the search committee — which included deputy athletic directors Alan Haller and Jennifer Smith — were seeking in a new coach. .

Tucker is MSU’s second black football coach since the program was established in 1896. Williams took over for Saban after the 1999 season and was fired in 2002.

Tucker arrived in Lansing shortly before Wednesday’s board meeting, and he was accompanied by his wife, Jo-Ellyn, and their sons Joseph (16) and Christian (14). They introduced Tucker at his news conference inside the Gilbert Pavilion attached to Breslin Center, with MSU basketball coach Tom Izzo, a number of coaches in other sports and university dignitaries including university president Samuel Stanley all on hand.

“It is my honor and pleasure to introduce the fearless leader of our family,”  his wife said, “and the guy that we just love to death and would follow him anywhere.”

Tucker — his voice wavering, his eyes at times looking weary and others getting teary — chuckled when he stepped to the podium.

“Fearless leader, huh? I like that touch,” he said with a grin. “Thank you. She’s never called me that before. Truth comes out.”

That is now what the Spartans hope they have as their new leader.

“We will do everything to prepare, practice and play relentless and accountable football with toughness and integrity. We will do that,” Tucker said. “We have much to live up to and much to prove, and I believe the time is right now.” 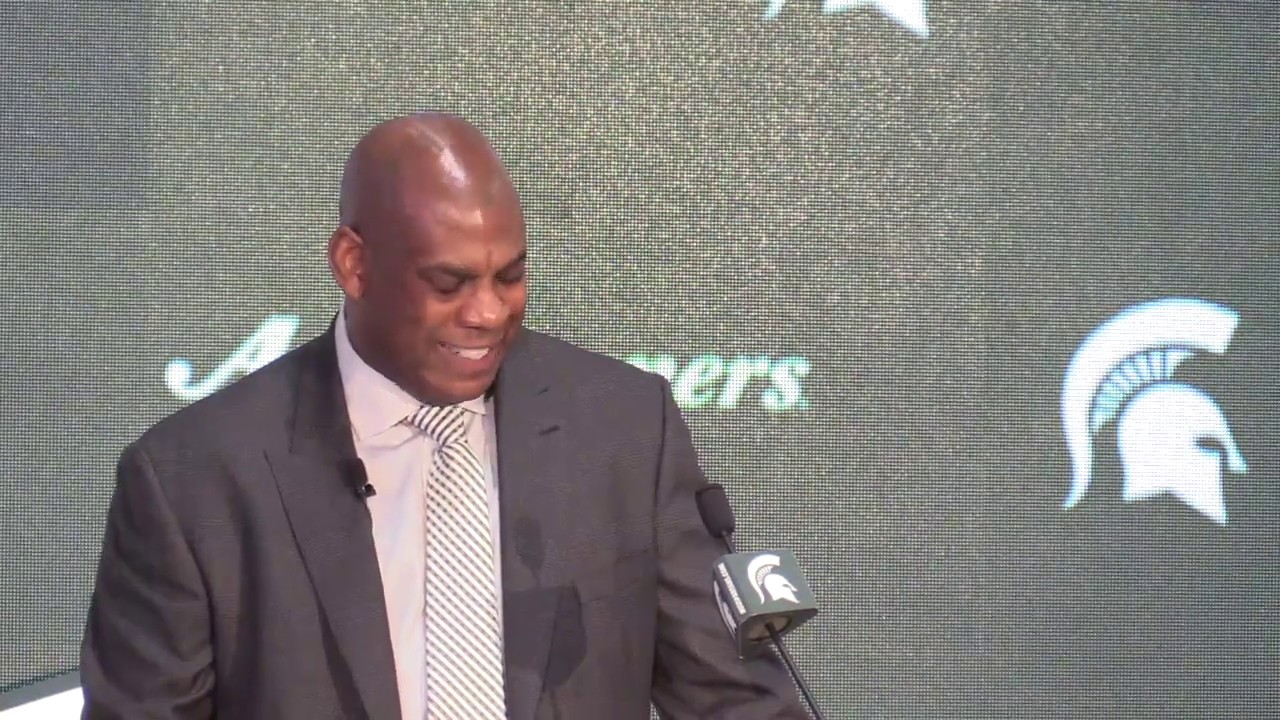